NEW YORK (Reuters) – Wall Street advanced on Wednesday as upbeat earnings kept investors focused on momentum stocks that have outperformed since the onset of the coronavirus pandemic. 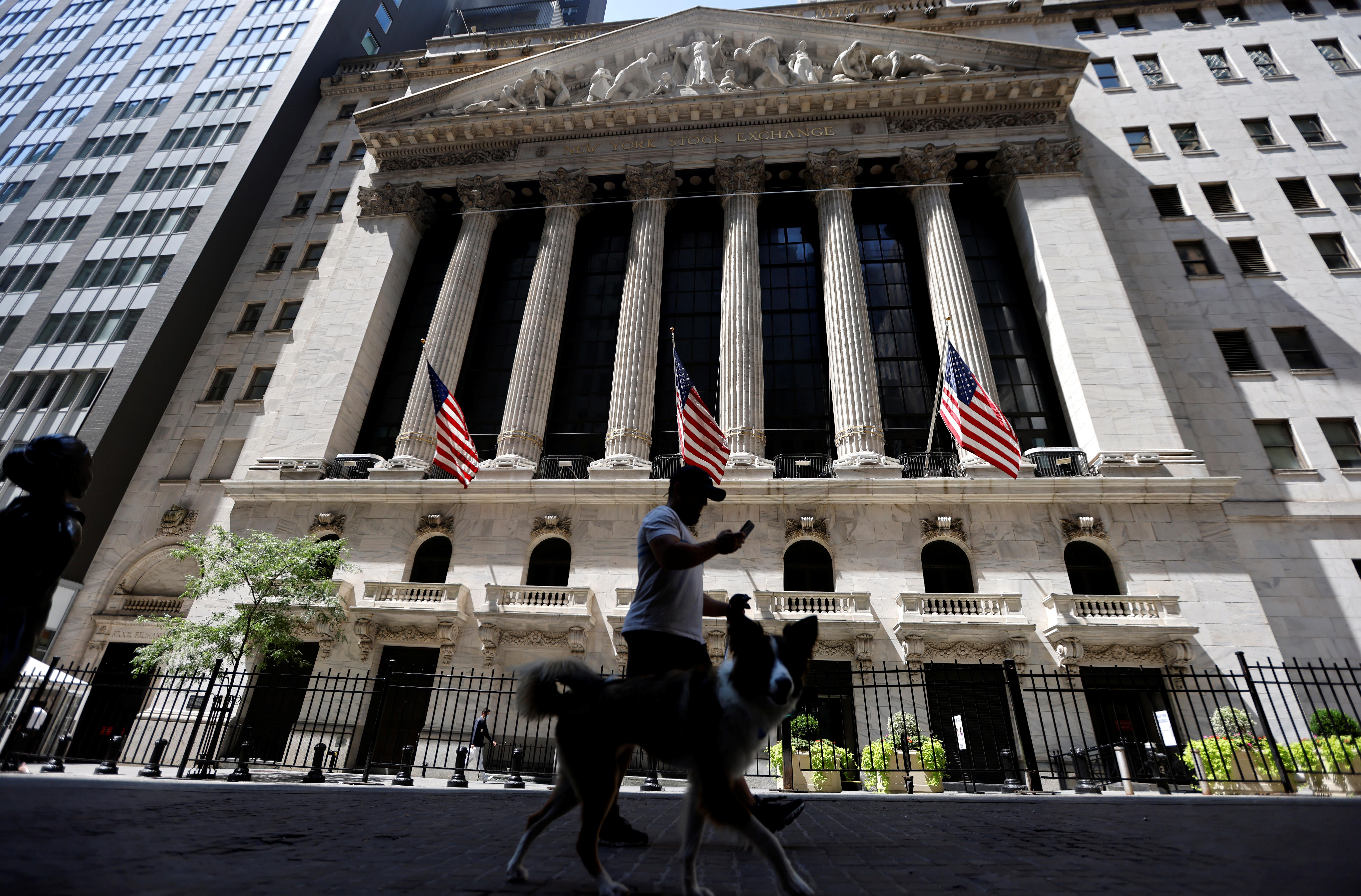 The gains set the S&P and the Nasdaq on track for their latest in a string of all-time closing highs, while the Dow, which has yet to reclaim its pre-COVID record, was only modestly higher.

The MSCI world equity index surged past its February high to reach a record peak.

Cyclical stocks, which tend to perform well in times of economic recovery, were mostly lower.

“Markets are singing the same tune,” said Peter Cardillo, chief market economist at Spartan Capital Securities in New York. “The market continues to move higher on momentum buying, and of course it’s the same Nasdaq group all the time.”

“There’s no indication of any real shift in leadership,” Cardillo added.

Energy was the biggest percentage loser among S&P 500 sectors, dropping 1.6% as Hurricane Laura bore down on the Texas-Louisiana coastline, posing the largest threat to U.S. energy assets since 2005’s Hurricane Katrina. The coming storm, now expected to strengthen to category 4, prompted crude producers and refiners to shut down their facilities.

Commercial air carrier stocks lost altitude, with the S&P 1500 Airline index dipping 1.5% even after the White House announced President Trump was weighing an executive action to avoid massive layoffs in the sector.

The U.S. Federal Reserve is expected to unveil a new framework intended to soften the central bank’s inflation stance, which Chairman Jerome Powell is expected to address during his remarks on Thursday as part of the Kansas City Fed’s virtual Jackson Hole symposium.

Communications services led the 11 major sectors in the S&P in percentage gains.

Second-quarter earnings season has wound down, with 483 of the companies in the S&P 500 having reported. Of those, 82.2% have beaten consensus, according to Refinitiv data.

In aggregate, analysts now see earnings for the April to June quarter having dropped by 29.9% year-on-year, according to Refinitiv.

Apparel retailer Nordstrom Inc tumbled 5.1% following its bigger-than-expected quarterly losses after being forced by mandated lockdowns to shutter its stores.

Declining issues outnumbered advancing ones on the NYSE by a 1.37-to-1 ratio; on Nasdaq, a 1.38-to-1 ratio favored decliners.