(Reuters) – U.S. retail foot traffic is slackening and growth in the number of shifts worked by hourly employees has ground to a halt, a clutch of high-frequency data showed this week, offering the latest evidence the economic recovery that appeared so promising two months ago is rapidly losing momentum. 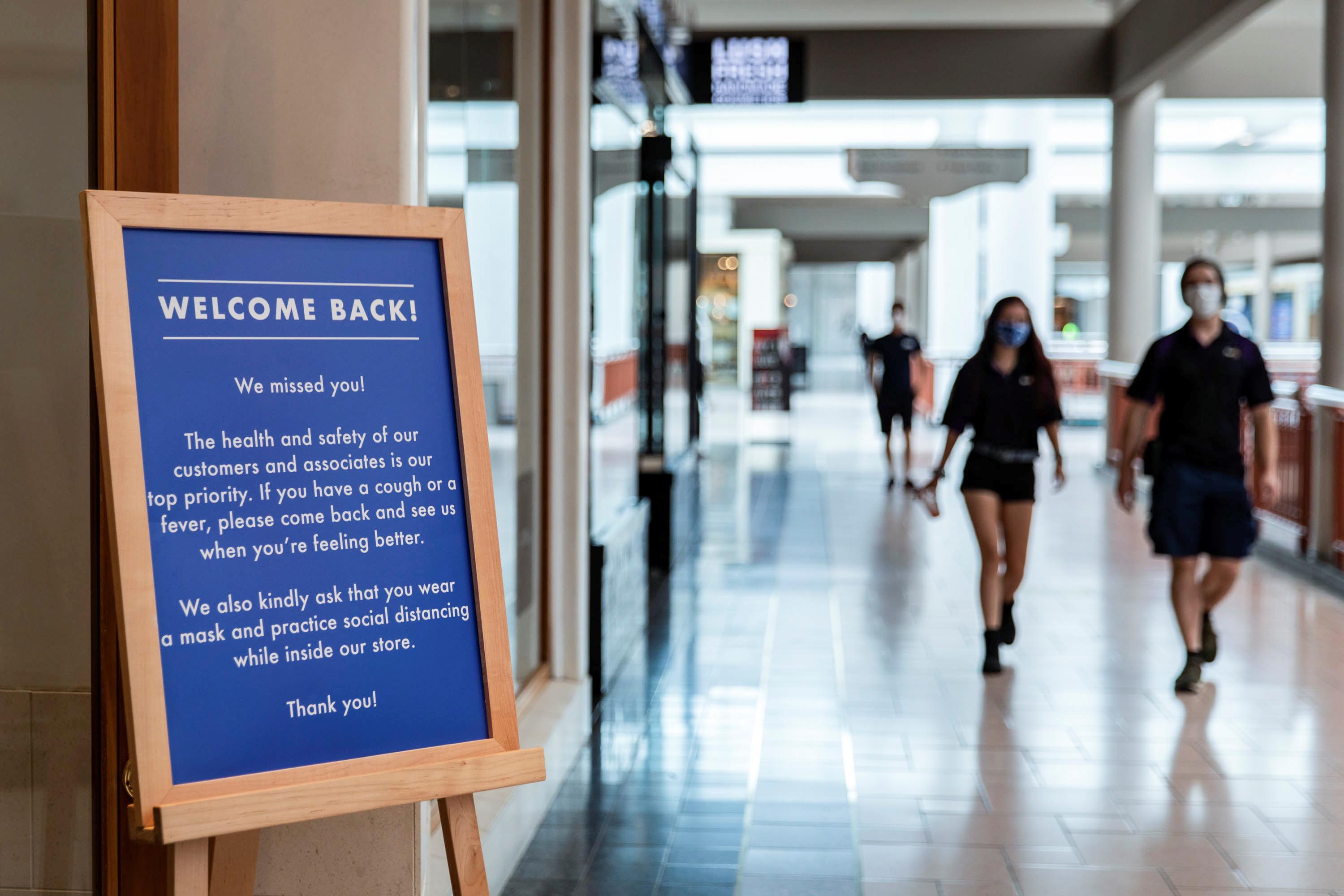 Weekly data that Reuters follows from sources ranging from the New York Federal Reserve to mobility tracking and small business payroll service providers shows that after big upticks in May and June, activity growth stalled in July as COVID-19 spread rapidly in key areas of the country across the South and Southwest. That recent flat-lining trend has persisted as August began.

Time management firm Kronos here for instance, reported that shifts worked in the week ended Aug. 2 were essentially unchanged nationally but fell in 19 states, primarily in the Midwest. The Kronos data showed that shift growth peaked at 8.7% in May, then slowed to 5.9% in June and to just 1% in July.

Employment at small businesses managed by Homebase joinhomebase.com/data edged down in the latest week.

“We’ve now settled into a clear plateau in shift work growth,” Dave Gilbertson, vice president for Kronos’ HCM practice group, said in a statement. “What remains to be seen is how long shift work will remain stalled and whether we’ll start to see a greater divergence across individual regions as they recover at different rates.”

“The remainder of summer will tell us whether the volume of COVID-19 cases means we’ve hit a peak in the recovery for the foreseeable, or if jobs growth will improve or slide backwards.”

The surge in COVID-19 cases, particularly in southern and southwestern states, has pushed the U.S. case total to almost 5 million, according to a Reuters tally here and deaths are nearing 160,000.

Alongside the plateau in hourly worker shifts, measures of foot traffic to commercial destinations has also hit a wall after steady increases in May and June.

Estimates of national foot traffic based on mobile phone data analyzed by Safegraph here indexed to March 1, fell to the lowest since late May. In the second week of June, that data had indicated that foot traffic had recovered to nearly 98% of March 1 levels, but in the latest week had retreated to 91.2%.

Similar data from Unacast here shows the same peak in activity in mid-June with effectively no change since.

Other measures that combine a range of factors including demand, employment and health data paint a similar picture.

An Oxford here Economics index combining a variety of economic, health and other measures has remained flat in recent weeks. Its health component, which had improved into mid-June, is now at its lowest since late April.