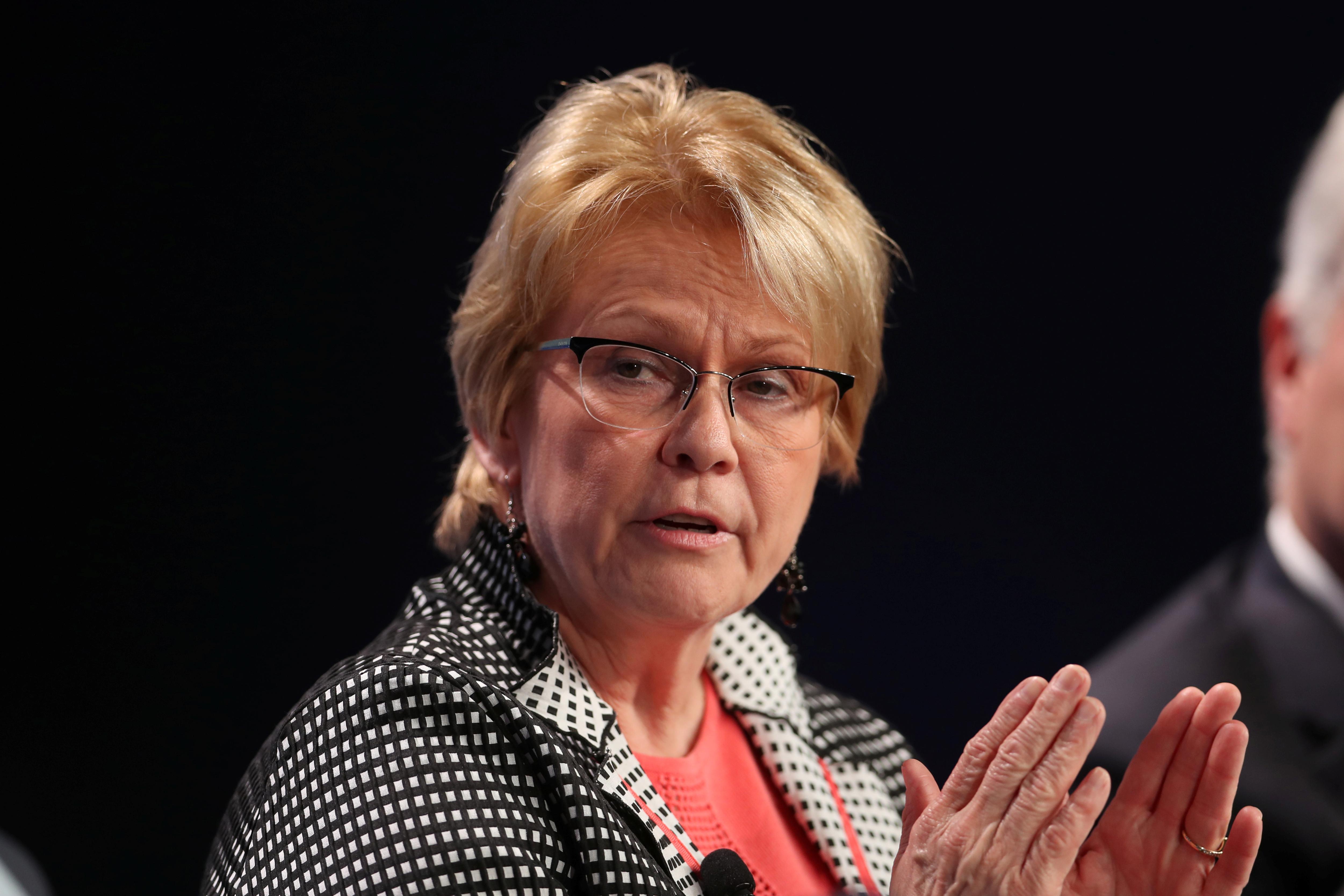 (Reuters) – Occidental Petroleum expects oil and gas output to dip in the second half of the year and will not boost production until it “significantly” reduces debt, Chief Executive Vicki Hollub said on Tuesday.

The company has been struggling with debt taken on during its $38 billion acquisition of Anadarko Petroleum last year, an ill-timed bet on oil prices rising.

Output will dip in the third and fourth quarters and it will exit the year pumping about 1.2 million barrels of oil and gas per day, about 200,000 barrels per day less than the year prior.

The production outlook “does not inspire confidence in capital efficiency” or in the ability to “meet sustaining capital requirements next year,” Mizuho Securities USA analyst Vincent Lovaglio said, adding that Occidental needs to finalize a major asset sale.

It is restarting some activity in the Permian Basin and Gulf of Mexico, but its focus is to “ensure that we have the liquidity to go forward so we have the ability to meet our maturities,” Hollub said on a call with analysts.

The company has returned to the market most of the U.S. barrels it curtailed during the spring oil price crash, Hollub said.

In the third quarter, it is likely to have about 20,000 barrels per day curtailed due to OPEC+ cuts, the company said.