Like any parent of a sick child, Sean Doherty wanted to help his son, Finn, who has Type 1 diabetes. Unlike many parents, he had the professional and personal resources to actually make a difference.

Four years ago, Mr. Doherty, then the general counsel of the private equity firm Bain Capital, teamed up with other parents of children with Type 1 diabetes to create the T1D Fund, a private equity-like investment vehicle organized as a nonprofit. The idea was to give a financial incentive to drug companies to develop a cure for Type 1 diabetes, an autoimmune disease that’s different from the more common Type 2 diabetes.

“Doing this fund philanthropically, we have the luxury to take risk,” Mr. Doherty, who lives in Boston, told me at the time. The new fund got early support from JDRF, a foundation focused on research into Type 1 diabetes, and drew large donors who could meet its minimum $500,000 donation.

The fund was started as venture philanthropy was gaining traction. The model was the Cystic Fibrosis Foundation. Instead of simply giving money away, donors could contribute to a fund that would invest in a cause and generate a return that would stay in the fund and be invested in promising ideas.

Today, some of those investments have paid off. Others have not. Mr. Doherty, who left Bain to concentrate on the T1D Fund, said he and the fund’s other trustees had taken some valuable lessons on what works and what doesn’t.

As a result, the fund has found success. That came in part because of its base of wealthy, connected and committed donors but also because of the smaller scale of the disease. A similar fund started by the American Cancer Society, by contrast, is being rebooted after stalling during the pandemic. That fund has had trouble standing out among the many organizations trying to raise funds to fight cancer.

Mr. Doherty said the purpose of his fund was “to catalyze a market.” Type 1 diabetes, he said, is “a disease that affects 20 million people around the world, and the market was ignoring it.”

“People thought insulin devices were a cure, but they were just treating the symptoms,” he added. “People thought it was a kids’ disease, when 85 percent of people affected are adults. We focused on our precise, differential value.”

The fund received seed capital from JDRF, and the foundation also covered T1D’s operating expenses for several years so all donations went toward investing in companies working on the disease. The fund’s trustees also sought to attract support from the Helmsley Charitable Trust, a leading funder of Type 1 diabetes research. The association with Helmsley gave the fledging T1D Fund credibility with venture capital firms that could invest alongside it.

Helmsley saw the fund as a way to magnify its donations: Its money was paired with other donations to the T1D Fund and leveraged again when the fund brought in venture capital partners.

“It became clear if we got involved in the fund that we could raise three to five times as much money,” said David Panzirer, a Helmsley trustee. “What the fund is doing is very complementary to what we’ve done and what we’re doing going forward. We have partnered with companies along with JDRF and others to accelerate things.”

The fund has also attracted donors eager to have a more direct connection to the recipients of their money.

“Coming from a tech background, I’ve seen how impactful venture capital can be.” said Mike Fisher, the chief technology officer of Etsy and the parent of a child with Type 1 diabetes. “I spent years working with the local board here in Cleveland, helping them on marketing and organizing walks to raise money. The whole time I was thinking what they need is V.C. backing.”

Mr. Fisher said he had donated more than $1 million to the T1D Fund. “They’ve had success,” he said.

Others, like David Nelms, a former chief executive of Discover Financial, said the fund provided a different way to approach Type 1 diabetes. He said he and his wife, Daryl, would continue to donate to JDRF in support of its scientists and the research they are doing. But they have also been giving to the T1D Fund — over $3 million so far — because they feel more involved in the investment process.

“It’s gratifying to feel like you see some of the specific things that they’re doing with the money,” Mr. Nelms said. “It’s a little bit more like an endowment at a university, where you give money upfront and hope it can become self-supporting over time.”

The fund has $160 million now, but $50 million came from returns on investments the fund made, Mr. Doherty said. A big success was its 2017 investment in Semma Therapeutics, which is focused on using stem cells as a cure for Type 1 diabetes. Vertex Pharmaceuticals bought it for $950,000 in cash in 2019. 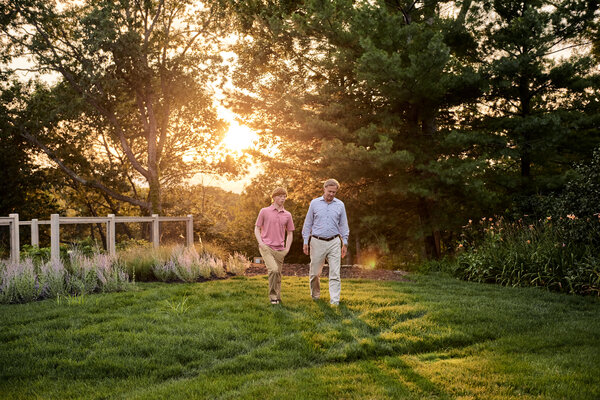 “Pharmaceutical companies are naturally risk adverse,” Mr. Doherty said. “So in this case, you’re using venture money to prime the pump and keep the cycle going. Vertex will be investing in this for years to come.”

The fund is looking to raise $50 million more to get its assets above $200 million, which would allow it to be self-sustaining.

Yet the fund has faced some issues. It struggled in the beginning when private equity firms poached some of it staff, though retaining talent has gotten better as the fund has had success, said Jay Eastman, who works in private equity and has contributed over $1 million to the fund.

Mr. Doherty said the fund had also had to rethink at what stage in a drug company’s evolution its investment made the most sense. “It’s been harder to be the early-stage gap filler between great research in the lab and creating a company,” he said. “We thought that would happen more, but it hasn’t.”

Instead, the fund has invested in companies that are already operating. It has also been in meetings with companies that are working on treatments for other autoimmune diseases. One of these is Pandion Therapeutics, which has been developing drugs for diseases like ulcerative colitis.

“Now Type 1 treatments are being researched by 20 companies that have much stronger balance sheets than if we had started little companies on our own,” Mr. Doherty said.

Beyond the basic logistics of hiring staff, expanding operations and paying people with private equity expertise on a nonprofit budget, the existing interest in a disease matters a lot, too.

“Type 1 diabetes is a relatively small disease, but we’re not quite an orphan disease,” Mr. Panzirer said. “But we’re not Type 2 diabetes, either, where the big money comes in.”

Diseases that affect more people and already have well-heeled backers present a different challenge. Early this year, Alice Pomponio became managing director of BrightEdge, the American Cancer Society’s venture fund, with the task of reinvigorating the fund. BrightEdge received some $35 million from the American Cancer Society in 2019 to make venture philanthropy-like investments, but it hadn’t grown much.

“Oncology is a crowded space, and there’s a lot of money going into this already,” Ms. Pomponio said. “That’s what makes it more difficult to do than with rare diseases or orphan diseases.”

Still, she sees it as another option for donors who want to give to organizations trying to treat and cure cancer.

“What I see over time is us evolving the model so we can achieve a range of fund-raising objectives,” Ms. Pomponio said. “There are philanthropists who would be happy to give to the American Cancer Society and others who see this model as more attractive because it is self-sustaining. Then there are others who would like to partner with us on investments and have returns that are shared.”

Mr. Doherty said he was gratified that the T1D Fund was getting close to being self-sustaining. But he said he was happier that about $500 million of outside venture capital had been invested alongside the fund in the past four years.

“They had almost never invested in diabetes space before,” he said. “Now, we get brought into deals by them.”