The owner of Saracens, one of the most successful clubs in English rugby union history, is to hand over control to an investment consortium that includes Francois Pienaar, the South African former World Cup-winning captain.

Sky News can exclusively reveal that Nigel Wray has agreed the terms of a takeover of Saracens by a group of investors led by Dominic Silvester, a long-standing Saracens supporter and the chief executive of Enstar Group, a multinational insurance company. 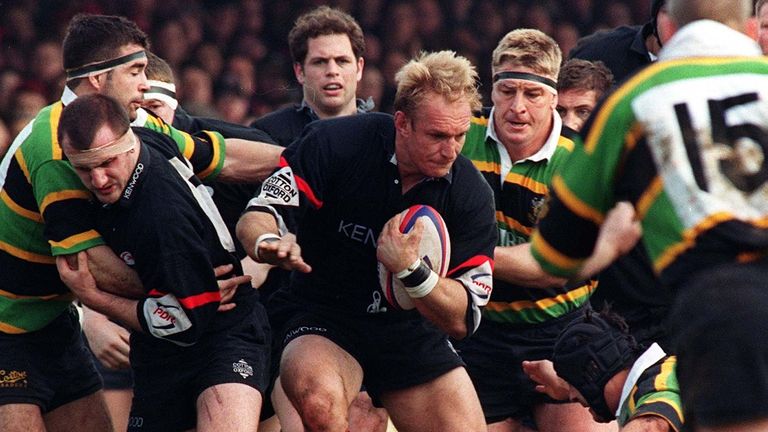 The consortium also includes Nick Leslau, a property entrepreneur who previously owned shares in the club; Paul O’Shea, another Enstar executive; Marco Masotti, a partner at the corporate law firm Paul Weiss; and Mr Pienaar, who captained Saracens and in 1988 led the club to its first trophy in 127 years.

Maggie Alphonsi, the former Saracens and England flanker, will join the club’s board following the takeover, according to an insider, while Michael Yormark, president of Roc Nation, the talent agency founded by Jay-Z, is being recruited as a special adviser.

Neil Golding, the Freshfields lawyer who replaced Mr Wray as chairman last year, is also understood to be investing in the club as part of the deal.

Mr Wray will retain a substantial minority stake in Saracens, but will become a passive investor without any direct influence over the club’s administration, according to a source briefed on the deal.

He will not take any money off the table from the transaction, but will instead be diluted to the status of a minority shareholder through the issuance of equity to the new investors, the source added.

Sources close to the deal said shareholders would inject more than £30m into the club to accelerate development projects such as the completion of its new West Stand, the Saracens women’s team and the construction of a new high-performance facility.

Expected to be announced publicly on Saturday, the injection of funds by the consortium will be a watershed moment for Saracens after a torrid period in which the club’s reputation was tainted by its admission that it had breached the sport’s salary cap rules.

Mr Wray apologised for the “heartache” his actions had caused, and prompted speculation that he would ultimately hand over ownership of the club he backed 25 years ago as the era of professional rugby dawned in Britain. The salary cap breaches triggered a fine of more than £5m and a 35-point penalty, which resulted in Saracens’ relegation.

Captained by Owen Farrell, the England international, Saracens bounced back immediately and returned to the Gallagher Premiership last month with a victory against Bristol.

This weekend, they travel to Leicester Tigers for an eagerly awaited fixture that will represent an early test of their title credentials.

For rugby fans, Mr Pienaar’s investment in the club and Ms Alphonsi’s recruitment to its board are likely to be the most eye-catching features of the deal.

After retiring as a player, Mr Pienaar became Saracens’ coach and chief executive for two years, before returning to Cape Town.

His association with the club was later rekindled when he joined the board of Premier Team Holdings – at the time a major shareholder in the club – and he has been a Saracens director for more than a decade.

Ms Alphonsi, who retired in 2014 after a glittering career, won 74 caps for her country, scoring 28 tries.

Since she stopped playing, she has become a prominent media figure, featuring in ITV Sport’s live rugby coverage as well as appearing on the BBC’s Children in Need fundraising efforts. A source close to Mr Wray said he was pleased to be handing over control to a group of investors who were familiar with Saracens and understood its culture.

Lucy Wray, the daughter of the outgoing owner, will continue to run the club as its chief executive, and is said to be highly regarded by both the incoming consortium and administrators across the sport.

Mr Wray took full ownership of Saracens in 2018 after buying back a 50% stake from Remgro, a South African company.

In total, he has had a 26-year association with the club, during which he helped to transform it into a European rugby powerhouse, boasting players such as the England international and British & Irish Lions player Maro Itoje.

The team won the European Champions Cup three times in the last six years and the Premiership five times in just over a decade.

Despite the salary cap scandal, Saracens’ efforts to rebuild its reputation were boosted in the spring when the club signed up the American owner of City Index to a record-breaking sponsorship deal.