A looming deadline and a last-minute need for a new revenue source are complicating a deal that was announced nearly a month ago. 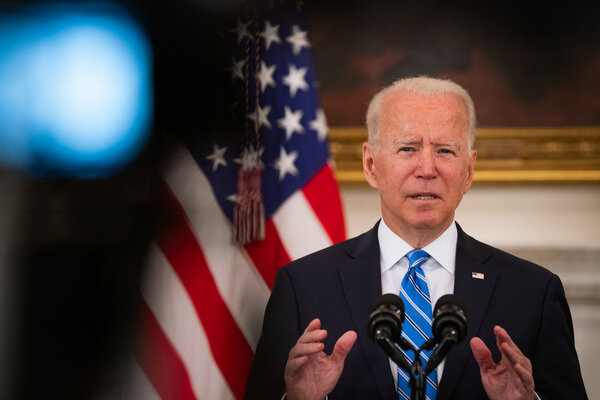 By Jim Tankersley and Emily Cochrane

WASHINGTON — Congressional negotiators and the Biden administration tried on Monday to salvage a nearly $600 billion bipartisan agreement to invest in roads, water pipes and other physical infrastructure, after Republicans rejected a key component to pay for the plan and resisted Democratic plans for an initial procedural vote on Wednesday.

Senators and administration officials are still working to hammer out the details of the deal, including how to ensure that a plan to finance it will secure 60 votes for Senate passage. White House officials expressed confidence on Monday that the agreement could be finalized. But its fate was uncertain.

Mr. Biden is pushing his economic agenda in parts. The bipartisan agreement is meant to be Step 1 — with a much larger, Democratic bill to follow. But weeks after their announcement of a deal, the bipartisan group has not released legislative text or received external confirmation that it is fully financed. A top negotiator said over the weekend that the group jettisoned a key plan included in the deal that would have raised revenue by giving the I.R.S. more power to catch tax cheats.

Republicans have come under pressure to oppose that funding method from conservative anti-tax groups, who say it would empower auditors to harass business owners and political targets. Democrats say the increased enforcement would target large corporations and people who earn more than $400,000 — and note that improved tax enforcement has been a bipartisan goal of administrations dating back decades.

Still, on Monday evening Senator Chuck Schumer of New York, the majority leader, set up a procedural vote to begin moving toward debate on the bipartisan deal, even without the text of the plan, on Wednesday. Mr. Schumer said that if senators agreed to consider infrastructure legislation, he would move to bring up either the bipartisan deal, should one materialize this week, or a series of individual infrastructure bills that have been approved on a bipartisan basis by Senate committees.

The plan was an effort to force negotiators to move toward finalizing details and a critical mass of Republicans to commit to advancing the deal, with Democrats eager to advance the legislation before the Senate leaves for its August recess. Mr. Schumer said he had support from the five main Democratic negotiators involved in talks.

“It is not a deadline to determine every final detail of the bill,” he said. A vote of support on Wednesday, he added, would signal that “the Senate is ready to begin debating and amending a bipartisan infrastructure bill.”