They believe in some cases chains are paying roughly half the amount paid by those on the highest commission rates offered by the app.

Sky News can reveal that the Mayor of London, Sadiq Khan, has written to the chief executive of Deliveroo asking for “clarity” on how commission rates are determined and stressing the importance of independent businesses being treated “fairly”. 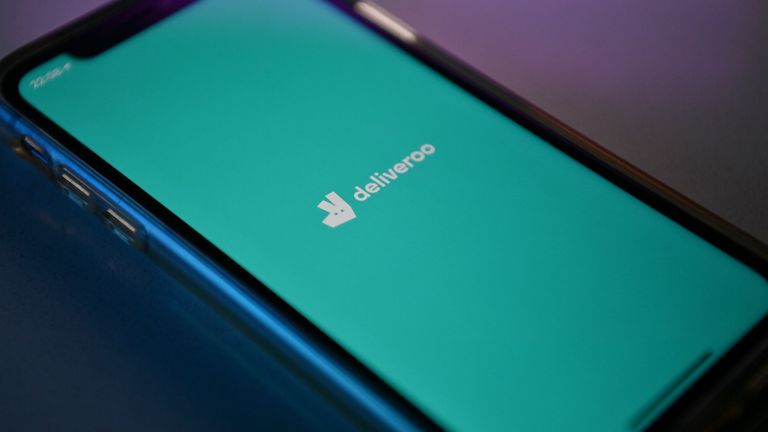 Deliveroo has launched a number of measures this year to support its small business partners during the pandemic and says it has invested millions of pounds in them.

But the pandemic has hit the hospitality sector very hard, with social distancing, curfews, and customer anxiety keeping many diners at home.

Many restaurants that previously saw delivery apps as a nice extra have, at times this year, relied on them for survival and expect them to play an enlarged role in business through the autumn and winter.

In this context there is frustration over high commissions. 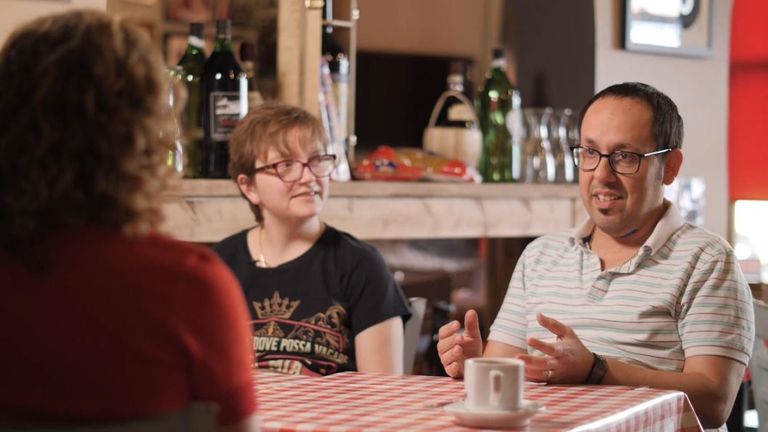 When lockdown came they closed for a period and reopened in May, using delivery apps to reach their customers.

Deliveroo was charging them a commission rate of 35%, one of the highest on the network.

“You know, for an £100 pound order, if it is 35% [commission] and then the VAT on top of that, that’s easily £40 gone already so it isn’t really worth it,” Mr Mingolla explained, adding that during lockdown, “you had to rely on that, otherwise there is no income”.

“I’m sure other restaurants get a better deal, and speaking to some of them locally it seems like they do, and that is the most frustrating thing for us really because we are a family business, we’re a small business.”

They have recently left the platform, citing a combination of high commission, low orders and lack of capacity. 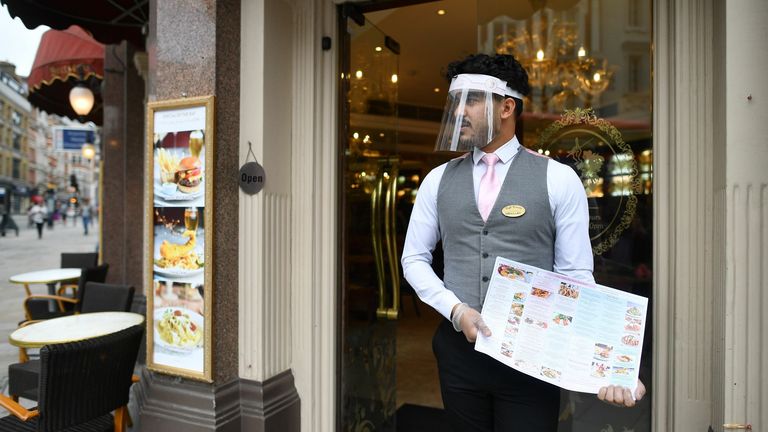 There is nothing new or unusual about businesses offering different rates to different customers of different sizes and similar practices exist at Deliveroo’s competitors. But it is the context of the pandemic that has left many feeling they have been treated unfairly.

Sky News can reveal the Mayor of London has questioned the issue.

In a letter seen by Sky News, Sadiq Khan wrote to Deliveroo’s chief executive Will Shu asking for “clarity on how you determine the commission rates for businesses that sign up to Deliveroo”.

It says: “It is important that independent businesses are treated fairly, particularly at the current time when they are vulnerable, and many depend on your services to survive.”

Neither Deliveroo nor City Hall would confirm if Mr Shu has replied but in a statement a spokesperson for the mayor said he “recognises the important role Deliveroo has played in supporting London’s hospitality sector through the challenges posed by the COVID-19 lockdown and the clarity it has provided around its commission model”.

Mr Chiavarini is angry about varied commission rates and has started a petition calling for change. He has also lodged a complaint with the UK’s competitions regulator, The Competitions and Markets Authority (CMA).

He said: “I want to see a vibrant future for restaurateurs in London and the only way to do that is if we can all play on the same level playing field. 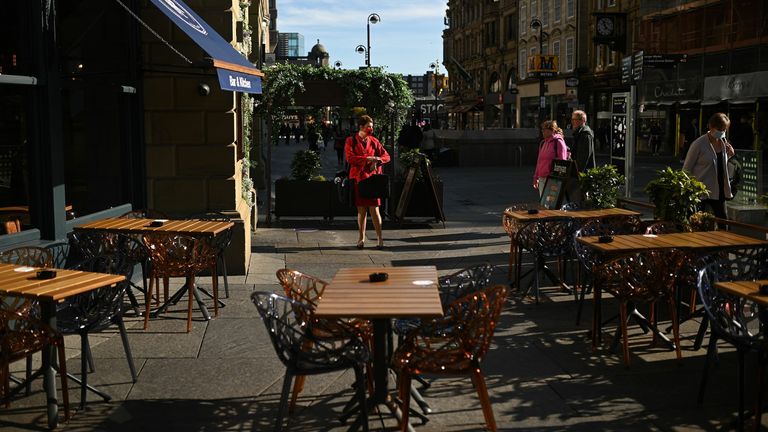 Deliveroo says it has since lowered Mr Chiavarini’s commission, given him a rebate and tried to contact him on numerous occasions.

Many restaurants credit Deliveroo with their survival over lockdown. Some 11,000 have joined the platform in recent months.

The firm has also introduced measures to help small restaurants. They include a cut in joining fees, encouraging customers to tip restaurants via a new feature on the app called Love Your Local and in September, an offer of “Eat In To Help Out” discounts to customers ordering from small independent restaurants.

Carlos Alvarado from Mestizo London, a Mexican restaurant in the north of the city said he has been very happy with Deliveroo’s support during the pandemic.

“They were able to get my restaurant up and running in record time,” he said.

“Before I knew it I was providing delicious food to my customers once again during lockdown and now it’s helping me boost my sales in these difficult times.”

The platform has run other social good campaigns over the summer such as delivering hundreds of thousands of free meals to the NHS.

During the weekend Sky News revealed that Deliveroo is working with investment bankers Goldman Sachs to oversee a long-awaited flotation.

In August the CMA approved a minority investment from Amazon in Deliveroo as part of a $575m fundraising round.

Deliveroo had previously warned that a refusal by competition regulators to sanction the investment could undermine its chances of survival.

In a statement a Deliveroo spokesperson said: “Deliveroo is a company founded on a love for small, independent restaurants and our absolute priority is supporting their businesses, especially during COVID-19. We are proud that we help them reach new customers and boost their sales through delivery. Over 11,000 new restaurants have joined Deliveroo in recent months, 7,400 of which are small restaurants.

“Throughout the COVID crisis we have invested millions in our restaurant partners, helping them increase their sales and producing new tools to support both their dine-in and delivery businesses.

“Deliveroo charges different levels of commission depending on each individual arrangement with a restaurant partner. This is then reinvested back into our business, paying for riders’ fees, customer services and upgrading our services for restaurants.”

Many in the industry also say commission rates are reasonable and what the market demands.

Peter Backman, industry consultant and analyst, said: “They want to get the big names on their platform – when you search through the app, or the website, you look for the big names that you know.

“From a business sense it is perfectly understandable: you give the best rate to your biggest customer. There are a whole variety of reasons for it – it’s not a bad proposition, dealing with one customer for lots of orders is more efficient than dealing with lots of customers for lots of little orders.

“The reason why commission rates are high is because these companies have got to make some money somehow. If they could make money out of a 5% commission, they would, but they can’t so they don’t.”