(Reuters) – The S&P 500 rose on Monday as promising early data on a host of COVID-19 vaccine candidates countered fears over a surge in infections, while gains in technology stocks put the Nasdaq on track for a record closing high. 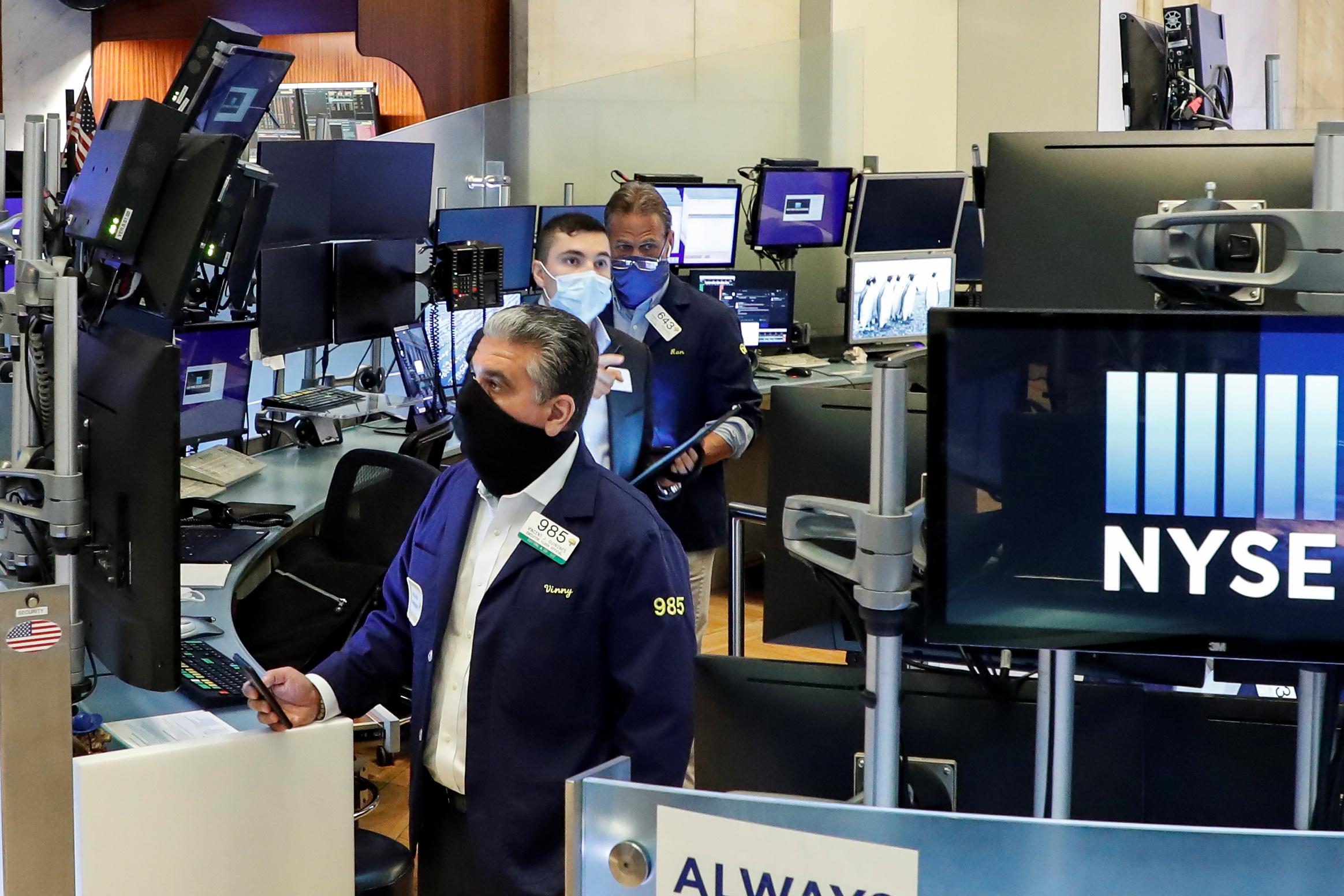 Amazon.com Inc (AMZN.O) jumped 5.6% and provided the top boost to the tech-heavy index after two brokerages raised their price targets on the stock. Microsoft Corp (MSFT.O), which is set to report quarterly results later this week, also rose 2.7%.

In contrast, the Dow was dragged down by industrial companies 3M Co (MMM.N) and Boeing Co (BA.N).

In the United Kingdom, data showed an experimental vaccine being developed by AstraZeneca and Oxford University against the virus produced an immune response in early-stage clinical trials, preserving hopes it could be in use by the end of the year.

“Even though we had some good vaccine news, the Phase-3 trials for many of these things is the hardest part and is very difficult to get through,” said Elliott Savage, portfolio manager of the YCG Enhanced Fund in Austin, Texas.

“At this point, the fiscal stimulus is the next thing on investors’ mind. If there were a big audacious kind of fiscal stimulus package, then that could definitely cause the market to move higher.”

Congress is set to debate a new aid package this week with some support programmes due to expire by the end of the month. Record levels of new COVID-19 cases are also forcing many states to back-pedal their reopening plans.

Signs of progress on a potential coronavirus vaccine, improving economic data and a relatively upbeat start to the second-quarter earnings season helped the S&P 500 and the Dow rise for three consecutive weeks.

Declining issues outnumbered advancers for a 1.23-to-1 ratio on the NYSE and nearly advancers on the Nasdaq.