U.S. Treasury yields rose, as did demand for lower-rated southern European debt on the upbeat sentiment, although safe-haven gold was spurred higher in see-saw trade on a fresh coronavirus outbreak in China.

A near 5% jump overnight by Japan’s Nikkei gave Asia its best day since late March, while the major European bourses surged around 3%. It was a broad rally, with no declines among the 30 components of Frankfurt’s DAX, only one decline on the CAC40 in Paris, and three of the 109 components of the FTSE 100 in London. Wall Street also surged, though not as much.

U.S. retail sales jumped the most on record in May, new evidence that the recession triggered by the coronavirus pandemic might be drawing to an end, while trial results showed dexamethasone, a cheap and widely used steroid, reduced death rates by about one-third among the most severely ill COVID-19 patients.

A report overnight said the Trump administration was preparing a nearly $1 trillion infrastructure proposal in another stimulus boost, after the Federal Reserve on Monday said it would start buying corporate bonds to inject liquidity.

“It looks like we bounced back nicely in May for retail sales, which is good news. The drug results are very good news, and then the spending package is good news,” said Patrick Leary, chief market strategist at debt underwriter Incapital.

“All this stuff is bullish for stocks, bullish for corporate bonds,” Leary said. “Congress has the ability to support the economy through their spending powers, the Fed is doing what it can through its lending powers.”

Fed Chair Jerome Powell told U.S. lawmakers Tuesday as he began the first of two days of testimony that a full economic recovery will not occur until Americans are sure the coronavirus epidemic has been brought under control.

MSCI’s gauge of stocks across the globe gained 2.26%, while the pan-regional FTSEurofirst 300 index closed up 2.90% and emerging market stocks rose 2.32%. 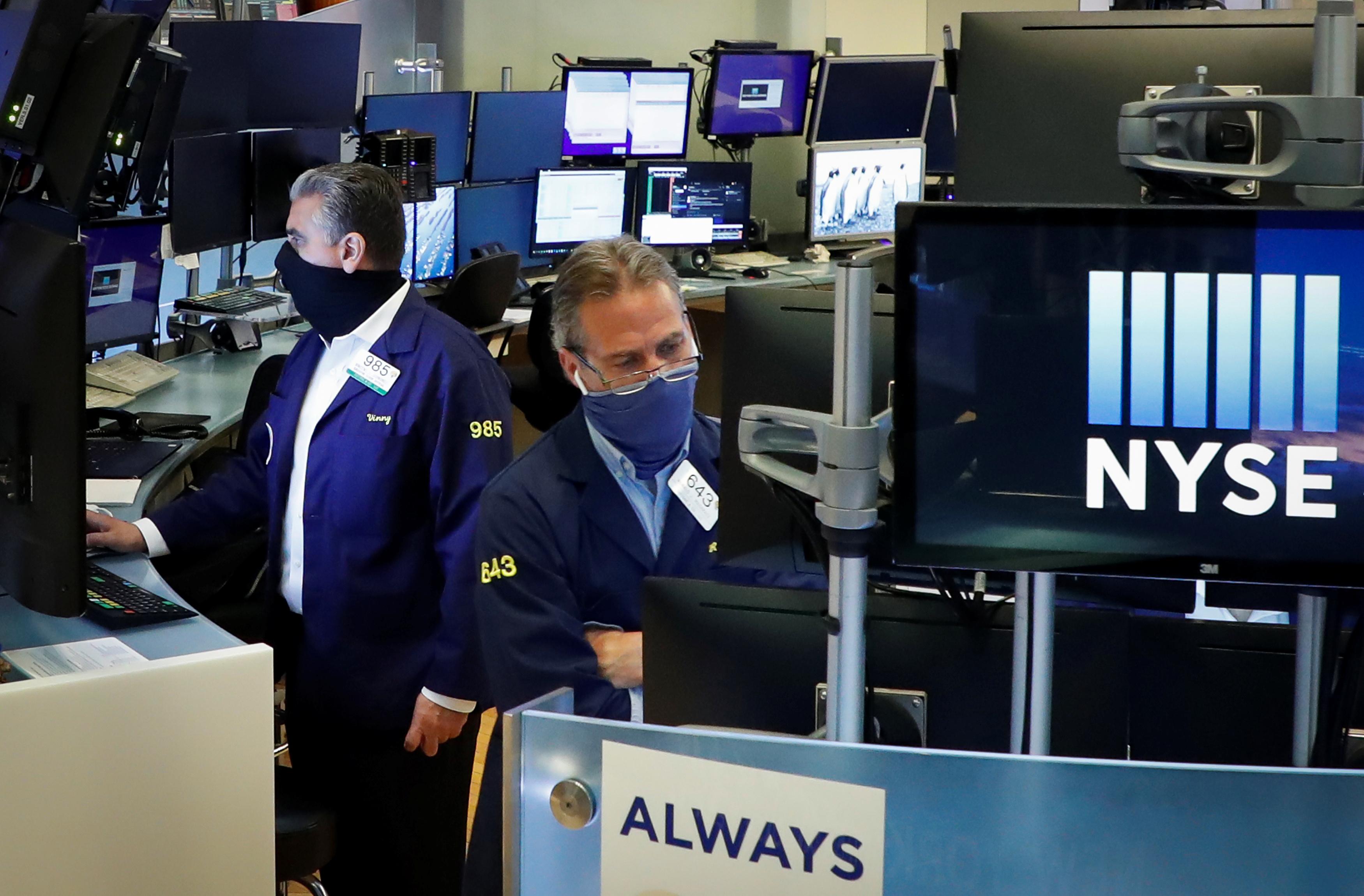 Advancing stocks outpaced decliners by more than 4:1 on the New York Stock Exchange, and by more than 3:1 on Nasdaq.

Germany’s monthly ZEW investor sentiment survey showed investors are confident that Europe’s largest economy will be over the worst of the coronavirus impact by the end of the European summer.

The British pound [GBP/] rose on unemployment numbers that were not as bad as feared and friendlier Brexit talks.

The Bank of Japan increased its lending packages for cash-strapped firms to $1 trillion from about $700 billion, while keeping rates steady, sticking to its view that the Japanese economy will gradually recover from the pandemic.

German, French, Dutch and other core yields also rose. Riskier Italian yields fell to their lowest level since the end of March, and the iTraxx European crossover index, which reflects the cost of insuring against junk-rated corporate bond defaults, fell to its lowest level in six days. [GVD/EUR]

“In the absence of a further surge in new (coronavirus) infections in China or the U.S., the market hopes about monetary and fiscal tailwinds alongside improving sentiment indicators should prevail,” Commerzbank strategists wrote.

Oil prices surged in volatile trade as Wall Street rose, and the International Energy Agency (IEA) increased its oil demand forecast for 2020. Gains were capped by worries about a second wave of coronavirus cases.