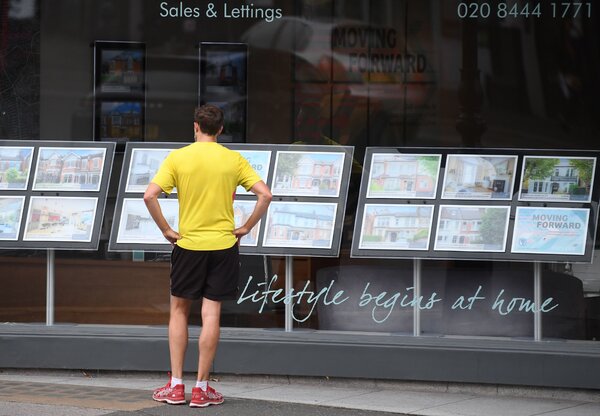 Stocks, commodities and bond yields all rose on Tuesday amid evidence of a strengthening global economic recovery. In the data, there are also signs that manufacturers are struggling to keep up with demand, which could increase inflationary pressures.

U.S. stock futures rose, with the S&P 500 set to open half a percentage point higher when markets begin trading after the long weekend. The yield on 10-year Treasury notes rose 2 basis points, or 0.02 percentage points, to 1.62 percent, the highest level in more than a week.

Most European stock indexes were higher. The Stoxx Europe 600 index climbed 1.1 percent, extending its record high. All sectors were higher with energy and mining stocks among the biggest gainers.

A measure of manufacturing activity in the eurozone climbed in May to a record high, according to IHS Markit, and the unemployment rate for the region fell slightly to 8 percent. The annual rate of inflation in the euro area rose to 2 percent in May, according to the first estimate by the European Union’s statistics agency, reaching the European Central Bank’s target for the first time since November 2018.

The increase in manufacturing output is another sign that the eurozone economy is rebounding strongly in the second quarter, Chris Williamson, an economist at IHS Markit said.

“However, May also saw record supply delays, which are constraining output growth and leaving firms unable to meet demand to a degree not previously witnessed,” he added.

Optimism was bolstered by rosier forecasts for economic growth released Monday by the Organization for Economic Cooperation and Development. The group predicted the global economy would expand by 5.8 percent in 2021, up from a 4.2 percent projection in December. It said the spread of vaccines and strong fiscal stimulus in the United States were helping improve the economy, but it raised concerns about variants of the virus.

Later on Tuesday, data on U.S. manufacturing activity will be released by the Institute for Supply Management. In China, the manufacturing sector reported the strongest increase in new work for five months in May though there are also reports of supply delays and higher purchasing costs.

Oil prices climbed higher before a meeting of the Organization of the Petroleum Exporting Countries and its allied producers including Russia. Analysts expect the oil producers to continue gradually increasing production quotas. West Texas Intermediate, the U.S. crude benchmark, rose 2.5 percent to $68 a barrel, and Brent crude, the global benchmark, increased 1.9 percent to $70.63 a barrel.

House prices in Britain rose nearly 11 percent in May from the year before, according to data from Nationwide Building Society, one of the country’s biggest mortgage providers. It’s the fastest growth in house prices since 2014. The average house price is now 242,832 pounds ($344,445).

Dave Ramsden, a deputy governor at the Bank of England, said he and his fellow central bankers were closely watching the housing market and other indicators to assess whether the current jump in inflation would be transitory. He said policymakers were going to “guard against” the risk that demand outpaces supply leading to a more sustained pick up prices. “If it is not temporary we know what to do about that,” Mr. Ramsden told The Guardian newspaper, adding policymakers would increase interest rates.