LONDON/BANGKOK (Reuters) – Tesco (TSCO.L) plans to return $6.6 billion to shareholders after it agreed to sell its supermarket businesses in Thailand and Malaysia to Charoen Pokphand Group as part of a plan to refocus on Britain. 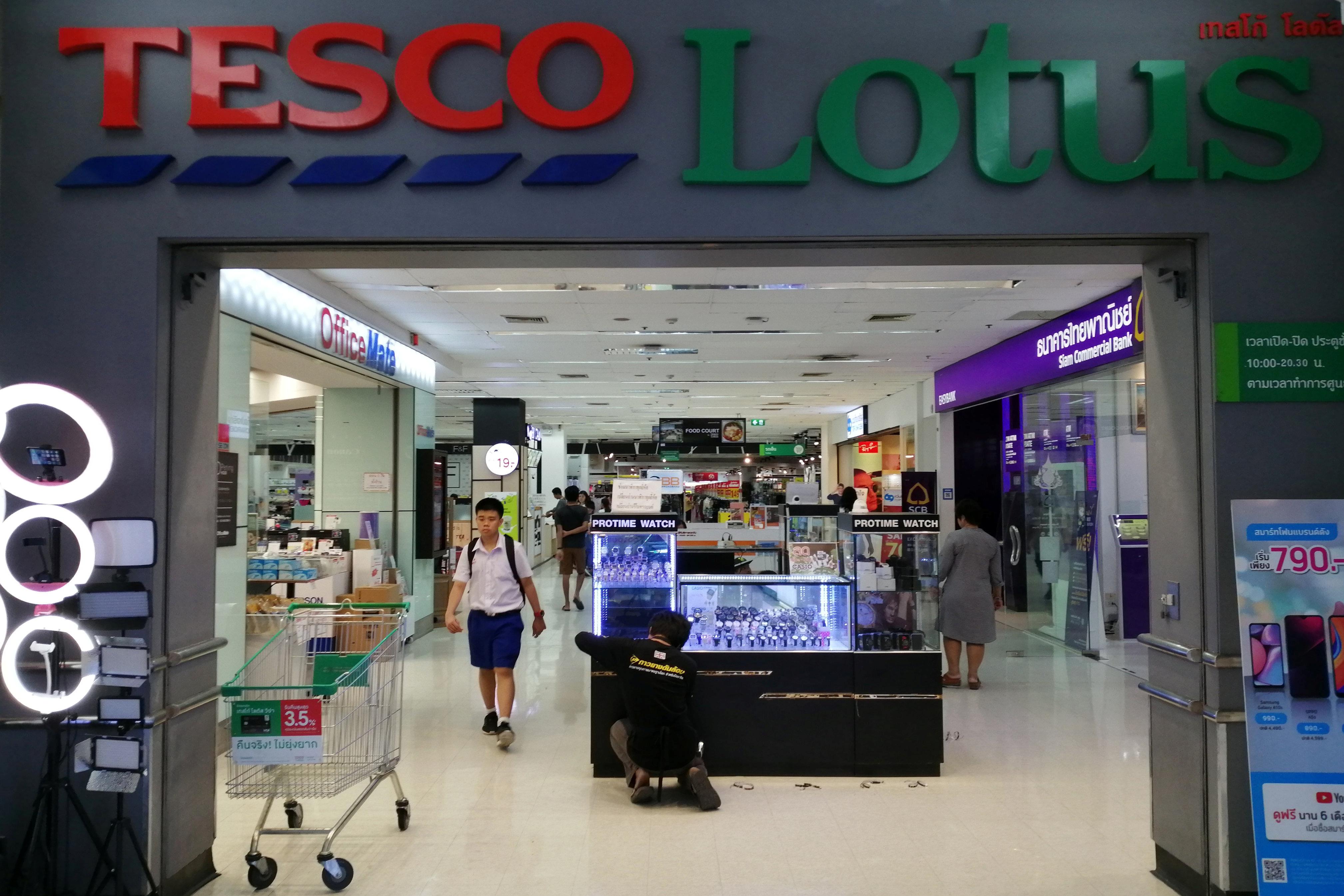 After getting out of South Korea in 2015, Britain’s biggest retailer began a review of its remaining Asian businesses last year in a further retreat from its global ambitions.

The sale of its Thai and Malaysian businesses, for an enterprise value of $10.6 billion, comes more than five years into a recovery plan launched by Chief Executive Dave Lewis after an accounting scandal and a dramatic trading downturn.

Lewis declared Tesco’s turnaround complete last October and will step down this October, when he will be succeeded by Ken Murphy, formerly of Walgreens Boots Alliance.

Bernstein analyst Bruno Monteyne said on Monday Tesco had secured “a very strong valuation” for the Thai and Malaysian assets and investors could look forward to a special dividend representing 21% of the group’s current market capitalisation.

The price tag of the businesses, which includes debt, implies an enterprise value/earnings before interest, depreciation and amortisation (EBITDA) multiple of 12.5 times.

After completion of the Thailand/Malaysia disposal to the Thai group controlled by Dhanin Chearavanont, Tesco intends to return cash to shareholders via a special dividend with an associated share consolidation. It will also inject 2.5 billion pounds into its pension fund.

Reuters reported on Sunday that CP Group was the frontrunner to buy the assets.

Tesco shares were down 1% at 1015 GMT, outperforming the blue chip FTSE 100 index which fell 6.7% on coronavirus fears.

“The coronavirus outbreak won’t stop people from eating: on the contrary, food-at-home will get a boost at the cost of food-out-of-home,” said Monteyne.

The deal is conditional on the approval of Tesco’s shareholders and regulatory approvals in Thailand and Malaysia, which is expected during the second half of 2020.

However, CP Group will face a newly-empowered Thai antitrust regulator, which could potentially block the transaction if it finds that the deal would create a monopoly or market dominance, lawyers and analysts said.

CP Group runs its 12,000 7-Eleven convenience stores through CP All PCL (CPALL.BK) and about 80 cash-and-carry stores under Siam Makro PCL (MAKRO.BK). It will gain control of the 1,965 stores Tesco operates in Thailand – much of which the British firm bought from CP Group during the 1997-8 Asian financial crisis – including 200 Tesco Lotus hypermarkets and 1,600 Tesco Lotus Express convenience stores, plus 74 outlets in Malaysia.

Chearavanont, the senior chairman of CP Group, has repeatedly said that he wanted to buy back the company.

Completion of the Thailand/Malaysia deal would increase speculation over the future of Tesco’s central European division, consisting of stores in the Czech Republic, Hungary, Poland and Slovakia, as it would be its only remaining overseas supermarket operation, apart from Ireland.

Tesco was advised by Greenhill, Goldman Sachs and Barclays, while JPMorgan and UBS were the joint advisors and financiers for CP Group.