Home » Business » The Care Bears Take a Turn Toward Fashion

Those colorful, cheerful Care Bears, of television and movie fame, have been cast into a line of handbags created by the Danielle Nicole brand.

The official launch for the collection happens Saturday, from 11 a.m. to 1 p.m., at the Sundae Donuts shop in Montauk on Long Island, N.Y., with about a dozen influencers being photographed with the Care Bear bags.

Keeping to the spirit of the multicolored Care Bears and the new collection, the influencers will be given DIY donut kits. “With a rainbow of icing and sprinkles, invitees will be able to create the Danielle Nicole donut of their own, inspired by my new Care Bears collection. I’m really looking forward to it,” said Danielle DiFerdinando, founder and president of Danielle Nicole. “The Care Bears collection is extremely colorful, and the donut kits are filled with bright colors to bring joy to your day.” After the donut decorating, the influencers will do lunch at the Surf Lodge in Montauk.

The collection, priced from $68 to $88, is being sold in the U.S. and Europe on Danielle-Nicole.com. It will also be available for retail at specialty boutiques in the U.S. and on EB Games Australia. 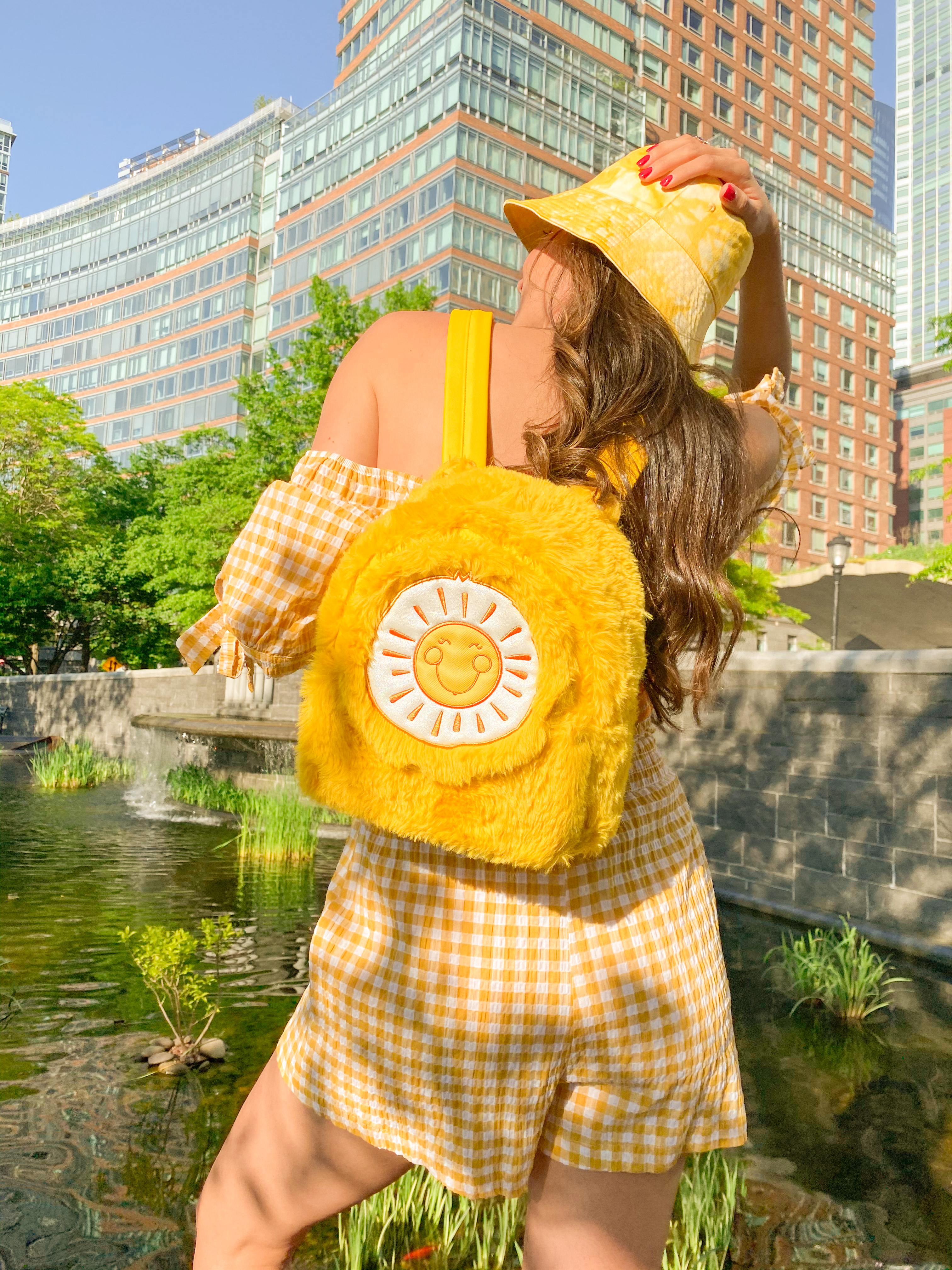 “There’s a very happy and whimsical message with the collection, and that’s important as we come out of the pandemic,” DiFerdinando said. “The Care Bears radiate positivity and empowerment in their storytelling.”

The Care Bears collection further extends the Danielle Nicole brand’s ties to pop culture and depictions of characters from action films and animated films by Disney, Warner Bros., Marvel and Nintendo on handbag designs. Cloudco Entertainment, formerly American Greetings Entertainment, is the owner of Care Bears and other entertainment properties such as Holly Hobbie and Madballs.

The Care Bears line of bags include the “Love-a-Lot Bear” crossbody in shades of pink and red with faux fur shearling; the “Cheer Bear Backpack” with a rainbow shoulder strap; the “Cloud Crossbody” designed with dreamy clouds, rainbow details, and the “Funshine Bear” bright yellow faux fur backpack.