The Collected Group, the Vernon, Calif.-based company comprised of contemporary brands Joie, Equipment and Current/Elliott, has seen its share of ups and downs.

Rutson left in 2019. “She accomplished what she was primarily tapped to do by moving the brands forward and helping us refine their branding. I have the utmost respect for her,” Miller said in an interview.

Then came a change in ownership from private equity group TA Associates to KKR, and a glitch in the company’s enterprise resource planning system that crippled operations through much of the year. Just when The Collected Group was ready to reemerge in the beginning of 2020, with Miller taking on added responsibilities as chief creative officer, the pandemic started raging.

“Business is challenged but opportunistic,” said the veteran of Ted Baker and Ralph Lauren Corp. “Our opportunity is in optimizing efficiencies, in retail proof of concept post-COVID-19, in d-t-c…”

The most important business goal for 2021? “Controlling our own inventory and making sure it is mobilized 24/7 so you are not having to sit there with the light off waiting to be promoted to get out the door.”

To position the company for a post-pandemic future, Miller trimmed wholesale 40 percent to 600 points of sale across all three brands, closed 15 of 19 brick-and-mortar stores (some of which were profitable, he said), and is focusing more on designing basics (currently 25 percent of revenues across the three brands) at lower, entry price points.

“The entire landscape around design has changed,” he said, noting that data analytics from e-commerce sales, which are up more than three times what they were when he started at the company in 2017, show what fabrications and styles customers are drawn to, including linen and cotton basics. “We’re focusing on comfort but not sweatpants-driven product. That’s where we’ve seen enormous success through our three very different brands.”

When it comes to digital, Miller was playing catch up, but used 2020 to put in place necessary changes at the company, which had revenues of around $300 million in 2019.

“Our e-commerce business is growing — we have our marketplace up and running on Farfetch, we just signed a deal across Tmall and JD, and have seen promising consumer demand from mainland China, Russia and Saudi Arabia, to name a few. There will be more digital distribution of the brands at the end of 2020 than the beginning,” he said. “For 2021, at minimum, 50 percent of revenue will be driven from product situated at our distribution centers that is moving to customers attached to our own d-t-c business or a major department store business at a drop ship level or through a marketplace business like Farfetch.”

The executive who was quoted last February saying “the U.S. department store model isn’t going anywhere,” isn’t ready to abandon that channel just yet. The analytics are too valuable, for one. “If I didn’t have perspective from Neiman Marcus on Equipment I wouldn’t understand how to do right by that customer I need access to, same with Joie and Bloomingdale’s, same with drop ship and Nordstrom. How they paint a different picture of their customer base is very helpful,” he said, while also calling for reinvention.

The smallest brand of the three is Current/Elliott, the once-hot premium denim label known for boyfriend jeans, which Miller is taking entirely d-t-c for 2021, in a test model for the group. “We’re dropping product with a buy-now, wear-now mentality…that will allow us to lower prices around 20 percent to bring in a healthier margin.”

Turning 20 next year, Joie is the biggest, and Miller wants to take it in more of a lifestyle direction, building on the momentum of the relaunch of the brand’s cult fragrance, Folle de Joie, which managed to become the number one selling unit in the entire company, even though it launched during the early months of the pandemic, when it could only be purchased online. 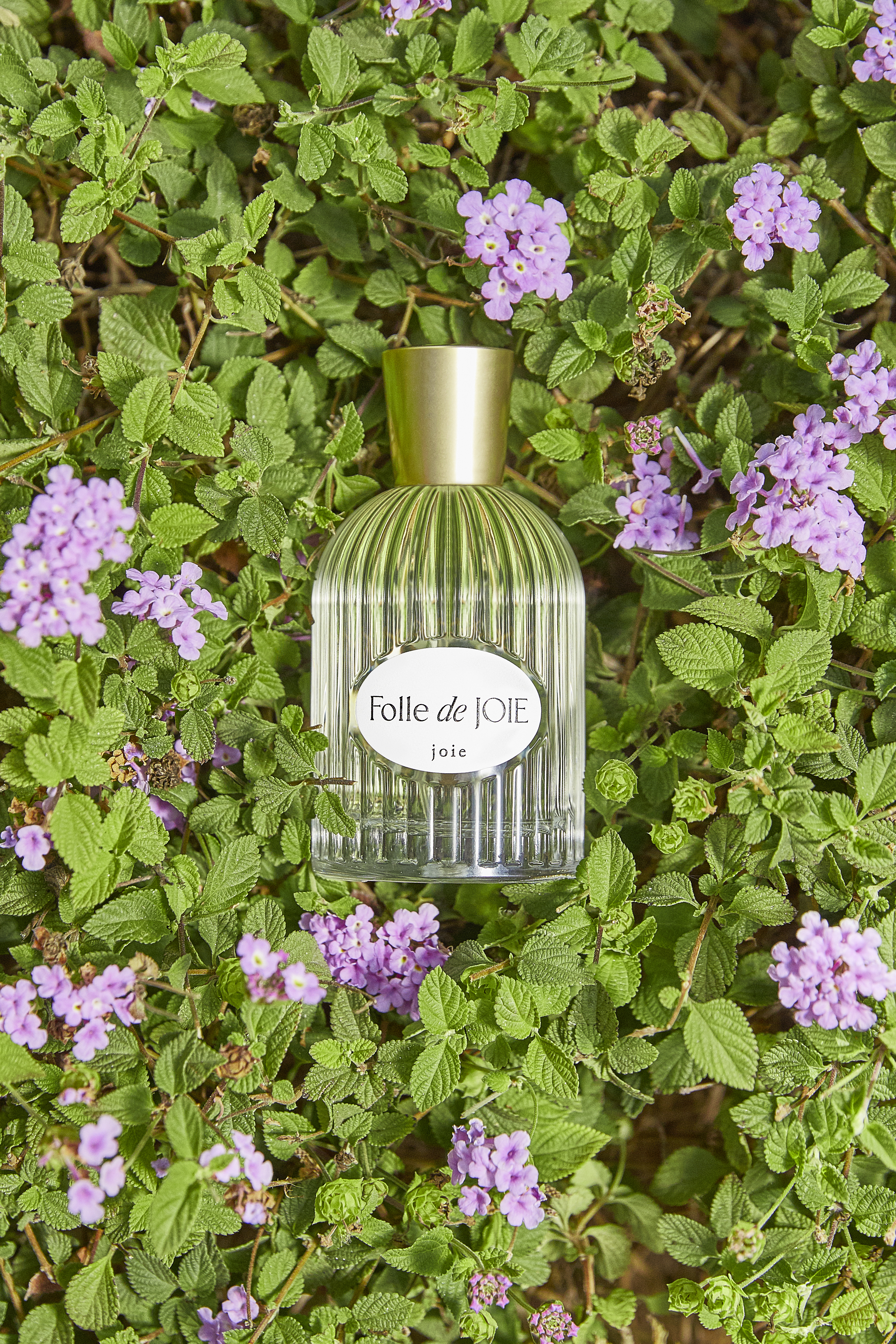 “It’s remarkable to see how this super-feminine customer shops Joie,” he said, explaining that the brand is a wardrobe workhorse for women like broadcast journalist Kristen Welker, who wore a Joie “Tariana” blouse under her blue blazer when she hosted the final presidential debate. “It’s that type of thing you have in your closet and just throw on,” he said. Joie also recently launched jewelry, and Miller sees opportunity for other categories, perhaps through licensing efforts.

Equipment may have the strongest identity, and is the one that has been growing the fastest — thanks in part to two genderless Fluid collections, created in collaboration with The Phluid Project, the most recent launched in October with queer musician and poet Baby Yors, educator Zeno, nonbinary actor Andrik, makeup artist and trans activist Schuron Womack and model Elijah Thornton as brand ambassadors.

“We’re fortunate that KKR had a strong diversity division and as a multibillion investment bank was supportive of our passion projects — and we never approached it from, ‘Here’s what we want to do to make money.’ It was me saying as a gay ceo, this is my time to give back…and Equipment had a history in androgyny that lent itself to exploring this conversation,” Miller said. “We spent a year cultivating the partnership and product, which is a canvas for the talent we bring into the campaigns who are there to distill the message to a wider audience.”

While the reaction has been “phenomenal,” he said, “where it goes next will be anyone’s guess.” While the collections are sold through Equipment’s channels, they were not offered at wholesale in the U.S., because retailers were too uncomfortable delving into the category, he said. Still, the brand will continue to create new Fluid collections and campaigns.

Equipment is also leaning more into its French heritage, with a new capsule series, Edition Limitee Les Archives, reissuing designs from the Seventies and Eighties.

As for how The Collected Group will come out of 2020 as a whole, Miller admits that while e-commerce is up, “we are taking a significant haircut.” Revenue has stabilized but the second quarter shutdown affected the bottom line “dramatically.”

But, he added on an optimistic note, “We haven’t had to take on any additional capital to be self-sufficient.” 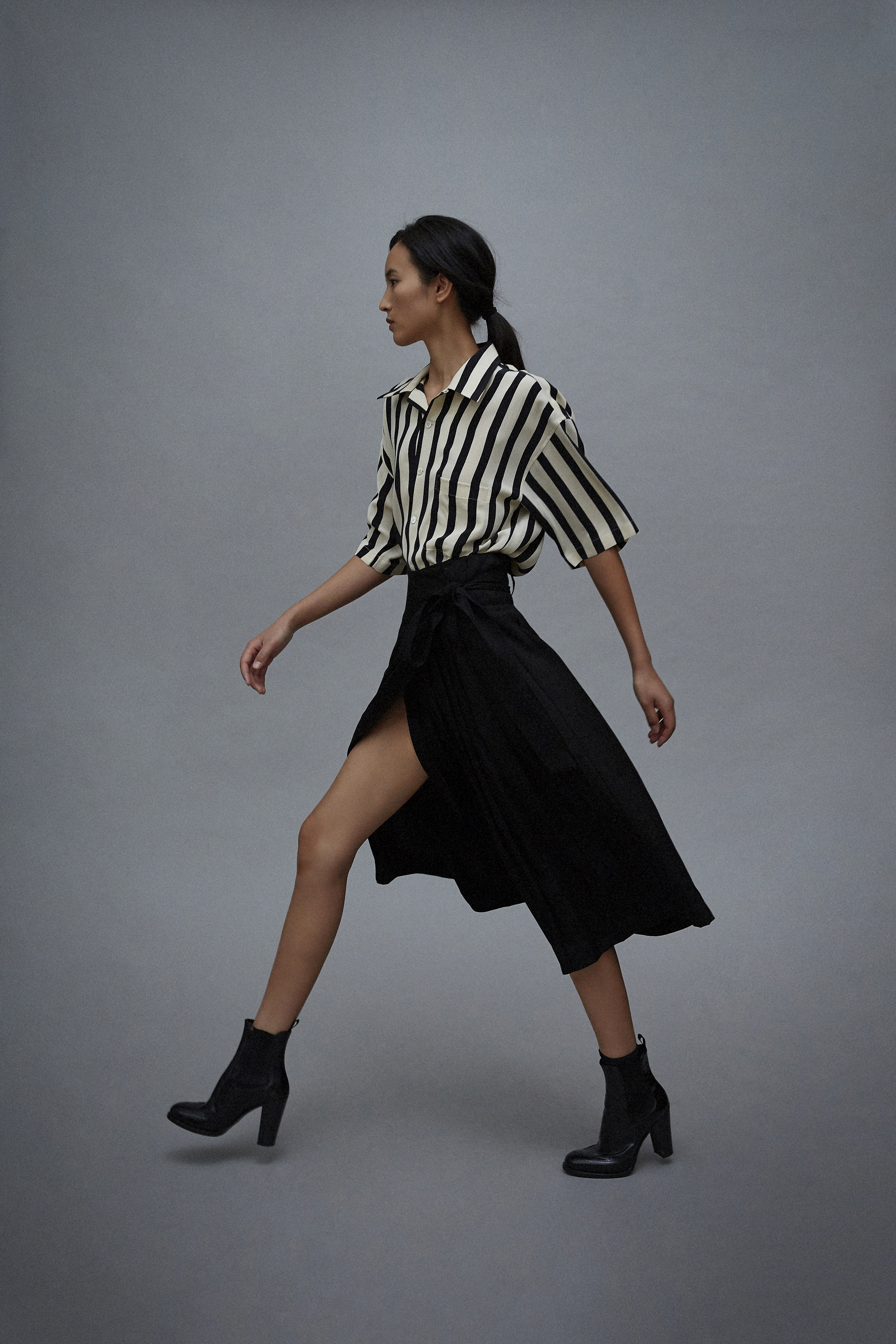