Home » Business » The Federal Reserve’s inflation gauge again jumps to the highest since 2008. 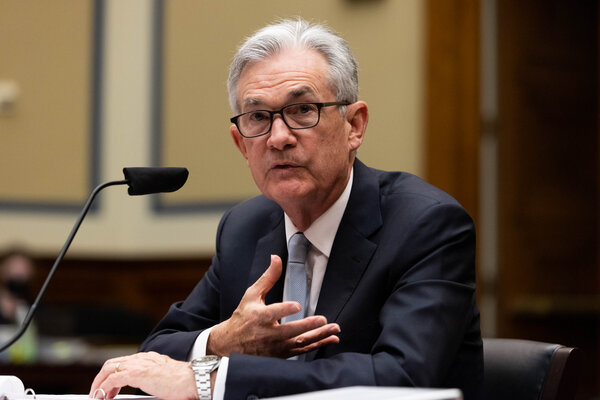 Inflation climbed in May at the fastest pace since 2008, as businesses reopen from their pandemic shutdown and strong consumer demand helps to propel prices higher, fueling anxiety among some economists and debate in Washington.

The Personal Consumption Expenditures inflation index increased 3.9 percent in the year through May, in line with the median that economists in a Bloomberg survey had anticipated. That was the biggest jump in more than a decade.

On a monthly basis, the measure climbed 0.4 percent, compared with a 0.5 percent projection. That slower-than-expected monthly gain suggests that while prices are up steeply this year, the speed of the increase is beginning to moderate.

Stripping out volatile fuel and food, the inflation gauge jumped 3.4 percent over the past year. Over the month, it climbed 0.5 percent, compared with a 0.6 percent projection. The annual reading was the highest since 1992.

Inflation has been climbing as prices bounce back from declines that came amid the pandemic — a data quirk called a “base effect” — and as demand picks up faster than supply. Republicans are using the rising prices as a political talking point to criticize President Biden’s stimulus spending and push back on his infrastructure plans, but the White House and top officials at the Federal Reserve have maintained that the recent pickup is more likely to prove short-lived.

“A pretty substantial part — or perhaps all — of the overshoot in inflation comes from categories that are directly affected by the reopening of the economy,” Jerome H. Powell, the Fed’s chair, said during June 22 congressional testimony.

The personal consumption index is important because it is the Fed’s preferred inflation gauge and how it defines its official goal: to average 2 percent annual price gains over time. Congress has charged the central bank with maintaining stable prices and fostering maximum employment.

Central bank officials are debating how to achieve those goals as the economy emerges from the pandemic downturn, short on jobs but high on demand. They are beginning to discuss when and how to scale back their $120 billion in monthly bond purchases, which are meant to keep many kinds of borrowing cheap.

They have also held interest rates at rock bottom since March 2020. Officials released new economic projections last week, showing that more than half now expect to raise interest rates by the end of 2023.