Home » Business » The future of fast-food will include robots: Expert

It’s only logical that in life after COVID-19 and considering the fast-paced nature of tech innovation, the restaurant industry will look to robots to help power everything from cooking lines to cleaning to the ordering process.

Doing so would go a long way to reducing the spread of germs while also cutting labor costs (one of the costliest line items for a restaurant).

“The application of robots will be something that will grow in the economy generally. The chances it will occur in the restaurant industry is excellent just like it will occur across other industries,” said Sonic Drive-In’s former CEO Clifford Hudson on Yahoo Finance’s The First Trade.

Hudson spent 35 years at Sonic, 23 of them being as CEO. He is credited with adding more than 2,000 new Sonic locations and billions of dollars in sales over his tenure. Hudson — out with a new book called “Master of None: How a Jack of All Trades Can Still Reach the Top” — left Sonic in early 2019 following the $2.3 billion sale to restaurant conglomerate Inspire Brands.

Continued Hudson, “I suppose the variation that could play out is to just go back to my experience at Sonic. All the food is made to order and there is an opportunity to customize by customer. In that circumstance, the same robot application could occur but the customization is going to make it a little bit more personalized and probably require a little bit of individual effort.”

By and large, the use of robots (besides touchscreen ordering systems) in restaurants remains on the fringes. The most prominent robot in fast-food is known as Flippy made by Miso Robotics. As the name would suggest, Flippy is a long mechanical arm that automatically flips burgers or fries.

White Castle became the first nationwide food chain in mid-July to say it will test Flippy. The test is slated to start at one White Castle this fall, where Flippy will be used to man the french fry frying station. 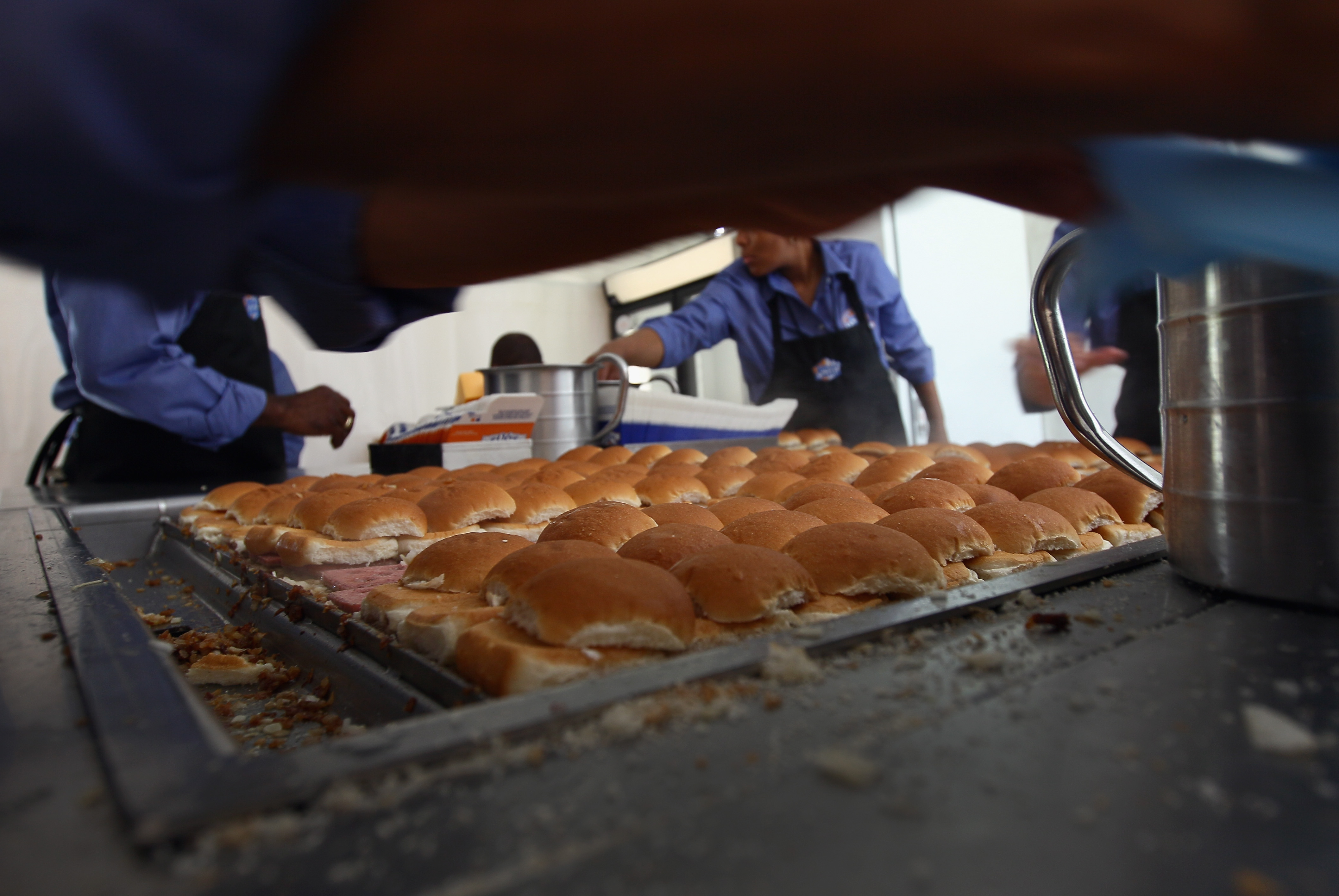 While White Castle works with Flippy to change its fry-serving game, other restaurant chains are looking down a different route post-pandemic. Think either smaller locations designed to just handle mobile orders or larger locations that put the drive-thru at the center of it all.

For instance, Burger King parent company Restaurant Brands International recently unveiled a prototype restaurant with no indoor dining. You can either grab your burger and fries at the window or go through the drive-thru and park the car under a canopy (sort of like Hudson’s former employer Sonic).

Shake Shack also took the wraps off its restaurant of the future this past summer. You can order and pay on the Shake Shack app and pick up the food at a drive-thru window or a small window.

Related: Never order this from a restaurant

"I know people love them and I’m meticulous about their storage and care if I serve them, but all it takes is one bad mussel and you’re down for the count," said Chef Mary Dumont to Business Insider.

The size of the dish is never worth the price.

Wrote Olmsted, "The bad news is that the vast majority of what is advertised as Kobe beef continues to be counterfeit, and it remains very difficult for consumers to tell the difference – at least until they taste it…"

Soup Special of the Day

Chefs and waiters took to Reddit to report on their top secrets. One topic the commentators unanimously agreed on? Soup specials, reported The Sun. It’s normally comprised of "yesterday’s leftovers."

“Soups, specials (when a product is about to go bad and not daily specials like half off pizza Tuesday)” wrote one commentator.

"Soup if it is late. That soup has been sitting on the warmer all day," explained another user.

Most restaurants get their fish orders on Thursday, so by the time the week has started again, the fish is probably old.

Said chef Siliva Barban to Insider, "It could be the most fresh and delicious special, but in some restaurants, specials are the way to clean up the fridge."

"I know how old most seafood is on Monday — about four to five days old," said Anthony Bourdain. He lists Tuesdays and Thursdays as the best days to order the dish.

According to Reddit, customers should never order dishes with Hollandaise sauce.

"I don’t trust hollandaise sauce to not come from a jacuzzi of aged bacterial growth," explained a commentator.

‘If you go to a popular brunch spot, mid morning in a Sunday, you probably don’t need to worry about the sauce getting reused as they’re moving through it very quickly. A diner that will serve Eggs Benedict at 4pm on a Thursday…yeah, that’s probably gross," explained another.

Explained Health.com, "Raw oysters can carry hepatitis A and a bacterium called Vibrio vulnificus, the latter of which can make you sick with vomiting and diarrhea. If you have certain conditions like diabetes, an infection can be fatal. The FDA notes that oysters from fancy restaurants or slathering hot sauce on the half shell doesn’t protect you. Your best bet is to order them cooked."

A user relayed his kitchen experience to the rest of the Reddit community, explaining swordfish is full of bacteria and parasites.

Sword fish. I’ve seen a chef cutting up and cleaning one before and it’s not pretty. Let’s jut say a fish that size picks up a good deal of parasites during its lifetime, and they all start jumping ship at once when they figure out their host is dead…" the user explained. "Any smooth skin fish aka most of the pelagic species (swordfish, wahoo, mahi, sailfish) are more prone to parasites than large scaled fish like snapper or grouper."

Be wary of dishes that are comprised mostly of sauces.

Explained Reader’s Digest, "To avoid running out of ingredients during the dinner rush, restaurants often order more food than they need. At the end of the day, surplus ingredients that haven’t expired can turn into tomorrow’s specials, disguised with sauce."

Be especially wary if it has meat, chicken or seafood.

"Having been a bartender, never order a drink with milk. There are hardly any drinks with milk, meaning hardly any milk is used. That partially-used quart they have behind the bar may have been sitting there for QUITE a while," wrote one Reddit user.

Most times, dishes that list "truffle" as an ingredient are actually using truffle oil, which is made up of various chemicals.

Explained chef James Birscione to Insider, "Chances are, the imitation truffle flavor will be offensively strong, and the 20 cents worth of truffle oil drizzled on your plate will result in a surge in menu price."