BOGOTA (Reuters) – The United States and Colombia will work together to bring new investment to rural areas of the South American country, officials said on Monday, as Colombia’s president reiterated support for the U.S. candidate to lead the Inter-American Development Bank. 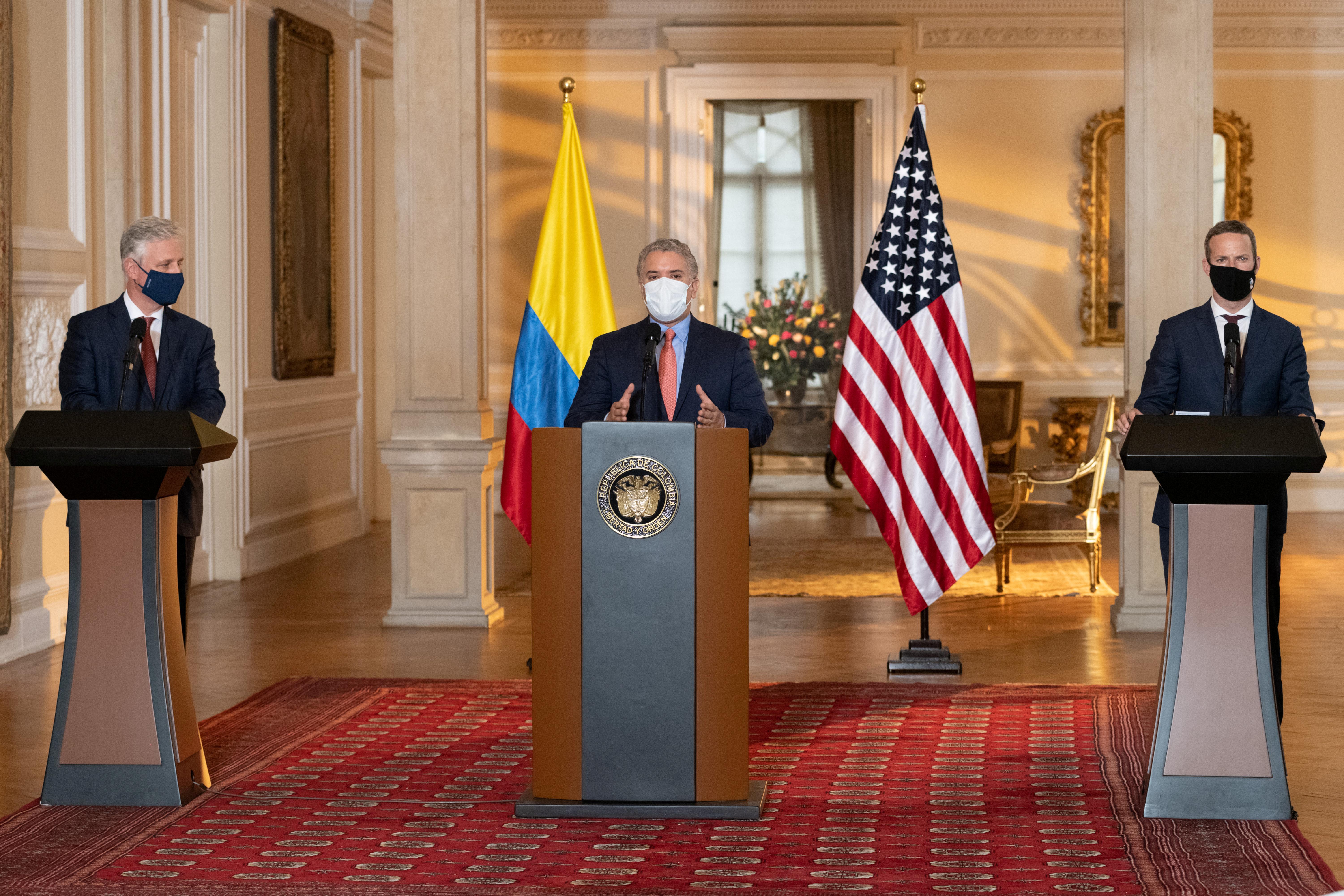 “This initiative will focus on key elements of the 21st-century growth in Colombia, the rule of law, security, infrastructure, rural development and democracy,” O’Brien said in a joint video statement with Duque.

Colombia will be part of a pilot program meant to incentivize near-shoring of U.S. businesses, part of a larger U.S. strategy announced on Monday.

Mauricio Claver-Carone, special adviser to U.S. President Donald Trump for the Western Hemisphere, was also on the visit.

Duque repeated Colombia’s support for Claver-Carone in his bid to lead the Inter-American Development Bank (IDB), which is set to choose a new head next month.

Several Latin American countries have called for a vote delay, citing concerns over having an IDB leader from outside the region.

“I want to reaffirm the support Colombia has given to the candidacy of Mauricio Claver,” Duque said. “You have presented a clear agenda to invigorate the recovery of Latin American economies.”

The United States unveiled a Western Hemisphere strategy on Monday focused on security, economic growth and countering China’s influence in the region.

The strategy aims to encourage U.S. companies to move manufacturing facilities and supply chains out of China and back to the Americas, a U.S. National Security Council official said.

The strategy also vows to maintain maximum pressure on rulers in Venezuela, Cuba and Nicaragua.