WASHINGTON (Reuters) – Millions more Americans filed for unemployment benefits last week, more than two months after a shutdown of the country to deal with the coronavirus crisis, pointing to a second wave of layoffs in industries not initially impacted by closures caused by the pandemic.

The Labor Department’s weekly jobless claims report on Thursday, the most timely data on the economy’s health, also showed the number of people on unemployment rolls surging to a record high in early May, suggesting that businesses were probably not rushing to rehire workers as they reopen.

This also raises questions about the efficacy of the government’s Paycheck Protection Program. A broad lockdown of the country in mid-March to contain the spread of COVID-19, the respiratory illness caused by the novel coronavirus, initially led to layoffs in mostly low-wage consumer-facing businesses such as restaurants and retailers. But economists say weak demand was causing layoffs in other industries like utilities, information, finance and insurance, and education.

“This raises the possibility that new private and public sector cutbacks may be creating a major barrier to stopping the labor market bleeding,” said Joel Naroff, chief economist at Naroff Economics in Holland, Pennsylvania.

Initial claims for state unemployment benefits totaled a seasonally adjusted 2.438 million in the week ended May 16, down from 2.687 million in the prior week, the government said.

Last week’s claims reading was in line with economists’ expectations, and marked the seventh straight weekly decline. First-time claims have been gradually decreasing since hitting a record 6.867 million in the week ended March 28. Still they remained more than triple their peak during the 2007/09 Great Recession.

The elevated claims have also been blamed on backlogs after the unprecedented amount of applications overwhelmed state unemployment offices.

In addition, states were now processing applications for gig workers and many others trying to access the federal government’s Pandemic Unemployment Assistance (PUA) program. These workers generally do not qualify for regular unemployment insurance, but to get federal aid for coronavirus-related job and income losses they must first file for state benefits and be denied.

There is possibility that some states are not stripping out the PUA-related applications from the initial claims numbers after determining eligibility.

“The states may be opening back up, but the labor market is still closed for millions across America and the loss of the income and spending of those without jobs will be a considerable headwind for this economic recovery,” said Chris Rupkey, chief economist at MUFG in New York.

The COVID-19 crisis has resulted in the worst labor market since the Great Depression and steepest economic downturn in more than 11 years. Other data on Thursday showed home sales recorded their biggest drop in nearly 10 years in April.

But the worst for the economy could be behind. A third report from the Philadelphia Federal Reserve showed businesses in the mid-Atlantic region were increasingly optimistic, with the six-month outlook the highest in 2-1/2 years in May. 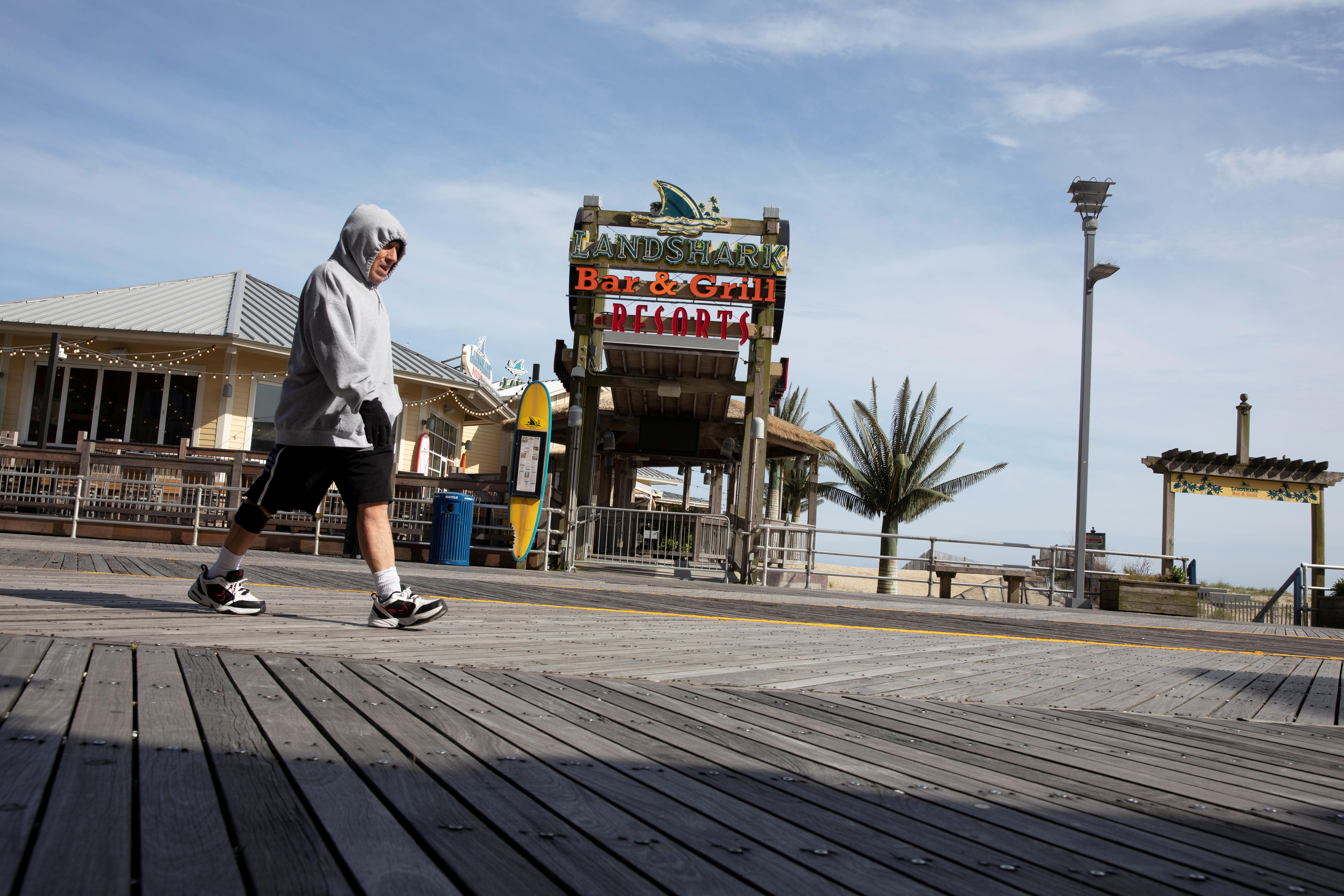 Stocks on Wall Street fell on the weak data, rising China-U.S. tensions and mixed retail earnings. The dollar was firmer against a basket of currencies. U.S. Treasury prices rose.

Last week’s filings lifted the number of people who filed claims for unemployment benefits to about 38.6 million since March 21. Economists cautioned this figure does not represent the number of jobs lost due to the pandemic, given the technical difficulties and procedures at state unemployment offices.

They also noted that this number could include people who have since found jobs. Last week’s claims data covered the week during which the government surveyed establishments for the nonfarm payrolls portion of May’s employment report. Claims dropped by 2 million between the April and May survey weeks. The economy lost a record 20.5 million jobs in April.

Attention is shifting from new claimants for jobless benefits to the number of people still on aid. These so-called continuing claims numbers are reported with a one-week lag, but are considered a better gauge of the labor market.

They offer a glimpse into how soon the economy ramps up and companies’ ability to get people off unemployment or keep workers on payrolls as they access their share of a historic fiscal package worth nearly $3 trillion, which offered loans that could be partially forgiven if they were used for employee salaries.

“The sharp rise in continuing claims illustrates that the easing of lockdowns in many states has not yet resulted in any large-scale recall to work for those currently on temporary layoff,” said Paul Ashworth, chief U.S. economist at Capital Economics in Toronto.

The government also reported 2.227 million claims were submitted last week under the PUA program, on top of the 6.1 million applications processed in the week ending May 2. There were reports Massachusetts misreported last week’s PUA figures.

A total of 27.282 million people were receiving benefits under state and federal government programs in the week ending May 2.