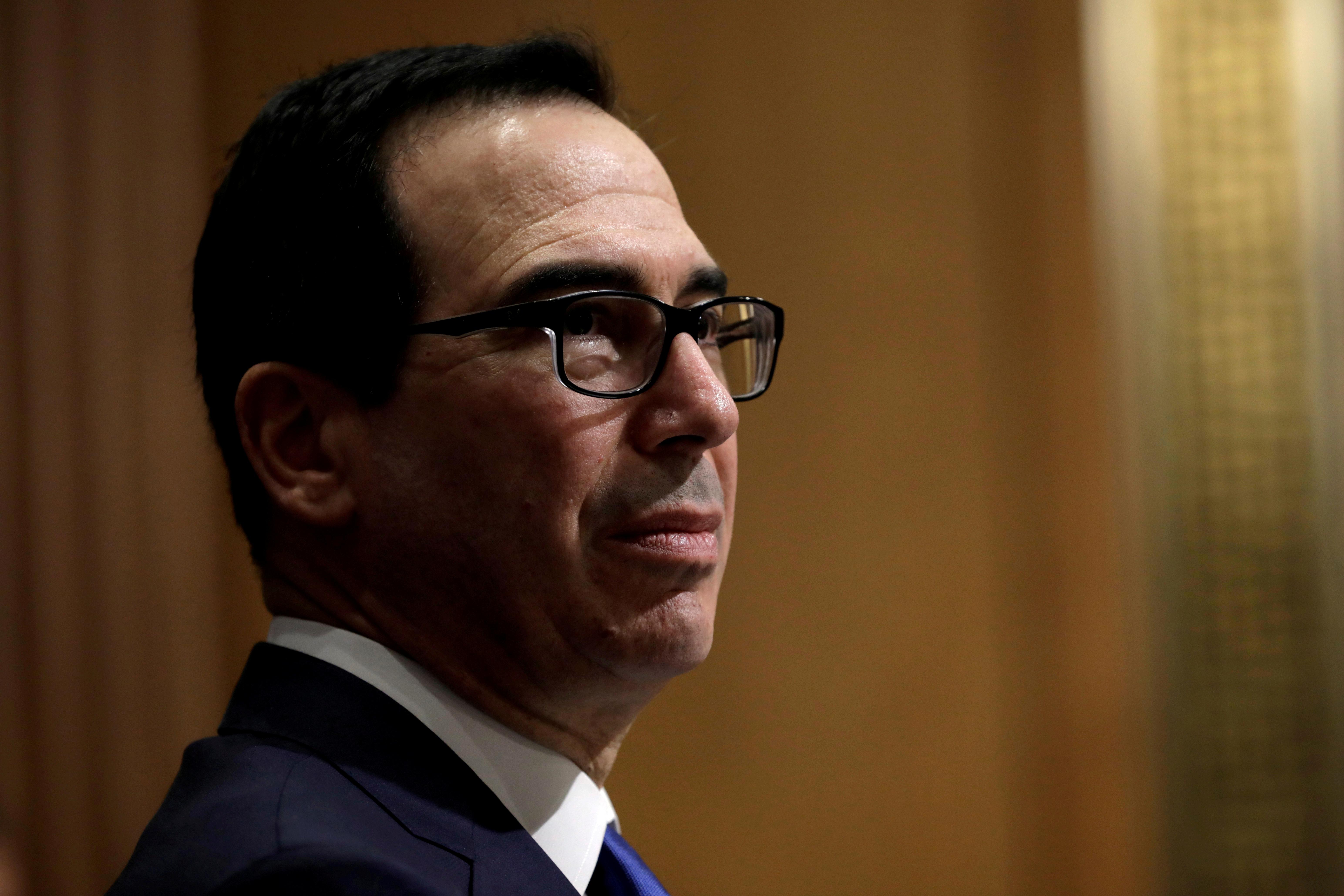 WASHINGTON (Reuters) – U.S. Treasury Secretary Steven Mnuchin on Friday said he expected the U.S. economic hit from the coronavirus outbreak to be short-term, and that the Trump administration was keeping its options open for any other future steps that may be needed.

Mnuchin told CNBC the U.S. Treasury and the Federal Reserve were working to keep markets open and to shore up liquidity, helping banks as needed and seeking a significant increase for small business lending.

He also said negotiations with Democrats in the U.S. House of Representatives over an economic relief package were also going well as lawmakers seek to reach an agreement with the Trump administration on a new bill to help aid those financially hit by the outbreak.

“We’re going to look at every tool in the toolbox,” he said in an interview.

Mnuchin added that it was unclear how long the economic fallout would last as the virus’ spread was still a fluid situation, but that he expected a strong economic rebound by year’s end and urged investors to focus on the long-term.

“The medical experts can’t give us a definitive period of time, whether this is one month or two months or three months, but we’re gonna get through this,” he said. “By the end of the year .. I think you can expect we’re going to have a big rebound in economic activity.”

One option not under consideration, he said: tariff relief for China.

“General tariff relief for China is not on the table,” he told reporters later at the White House.