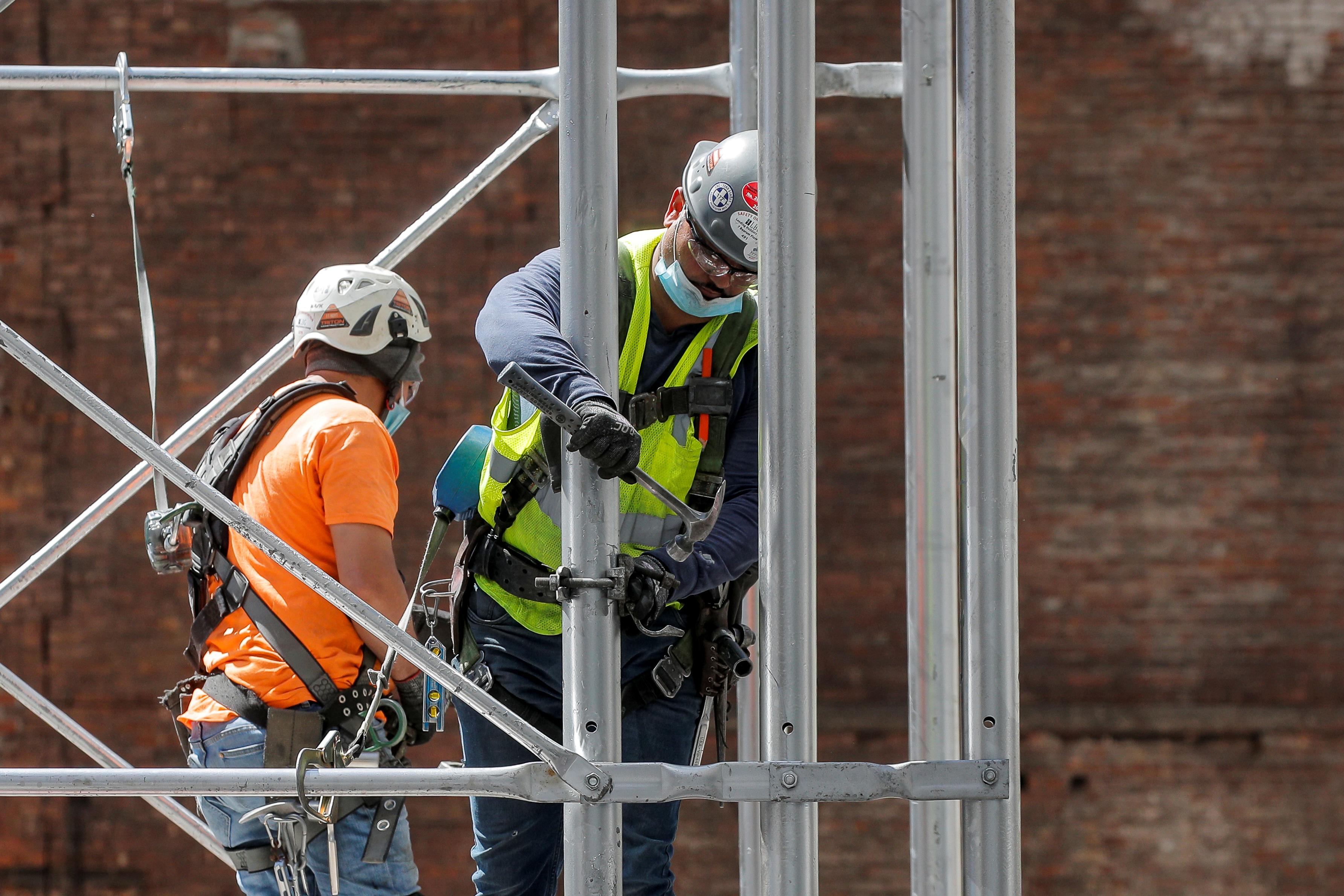 WASHINGTON (Reuters) – Layoffs in the United States are abating, but millions who lost their jobs because of COVID-19 continue to draw unemployment benefits, suggesting the labor market could take years to heal from the pandemic even as businesses resume hiring workers.

New applications for state unemployment benefits fell to a seasonally adjusted 1.542 million for the week ended June 6, from 1.897 million the prior week, the Labor Department said on Thursday. That pulled initial claims further away from a record 6.867 million in late March.

Economists polled by Reuters had forecast 1.55 million claims in the latest.

But the number of people staying on benefits remained high, with the so-called continued claims number at 20.929 million for the week ended May 30, the most recent data available for that metric. This was still lower than 21.268 million in the prior week.

The weekly jobless claims report, the most timely data on the economy’s health, followed news last Friday of a surprise 2.5 million increase in nonfarm payrolls in May. It reinforced views that the labor market has weathered the worst of the turbulence. But claims for jobless benefits are still more than double their peak during the 2007-09 Great Recession.

Many businesses have reopened after being shuttered in mid-March to slow the spread of COVID-19. However, claims remain elevated amid jobs cuts outside the consumer sector, among industries that were not initially hit by the shutdown.

“The steady retreat in claims is a positive development, but the labor market has suffered a traumatic blow and a full recovery will be measured in years, not weeks or months,” said

Nancy Vanden Houten, lead U.S. economist at Oxford Economics in New York. “The figures don’t capture the full extent of the blow dealt to workers during this unique crisis.”

The Federal Reserve signaled on Wednesday it would provide years of extraordinary support for the economy, with policymakers projecting a 9.3% unemployment rate at year end. The unemployment rate has jumped from 3.5% in February and was at 13.3% in May. Fed Chairman Jerome Powell told reporters on Wednesday there would an “extended period” during which it would be “difficult for many people to find work.”