The UK has fallen 13 places down the global broadband speed rankings and is now among the slowest in western Europe, according to new figures.

An annual table compiled by Cable.co.uk showed Britain falling to 47th place, down from 34th a year ago.

The figures suggest it would typically take twice as long to download a film in the UK than the average for western Europe. 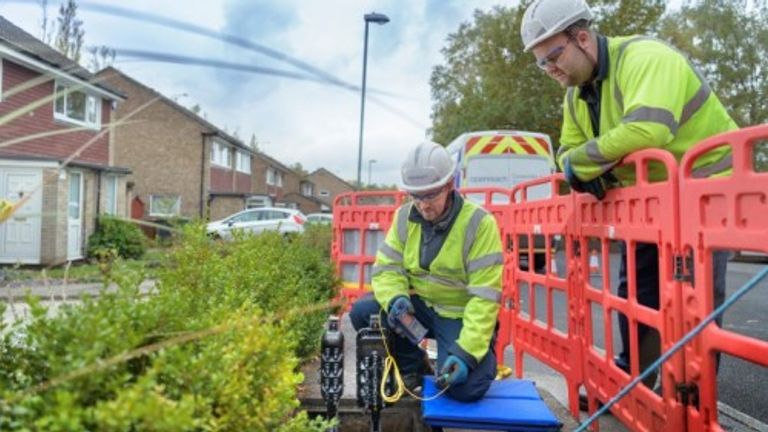 That is because the average broadband speed of 37.82Mbps is just under half of that of 81.19Mbps for the wider region.

Britain ranks 22nd out of 29 countries in western Europe.

The table is based on 557 million broadband speed tests conducted across 221 countries.

Liechtenstein tops the global table with average speeds of 229.98Mbps with the US in 20th on 71.30 Mbps and South Sudan bottom with 0.58Mbps.

The report said: “Last year, we predicted that with the UK only just beginning to roll out FTTP (fibre to the premises), and with a number of other European countries already a long way ahead of the UK in this regard, it would likely slip down the table… and that is exactly what has happened.”

The figures show that on average it now takes 18 minutes to download a typical 5GB film in the UK, compared to 16 minutes in Germany, 12 minutes in Poland, eight minutes in Sweden and just under three minutes in Liechtenstein.

Dan Howdle, consumer telecoms analyst at Cable.co.uk, said that while networks such as Virgin Media offered faster speeds in parts of the country, BT’s Openreach network “remains the anchor that keeps average speeds in the UK comparatively low”.

BT has committed to funding a £12bn investment programme to roll out superfast fibre broadband to 20 million premises across Britain by the end of the decade.

Earlier this year, MPs launched an inquiry looking at how realistic the government’s pledge is to bring high-speed internet to every home and business by 2025.