(Reuters) – U.S. stocks eased on Tuesday as investors took profits a day after the S&P 500 logged its longest streak of gains this year and as new U.S. coronavirus cases rose further. 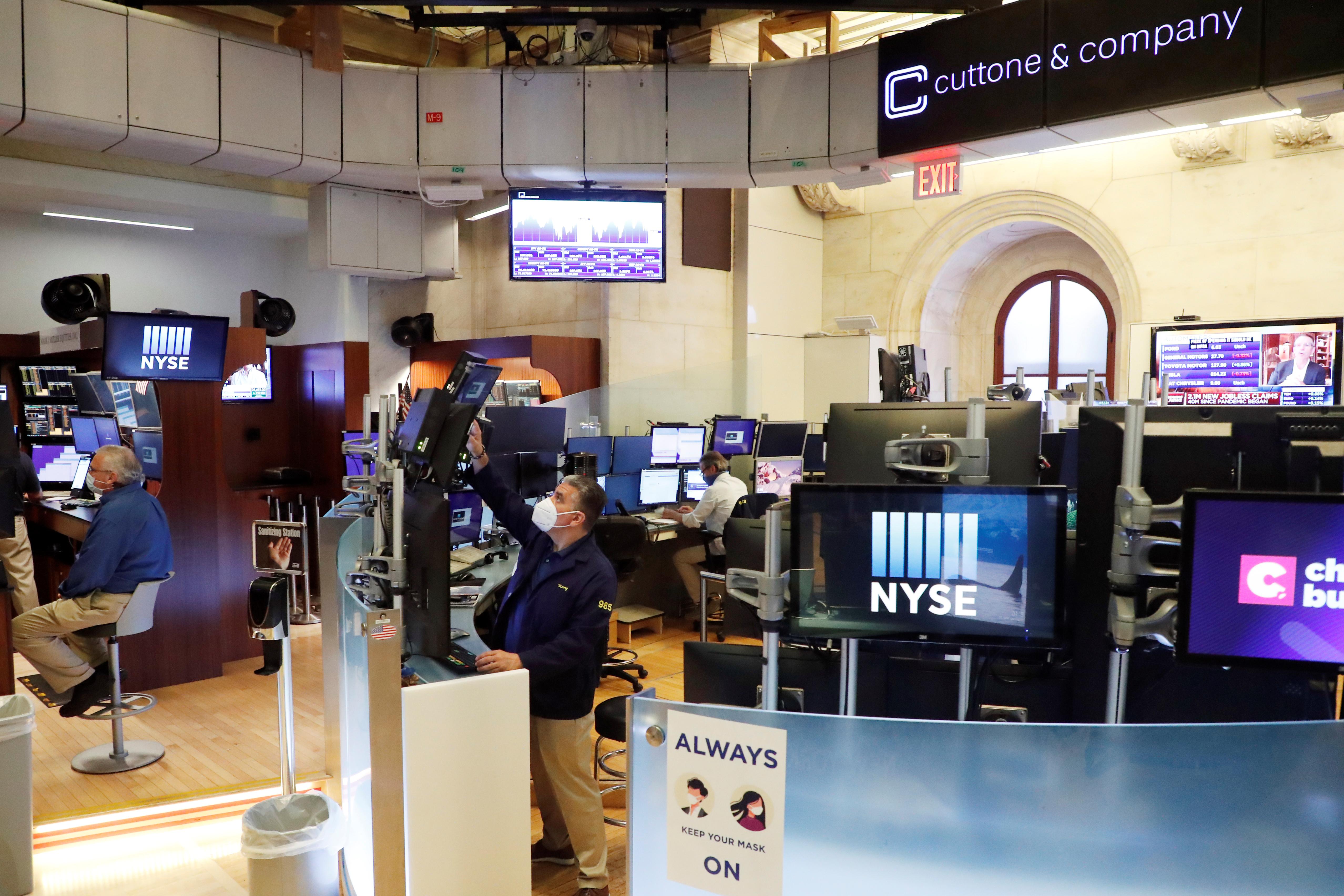 The Nasdaq was outperforming the other two main indexes, hovering between gains and losses but claiming another record high. Boosting the Nasdaq were shares of technology heavyweights Microsoft Corp (MSFT.O) and Apple Inc (AAPL.O).

“I’m looking at this simply as a digestion day where investors are sort of regrouping after yesterday’s nice, upward move, as well as the advance that we saw last week,” said Sam Stovall, chief investment strategist at CFRA Research in New York.

He noted that the forward price-to-earnings ratio on the market is now at a nearly 50% premium to the 20-year average, based on his data.

The S&P 500 and Nasdaq have risen in the past five sessions despite an alarming rise in coronavirus cases in the United States as a slew of upbeat data for June bolstered views that an economic recovery is underway.

An index of bank stocks .SPXBK dropped 3.0%. Travel-related stocks, which were among the hardest hit during lockdowns, also fell. The S&P 1500 airlines index .SPLCOMAIR shed 4.5%.

The benchmark S&P 500 and blue-chip Dow Industrials .DJI have risen about 45% from their March lows and are now about 6% and 11% from their record levels hit in February. The Nasdaq .IXIC reclaimed its record high last month.

Walmart Inc (WMT.N) jumped 6.2% after a report that the retailer is close to launching its membership program, a direct competitor for Amazon.com’s (AMZN.O) Prime service. Amazon shares slipped 1.3%.

Novavax Inc (NVAX.O) jumped 29% as the U.S. government awarded $1.6 billion to the drugmaker to cover testing, commercialization and manufacturing of a potential coronavirus vaccine in the country.

Declining issues outnumbered advancing ones on the NYSE by a 2.26-to-1 ratio; on Nasdaq, a 1.97-to-1 ratio favored decliners.