The competition watchdog is on the verge of reissuing a provisional green light for Amazon to acquire a big stake in Deliveroo – but on a different basis to that which it gave just two months ago.

Sky News has learnt that the Competition and Markets Authority (CMA) is expected to announce as soon as Tuesday afternoon that it is minded to approve a deal – announced more than a year ago – for the world’s biggest online retailer to buy a 16% stake in one of the UK’s most popular restaurant delivery apps.

A source close to the CMA said it had concluded that the nature of the shareholding, which would include a seat on the Deliveroo board but would not entail superior voting rights to any other shareholder-director, meant that blocking the deal would not be justified.

The decision is a preliminary one, and could still be overturned by the regulator ahead of a final decision due to be made in August.

Nevertheless, the basis on which the provisional approval is being granted will raise questions about the CMA’s decision-making.

In April, it said that the coronavirus pandemic had led to a deterioration in Deliveroo’s finances, to the extent that it could face collapse if the investment from Amazon was not approved.

“The CMA… has provisionally concluded that Deliveroo’s exit from the market would be inevitable without access to significant additional funding, which the CMA considers that only Amazon would be willing and able to provide at this time,” it said at the time.

“While securing additional funding from other sources may have been possible before the coronavirus outbreak, the pandemic has severely limited the availability of finance for early stage businesses such as Deliveroo.

“The CMA currently considers that the imminent exit of Deliveroo would be worse for competition than allowing the Amazon investment to proceed and has therefore provisionally found that the deal should be cleared.” 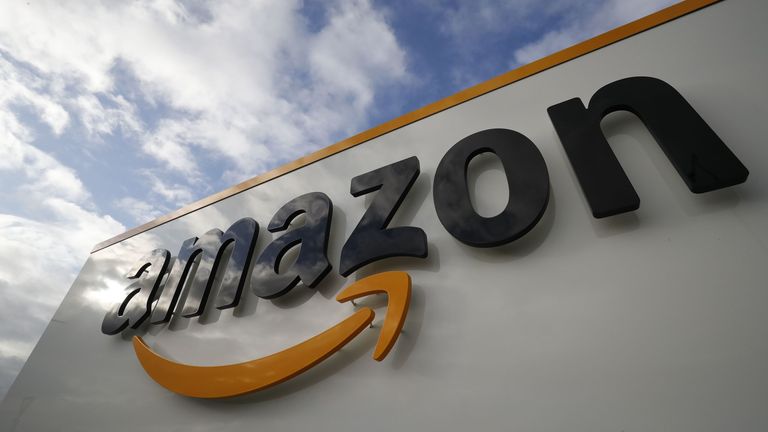 The source said that the watchdog no longer believed that the “failing firm” defence was valid, but that its consideration of the investment purely on competition grounds had led it to the same conclusion.

The CMA is now understood to have decided that allowing the investment would not damage competition in either the restaurant delivery sector or in grocery deliveries, where Deliveroo has been expanding its presence during the COVID-19 pandemic.

“If the investment has been for a 16% stake all along, then why had it not been approved on the same basis previously?,” they said.

The CMA had previously argued that by allowing Amazon to lead a $575m (£440m) fundraising by Deliveroo, it could diminish competition by removing the possibility of the internet behemoth returning to a market it exited several years ago.

Deliveroo handles orders for food from chains such as Byron, Pizza Express and Wagamama, and since the coronavirus outbreak has struck partnerships with food retailers such as Marks & Spencer.

In a joint submission earlier this year, the two companies argued that Amazon’s grocery delivery service competes with those of Sainsbury’s and Tesco, while Deliveroo’s is more akin to that of Uber Eats.

They also disputed the CMA’s suggestion that Amazon would exert “material influence” over Deliveroo by virtue of its planned investment, which would equate to an undisclosed minority stake in the British business.