As the valedictorian of her Dallas high school, Melinda Gates delivered a graduation speech that included a quote attributed to Ralph Waldo Emerson. “To know even one life has breathed easier because you have lived,” she told her classmates, “this is to have succeeded.”

Decades later and billions of dollars wealthier, Ms. Gates says the quote is still ringing in her ears. “That’s been my definition of success since high school,” she said. “So if I have an extra dollar, or a thousand dollars, or a million dollars, or in my case, which is absurd, a billion dollars to plow back into making the world better for other people, that’s what I’m going to do.”

As the wife of Bill Gates, the Microsoft co-founder, Ms. Gates now has the capital, clout and connections to have an impact however she pleases. She is one of the richest people in the world, a leading voice in global health and an advocate for women’s economic empowerment. As a face of the Bill and Melinda Gates Foundation, she is also a lightning rod for critics who say billionaires have too much sway over public policy, as well as for conspiracy theorists who harbor darker fantasies.

The Gateses have been sounding the alarm about infectious diseases — and the need to fund vaccination efforts — since the late 1990s. That was when, during travels in Africa and India, the extreme poverty they saw prompted them to reflect on how they might use their wealth to make a difference.

“We just kept saying: ‘What’s going on here? Why isn’t the infrastructure here for roads? Why aren’t we seeing more people who are doing well economically? What’s happened?’” Ms. Gates said. “We started to think about what philanthropy’s role might be and realized that the best place to intervene, if you want somebody to live a full and productive life, was to start with health.”

Since then, the Gates Foundation has given away more than $55 billion, much of it directed at efforts to eradicate disease in the developing world. It has helped to all but wipe out polio, and has poured money into programs aimed at ensuring that poor countries have easy access to vaccines.

When the coronavirus pandemic hit, the foundation turned its attention to the vast and complex project of developing vaccines for the new virus, and ensuring that they could be widely distributed. So far, the foundation has contributed nearly $500 million to coronavirus response efforts. Earlier investments by the foundation are paying off as well — one of the drugmakers it previously funded, BioNTech, has developed a successful Covid-19 vaccine with Pfizer.

Ms. Gates is more optimistic today than she was a couple months ago. Vaccines that appear to be safe and effective are beginning to be deployed. Treatments for the virus have improved. And President-elect Joseph R. Biden Jr. has made beating back the pandemic his top priority.

“The Biden administration will re-enter the global stage and be a participant in making sure the whole world gets vaccines,” Ms. Gates said. She added that the virus team assembled by Mr. Biden was “a very strong, eminent group who are wise and thoughtful and very reasonable.”

Yet Ms. Gates was realistic about the challenges ahead. Vaccine hesitancy is on the rise, disinformation is running rampant on social media, many Americans still refuse to wear masks, and cases are surging again.

“We still have a stretch of very dark months ahead of us," she said.

This interview was condensed and edited for clarity.

You and Bill have been warning about the risk of pandemics for a long time. How has the last year diverged from your expectations?

You can project out and think about what a pandemic might be like or look like, but until you live through it, it’s pretty hard to know what the reality will be like. So I think we predicted quite well that, depending on what the disease was, it could spread very, very, very quickly. The spread did not surprise us.

What did surprise us is we hadn’t really thought through the economic impacts. What happens when you have a pandemic that’s running rampant in populations all over the world? The fact that we would all be home, and working from home if we were lucky enough to do that. That was a piece that I think we hadn’t really prepared for.

What do you think should have been done earlier at the start of the pandemic?

We can look at how this disease traveled around the world and see that the countries who locked down first, they’re doing better. Many African countries saw it coming and locked it down early. Their replication rate just never got as high as many other countries. And that is a good thing.

We should have said sooner that if you’re going to go out, wear a mask. I mean, the fact we’re even still debating that in the United States makes zero sense. Most people get in a car today and know that to save their own life, they ought to wear a seatbelt. Most people would agree that having drunken drivers on the road is a bad thing, not only individually but for us as a society, because it causes more deaths.

Well, masks are just the right thing to do right now. It is insane that we’re at this point in this pandemic, in the United States, and we’re still debating whether people should wear a mask when they go in a store to buy their groceries.

What do you believe are going to be the most serious challenges to conducting an effective and comprehensive vaccination campaign in this country and around the world?

We do know how to get the vaccine out, even in very remote circumstances. Some of the vaccines will be much harder than others and require very substantial cold chains, so those will be hard to get out around the globe. But there are vaccines coming right behind those, so I’m quite optimistic.

The disinformation has been incredibly harsh, and it affects people’s lives. But I’m also hopeful that as the vaccine comes out and people see that it’s safe and efficacious, they will start to take it so that they can go out and return to normal. 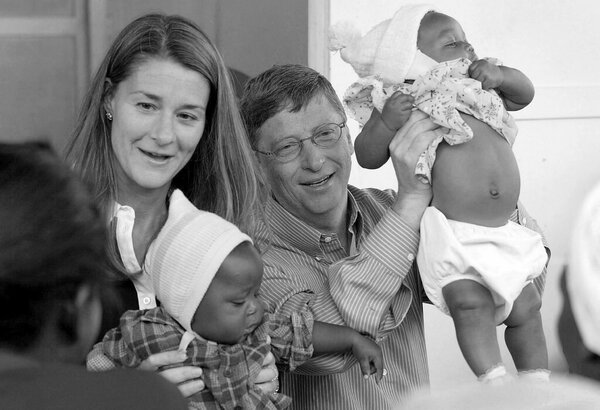 To what do you attribute the rise in vaccine hesitancy? Is it as simple as disinformation?

I think, quite honestly, the advent of social media. If you’re a conspiracy theorist and you get connected to somebody else who maybe has heard of the autism problem that didn’t really exist, those things start to connect, and then those conspiracies start to replicate. We’re at a point of a lot of distrust in the country and all over the world. We know people are more polarized. Disinformation is just too easy to spread, and that’s going to cost people their lives.

Say I start to believe PizzaGate and I start clicking all the theories of PizzaGate. What I’m going to get served up on my social media channel is lots more things about conspiracy theories. And if I don’t have anybody pushing back on that, and I’m going down that wormhole, I’m going to start to believe more and more and more disinformation. That’s just not good for society. Between social media and people’s own anxiety and the polarized nature of our country, all these pieces have combined to make sort of a perfect storm around vaccine hesitancy.

Are there some people who will never get vaccinated, never wear a mask? Yes. We’re already seeing that in places in the country. But I think the more important question is: Will there be a broad set of people that will take this vaccine? And I think the answer to that will be yes.

The Road to a Coronavirus Vaccine

Words to Know About Vaccines

Confused by the all technical terms used to describe how vaccines work and are investigated? Let us help: