Global stocks plunged below bear market thresholds, with European shares taking their largest percentage drop on record and Wall Street’s Dow industrials index .DJI on track for its largest weekly percentage decline in over a decade.

The New York Federal Reserve pumped more liquidity to banks, briefly reversing some of the day’s losses. It was the third substantial increase in repo support announced by the U.S. Federal Reserve this week, a sign the Fed is taking drastic steps to inject more liquidity into the banking system as markets show signs of stress.

The U.S. dollar rose indiscriminately, in yet another sign of market stress.

Oil prices sank further, while traditional safe-haven assets like gold and the Japanese yen lost value against the dollar.

Trading was halted for 15 minutes shortly after the open in New York after the benchmark S&P 500 stock index tumbled more than 7%. It was recently trading down 7.8%.

In a televised address that also included support measures for the economy, U.S. President Donald Trump imposed restrictions on travel from Europe to the United States, shocking investors and travelers.

Traders were disappointed after hoping to see broader measures to fight the spread of the virus and blunt its expected blow to economic growth.

“The economy is going to grind to a halt in the next month and the recession risk is real now,” said Zhiwei Ren, managing director at Penn Mutual Asset Management in Horsham, Pennsylvania.

Trump said the United States would suspend all travel from Europe, except Britain and Ireland, for 30 days starting on Friday. He later said trade would not be affected by the restrictions.

Worries spread far beyond stocks to companies’ lines of credit and their ability to finance business activity in the short term.

Fear of the unknown “is gripping markets and it’s more impactful in the credit markets at the moment, liquidity has effectively evaporated,” said John McClain, a portfolio manager at Diamond Hill Capital in Columbus, Ohio. “People are looking ahead and saying what’s this world going to feel like when we’re all working at home.”

The VIX volatility index – Wall Street’s “fear gauge” – and an equivalent measure of volatility for the Euro Stoxx 50 .V2TX hit their highest since the 2008 financial crisis.

Fed fund rate futures <0#FF:> are now pricing in a 1.0 percentage point cut, rather than 0.75, at a policy review next week.

The euro weakened after the ECB stimulus announcement.

Demand for dollars via the currency derivative markets surged to the highest levels in years in a sign that coronavirus-induced economic stress is starting to manifest itself in a broad scramble for funding in dollars.

“Dollar liquidity is king in times of crisis and that is what the blow-out in swap spreads is telling us,” said Kenneth Broux, a currency strategist at Societe Generale in London.

He said this could mark a move into the next sell-off stage, which could mean a three-week-long worldwide rout in shares and riskier bonds giving way to a rush for dollars.

Oil prices were also hit, compounded by an intensifying price war between Saudi Arabia and Russia, on top of fears of a sharp slowdown in the global economy. 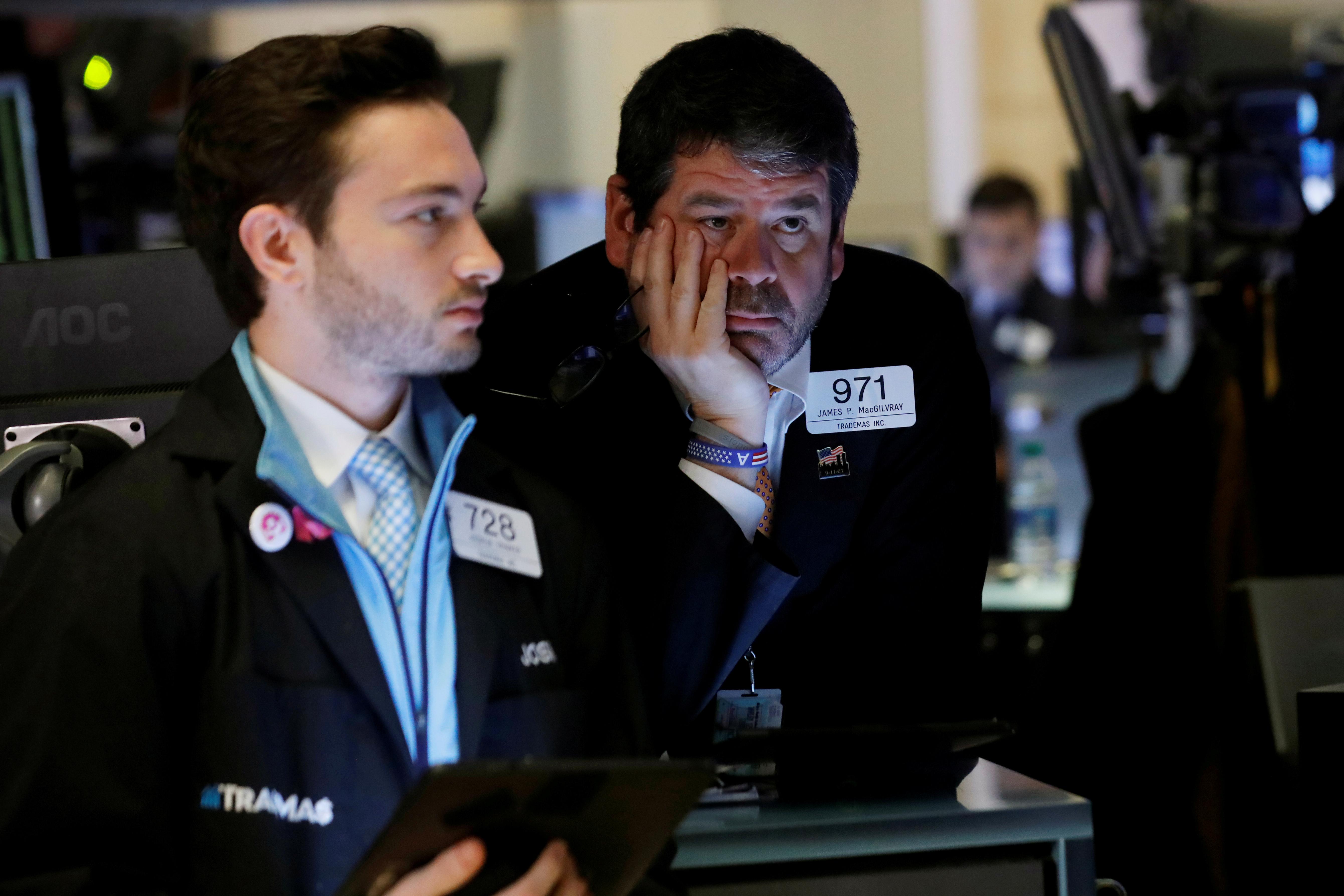