The late-night suspension of Ofqual’s criteria under which students can challenge their A-level grades, only hours after the policy was published, has left young people hoping to appeal even more confused. Some of them share their stories below.

Amelie Snelgrove, 18, Poole: ‘It is a possibility that I will not be attending university’

“Government regulators shouldn’t be releasing statements and taking them back all of a sudden. I can’t rescind and review my Ucas statement. The only way forward is to use the centre assessment grades (CAGs). They are facing 280,000 appeals potentially, the manpower that will take is insane – it’s impossible. I’ve spent two days on the phone and emailing my ‘firm’ and ‘insurance’ choice universities back and forth. 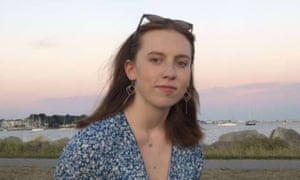 “I feel intense frustration, anxiety and do not believe that my result, ABB, fairly represents me in comparison to my CAGs or even my mock results. I achieved higher mock grades than my calculated Ofqual grades, which saw me rejected by Bristol and Exeter. This means that it is a possibility that I will not be attending university. I can’t help but think back to the prime minister’s speech in March, when he promised: ‘We will make sure that pupils get the academic qualifications they need and deserve for their academic career.’”

Simranjit Hussain, 19, Burton-on-Trent: ‘The way they dealt with the whole situation was wrong’

“I have been completely disregarded during this whole process, after taking a year out to improve my grades. It’s so disheartening. I was predicted AAB but received BBD. I think it was all wrong from the beginning, the way they dealt with the whole situation. If you’re from a certain area, you’re more likely to come away with grades you’ve never received in your life.

“My school has told everyone they’re going to go for an overall appeal of all subjects; I’m not sure how that is going to pan out and I’m not going to rely on it. I’m planning to resit in the autumn because I don’t think the appeal is going to change much for me. I haven’t got confidence in it. It’s not going to change in time. It just doesn’t make sense to me.”

“It’s completely disorganised, and they had prior warning as the same thing happened in Scotland. My grades are not good enough for any courses I deserve to be on, so I have no choice but to appeal once we are able to. But so far I’ve not had any confidence in what the government has proposed regarding A-levels. Still, the initial advice on appeals made no sense, so I’m glad they’re changing it. 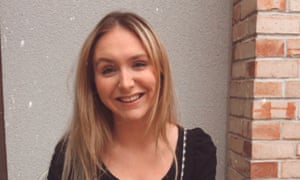 “I moved from south-west London after my GCSEs to north Devon to complete my A-levels and I have suffered extreme downgrading – likely due to my new postcode. My classmates in London who achieved the same GCSE results as me experienced much less downgrading, while I lost my place at Exeter despite my offer being highly achievable. I feel a huge and very clear injustice has taken place across poorer areas, and this should not be the case. If I had continued my education in London then I would not be in this position.”

“My school has recommended I appeal against all my assigned grades. After that, I’m not sure of what to do. I just feel utterly let down and betrayed by the system. If they can use CAGs, that would be the best thing. These announcements have created a great level of uncertainty. My place at Edinburgh hangs in the balance. It’s been incredibly stressful, because this is my future.

“As an autistic person with dyspraxia, I have had to fight to succeed at every step of my education. I achieved nine GCSEs and in year 12 I received three As in my end-of-year exams. I was absolutely determined to prove that I was more than capable of succeeding. My centre-based assessment graded me at two As and a B, but Ofqual lowered my results by five grades in total, awarding me three Cs. I feel utterly cheated.”