The University of Manchester has commissioned an inquiry over a fence that was put up around a halls of residence on the day England went into lockdown.

The barrier erected around the Fallowfield halls of residence was torn down in protest by students on Thursday evening.

Students told The Independent they woke up to find fencing surrounding their accommodation block on Thursday, having received no information or warning about it beforehand.

“Firstly, I want to apologise again for the distress caused by putting up the fence yesterday and the very poor communication surrounding this,” the university’s vice-chancellor said on Friday.

“I am determined to find out what went wrong and to learn from it,” Professor Dame Nancy Rothwell said.

“As a matter of urgency, I have commissioned an inquiry into these events.” 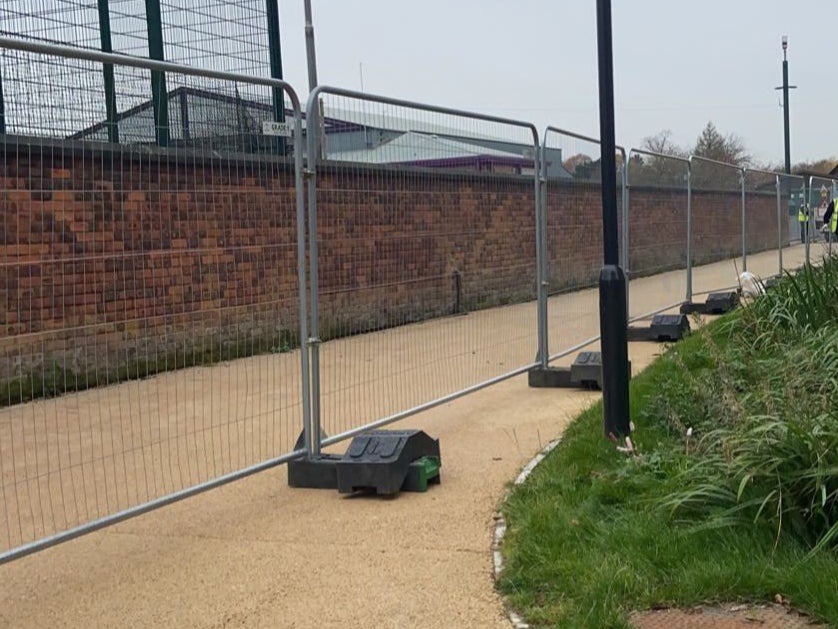 A protest was held at the university, with images on social media showing crowds gathering on campus and at least part of the fencing pulled down, hours after students awoke to find they were surrounded by the barriers.

First-year Katie Hassell told The Independent on Thursday students felt “distressed because we’ve had no communication”.

The university said the fencing was in response to concerns about non-residents accessing the site, and was not intended to stop students from coming and going.

The vice-chancellor said an inquiry – which will be published at the end of November – will look at “how and, for what reasons, the decision to erect the fence around the residences on the Fallowfield campus was taken”.

The report will also examine “ how this decision was – or wasn’t – communicated to students”, she added.

Prof Rothwell said: “I know the events of yesterday were distressing for many students on a personal level at what is already a very difficult time. I’m sorry for that.

“I also regret that our actions led to protests and unrest at the residences last night.”

She added: “The fence has been removed today and, in consultation with students, additional security measures will be put in place to help to keep all of our residents safe.”

The inquiry into events will be conducted by Professor Clive Agnew, a former vice-president for teaching, learning and students, and the intention is to also include a former students’ union officer, the vice-chancellor said.

The university moved most of its teaching online at the start of October, when more than 1,000 coronavirus cases had been reported among students following the start of term.