I first met my friend Joyce Jayes, who has died aged 94, in the early 1970s when she became secretary to the history of art department at Westfield College, which at the time was part of the University of London, where I taught.

The term “secretary” does not do justice to Joyce’s many talents, nor to the contribution she made to the lives of students, visiting academics, staff and their families – all of whom came within her orbit. Joyce was a remarkable person, beloved by all who knew her, and her ability to cope in difficult circumstances was legendary.

A visiting lecturer arriving for some reason on the wrong day would be sent away smiling; another who had left vital papers in Oxford would find that Joyce had arranged a special visit there to retrieve them. Ernst Gombrich, after giving a lecture in which he mentioned in passing a book in Hungarian that he could not understand, found on his next visit that Joyce had slipped him the phone number of a translator. Many students will remember her fondly as particularly comforting around exam time.

Joyce was born in Middlesbrough to Stanley Ratcliffe, a bus driver, and Doris (nee Briggs), a barmaid. She went to Acklam Hall grammar school in Middlesbrough and then moved to London, where she attended the St Godric’s secretarial college in Hampstead, afterwards becoming a secretary in the London office of an Australian newspaper, the Sydney Morning Herald.

Around this time Joyce became an editorial assistant at the London office of the Times of Ceylon, working there for three years until she left to bring up her young family. 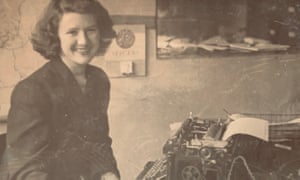 She returned to office work in 1970, when she joined Westfield College, and remained there until 1990. After that she transferred with me to University College London, becoming secretary to the history of art department, of which I was head. She worked in that role until her retirement five years later.

She is survived by Robert, their two children, Alison and Anthony, five grandchildren and four great-grandchildren.