Mr Salmond  said his new Alba Party would harry the Scottish Government to “get a move on” when it comes to separation. In a fresh swipe at his former SNP protege,  Mr Salmond claimed his breakaway outfit is offering “more courage, and less caution” in the Holyrood election. Unionist rivals warned the remarks highlighted the “very real” danger of the next five-year parliamentary term being dominated by demands to break up Britain. Mr Salmond and Ms Sturgeon have repeatedly traded blows over independence tactics in their raging civil war.

The pair have not spoken since 2018, when he took legal action against the Scottish Government’s handling of sexual harassment complaints against him.

Mr Salmond was cleared of 13 counts of sexual assault at the High Court in Edinburgh last year but did admit inappropriate conduct.

The former first minister hopes SNP backers will give Alba their second list votes on May 6 to create a separatist “supermajority”.

Alba’s manifesto unveiled yesterday, promises to be “the independence movement’s voice in parliament to make sure that no more cans are kicked down the road”.

It also pledges to work with all parties who are showing “the necessary urgency” – but will exert “intense pressure on any which do not”.

Ms Sturgeon has said she wants a referendum by the end of 2023, as long as a pro-independence majority is returned.

But launching the document in an online speech, Mr Salmond said he would ensure there is no “backsliding on timetables”.

He said Alba MSPs will lay a motion before the Scottish Parliament to immediately begin independence negotiations with Whitehall. 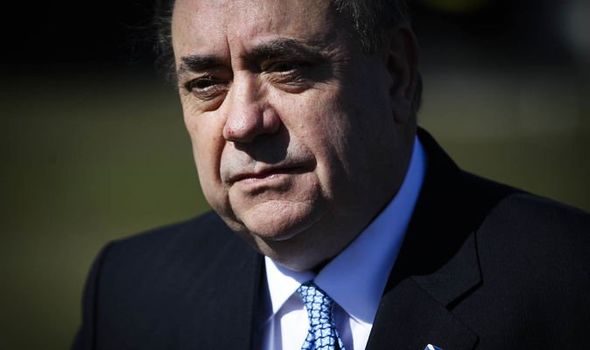 Mr Salmond said: “That is the sense of urgency we intend to inject into the independence debate.

“And we’ll do that every day we’re in parliament, pressuring a pro-independence Scottish Government to get a move on, and holding it to account if it doesn’t.”

However, Mr Salmond insisted Alba is not a “single-issue party” despite the 57-page document’s heavy focus on secession.

He added: “Alba aren’t standing to become a government.

“We’re standing to be in a position to push the government further than they would otherwise go.”

Alba also proposes using “diplomatic pressure and international legal action, and the mobilisation of the Scottish people through popular and peaceful demonstration and direct action” to help secure a referendum.

The manifesto says preparations should be made for a Scottish central bank and a new currency to be put in place “as soon as possible” following independence, with sterling still used as a “dual currency” over a period of time. 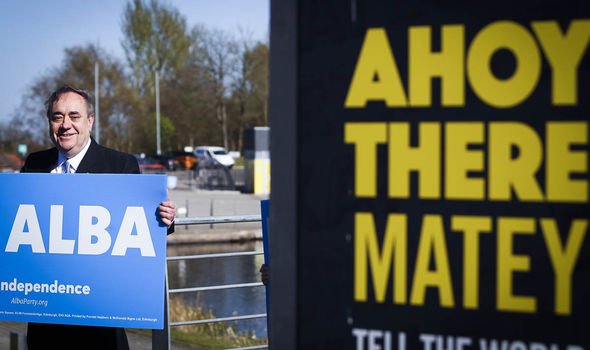 In a complete change of direction from Ms Sturgeon’s plans it also downplayed the prospect of an independent Scotland joining the EU.

But the Alba manifesto said this could “take years” and calls for membership of the European Free Trade Association (EFTA) to be given priority.

It claims this could take place while maintaining the Common Travel Area and potentially a customs union with the rest of the UK.

The manifesto states this would serve as either an interim position from which to negotiate EU membership or a long-term proposal “depending on the view of the Scottish people”.

The party also argues for reform of Holyrood, including creating a second “Citizens’ Chamber”, which it says could sit in the old Royal High School building on Calton Hill in Edinburgh.

Other pledges include free school breakfasts and lunches for nursery, primary and secondary pupils.

It proposed the creation of Scottish National Renewable Corporation, which would hold shares in big renewable energy projects and contribute to a sovereign wealth fund.

Alba also suggested the introduction of a land value and use tax and creation of a national housing company to build properties “out of Scottish timber.”

“He wants to get himself and Alba members elected to try and start negotiations on another divisive referendum on day one after the election.

“They are not interested in focusing on our recovery which is where all our energy should be. 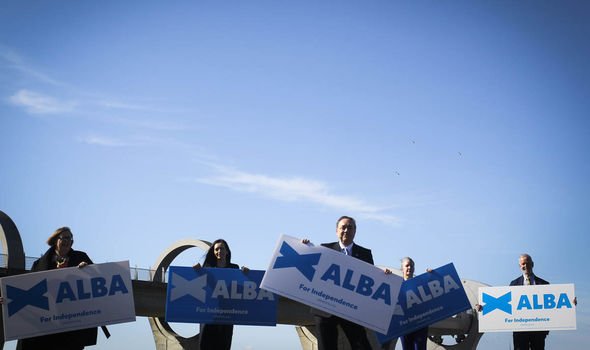 “The threat of our next Parliament having nationalists only focused on breaking up our Union is very real.”

Scottish Labour leader Anas Sarwar said: “I don’t believe Alex Salmond’s motive in this election campaign is about a referendum.

“I don’t think his motives are around focusing on the next parliament on recovery.

“His motive is revenge. I think we need to take that into context in terms of the election campaign of Alba.”

A spokesman for the SNP said: “In a fortnight’s time, the people of Scotland will have a choice whether to put Scotland’s future into the hands of Boris Johnson or putting Scotland’s future in Scotland’s hands by re-electing Nicola Sturgeon as First Minister with both votes SNP.”