Labour MP Stephen Kinnock unleashed a scathing attack on the Government arguing Boris Johnson’s team is “trashing” the UK’s reputation internationally with their plan to revisit the Brexit withdrawal agreement resulting in a breach of international law. But in a bid to discredit Mr Kinnock’s criticism of the Government, Tory MP Andrea Leadsom highlighted both Mr Kinnock’s parents earn huge pensions from the European Commission and that he is one of the biggest Remainers within Westminster.

Appearing on Sky News, Mr Kinnock said: “A Government that is trashing our international reputation and undermining the Democratic mandate on which it won a general election.

“They are also putting very difficult questions on the table regarding the Northern Ireland peace process and we know how fragile that can be.

“I think on every level this was a new low from this Government.”

Ms Leadsom replied “That is such complete tosh Stephen, both your parents earn huge pensions from the European Commission. 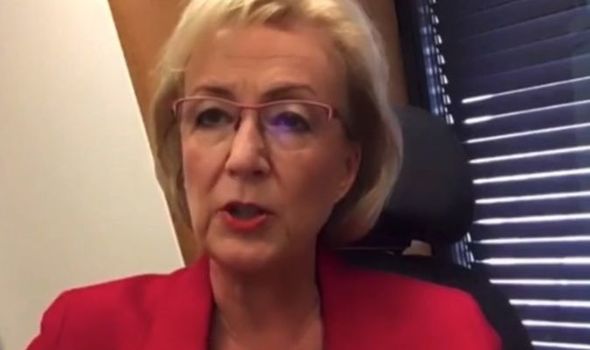 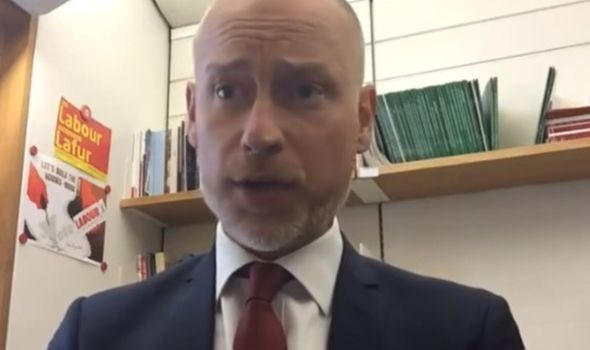 “You are one of the bigger Remainers in Parliament.”

She added: “The European Union were required under withdrawal agreement to sort out a trade deal during a transition period with the UK.

“What Michel Barnier has done is continue to insist that the UK continues to abide by the European Court of Justice and EU state rules.

“This is not normal for free trade agreements.”

Earlier on Wednesday, Michel Barnier was warned by Lord Falconer that he is powerless to stop the United Kingdom from breaking international law.

During an interview with Sky News’ Adam Boulton, Lord Falconer analysed the possible implications for Britain if the UK Goverment chooses to break international law over the agreement struck with the European Union on the Northern Ireland border.

The Labour peer stated that the EU would be powerless if the UK chooses not to honour the terms of the previous agreement but added that Michel Barnier would weary of entering into future agreements with Britain.

Lord Falconer said: “If a Government or a nation breaks international law can it be had up? 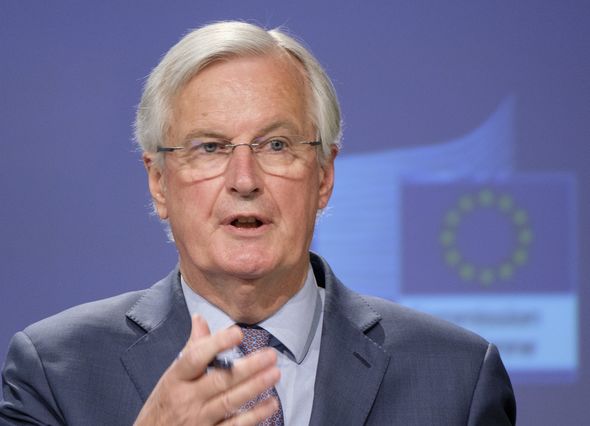 “We have agreed to what happens if we break it.

“You are presuming that this reckless law-breaking Government will just ignore all those provisions and assuming that as you’re applying they do ignore those provision, then there is absolutely nothing the EU can do except they will never trust us again.

“I would imagine that Michel Barnier might be saying quite gently today that it is quite difficult to expect us to enter into a new agreement when you’re saying you’re not complying with the old one.”