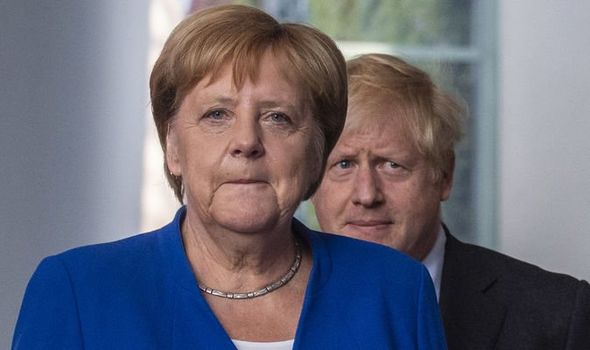 Mr Johnson had told her Britain will walk away unless an agreement is reached soon. “Progress in negotiations thus far has been slim, to put it diplomatically,” Mrs Merkel told the European Parliament. “We have agreed with the UK to accelerate the pace of the talks … I will continue to push for a good solution, but we should also prepare for a possibility of a no-deal scenario.” UK and EU negotiators held talks in London yesterday to try to thrash out an agreement by the end of summer.

Fishing rights and so-called level playing field rules that would bind Britain to Brussels’ rules in the future have caused clashes throughout the talks.

British official David Frost and Eurocrat Michel Barnier had a “constructive” dinner ahead of the discussions, Downing Street said.

Mr Barnier said the two sides will “continue negotiating in good faith” and their meetings had been “useful”.

Mr Johnson has been adamant that he will not allow the discussions to drag on into the autumn, insisting British businesses and citizens need certainty on the way forward before then. 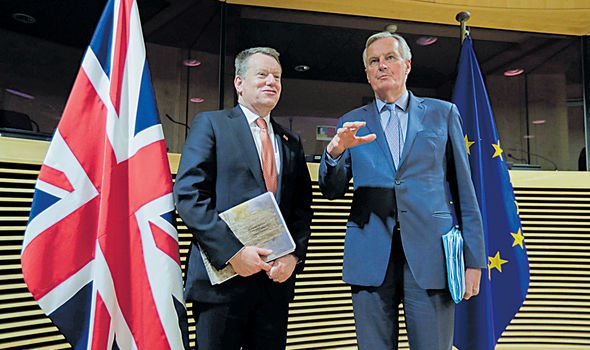 If the two sides are unable to reach a deal by the end of the current Brexit transition period at the end of the year, Britain will leave the single market and the customs union and do business on world trade terms.

It comes as Brussels was accused of “outrageous” bullying after ordering the UK to lift national restrictions aimed at stopping one of the world’s most harmful plant diseases entering the country from mainland Europe.

Failure to keep out the pest will have a devastating impact on the nation’s trees and shrubs, it was warned.

Britain is still bound by EU rules until the transition period ends in December.

The European Commission has forced the repeal of the UK’s strict import measures on certain high-risk host plants including olive, lavender and rosemary.

Peers said the move was “a mistake” and raised concerns about the spread of Xylella fastidiosa, which kills plants.

The bacteria has so far been kept out of the UK but there have been major outbreaks in Europe.

Tory peer Lord Framlingham said it was “quite outrageous for the EU Commission to bully us in this way given the gravity of the situation”.