Home » Politics » Are Michigan Democrats in Trouble in Their Senate Race?

In a race in which neither candidate seems to want voters to know whether they are the Republican or the Democrat, polls show a tighter contest than liberals had expected. 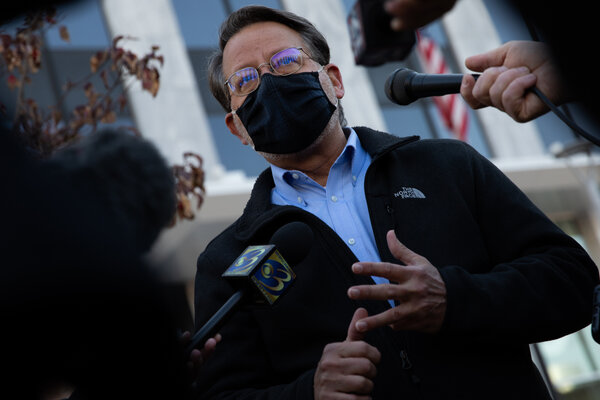 One candidate slapped on a helmet, a black leather jacket and rode his Harley Davidson across Michigan. His ads highlight his toughness on China and his support for banning Chinese travelers from entering the United States early in the coronavirus outbreak, a policy of President Trump’s.

The other candidate calls himself “nonpartisan.” He denounces the way politics have become “nastier and more divisive.” His wife recently appeared in a campaign ad to talk about their young son who has asthma as a way to demonstrate her husband’s commitment to protecting health insurance for people with pre-existing conditions.

Neither candidate running for U.S. Senate in Michigan seems to want voters to know whether they are the Republican or the Democrat.

For Senator Gary Peters, the motorcycle guy and one of only two Democrats running for re-election in a state that Mr. Trump won in 2016, the path to victory becomes much easier if he can persuade enough of Mr. Trump’s supporters to vote for him.

For John James, the self-described nonpartisan Republican, success will come from the opposite situation: If enough people voting for former Vice President Joseph R. Biden Jr. cross over to support a Republican for the Senate.

The race — one of a handful that could tip the balance in the Senate — is among the most contested and expensive in the country. Polls show a tighter race than Democrats had anticipated, and both sides are fighting for the few remaining independent, undecided voters. In an election in which the parties have focused on getting their base to turn out, Michigan stands out as a place where winning the middle could make the difference.

Polls have varied but show Mr. James with an outside chance of helping Republicans flip a Democratic seat. A New York Times/Siena College survey found Mr. Peters up by one point, while others put his lead in the mid-to-high single digits.

Money has been pouring in. The outside political group leading efforts for Democrats, Senate Majority PAC, put $4.4 million into Michigan last week, federal filings show — bringing its total spending in the race to over $18 million. The only state where it spent more last week was Georgia. Republicans countered by adding another $5.6 million to the $9 million they had already pledged to spend in the final weeks.

It’s all been a bit disorienting for some voters.

Charles Gaba, a health policy analyst and Democrat from the Detroit suburb of Bloomfield Township, said that his friends who weren’t as politically tuned in were not sure which candidate was the Republican and which was the Democrat. Compounding the issue, Mr. Gaba said, is the fact that Mr. James is Black, which probably makes some people assume that he is a Democrat. Mr. Peters, a middle-aged white man, fits the stereotypical image of a Republican.

“Some people are confused,” Mr. Gaba, 50, said, which could contribute to the tightness in the polls.