The plot to kidnap the governor of Michigan is only the latest in a growing list of election-related threats. Some experts say the president is emboldening extremists. 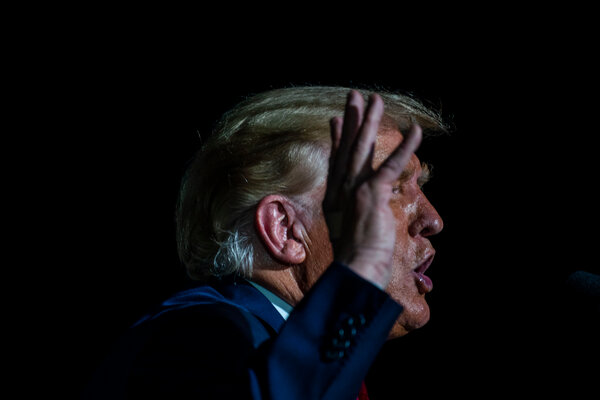 The arrest of more than a dozen right-wing extremists who are accused of targeting the governors of Michigan and Virginia is only the latest example of threats of violence, in some cases egged on by President Trump, that loom over the final weeks of a historically divisive race.

In rural Iowa, Laura Hubka, the Democratic chair of Howard County, recently took out a concealed-carry gun permit after signs for Democratic candidates in her region were vandalized with bullet holes and she was personally threatened, she said.

In central Wisconsin, Tom Stepanek’s wife sat him down last month at the kitchen table and warned him that the president might not accept a peaceful transfer of power if he lost in November. “Are you sure you want to be doing this?” she asked her husband, who is the chair of the Waushara County Democrats and had also been threatened. “You’re going to be a target here,” she told him.

In Pennsylvania, Elizabeth Burdick, a Trump supporter who owns a gun store with her husband in red-hued Mercer County, said, “Sales have been crazy.”

“People are afraid,” she said. “They’re afraid of what’s going to happen” after the election if Joseph R. Biden Jr., the Democratic nominee, wins.

With polls showing the president behind Mr. Biden nationally and in key states, Mr. Trump has descended into rants about perceived enemies, both inside and outside his administration, triggering in his staunchest supporters such fears for the outcome — possibly a “stolen” election, maybe a coup by the far left — that he is emboldening them to disrupt the voting process, according to national security experts and law enforcement officials. 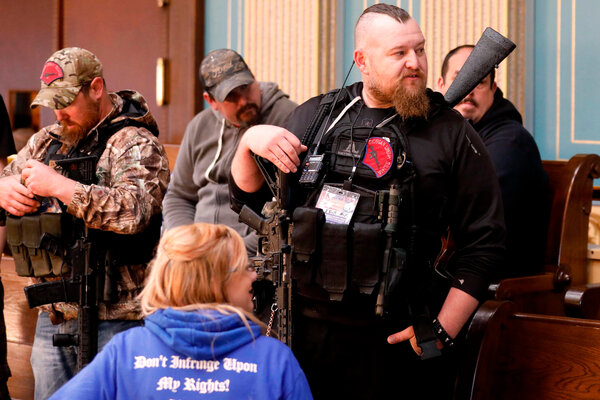 National security experts said that American elections were usually nonevents for law enforcement, and that transitions from one president to the next were typically a peaceful pageant of democracy.

“But not this year,” said Chuck Wexler, the executive director of the Police Executive Research Forum, who said that multiple police chiefs were extending patrol shifts in the weeks before Election Day. “This year is unlike any year.”

In a report released this month describing threats to the United States, analysts at the Department of Homeland Security warned of potential plots that mirror the schemes in Michigan and Virginia thwarted by the F.B.I.