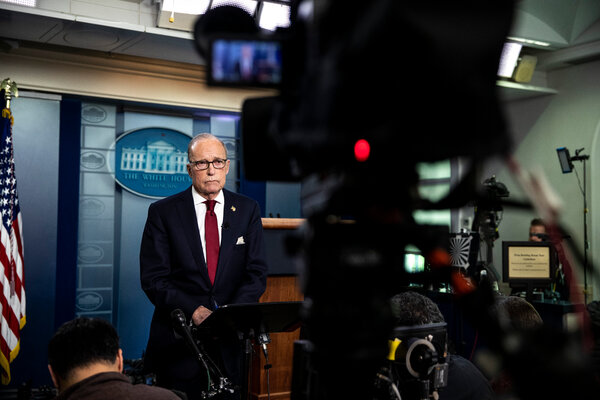 By Kate Kelly and Mark Mazzetti

On the afternoon of Feb. 24, President Trump declared on Twitter that the coronavirus was “very much under control” in the United States, one of numerous rosy statements that he and his advisers made at the time about the worsening epidemic. He even added an observation for investors: “Stock market starting to look very good to me!”

But hours earlier, senior members of the president’s economic team, privately addressing board members of the conservative Hoover Institution, were less confident. Tomas J. Philipson, a senior economic adviser to the president, told the group he could not yet estimate the effects of the virus on the American economy. To some in the group, the implication was that an outbreak could prove worse than Mr. Philipson and other Trump administration advisers were signaling in public at the time.

The next day, board members — many of them Republican donors — got another taste of government uncertainty from Larry Kudlow, the director of the National Economic Council. Hours after he had boasted on CNBC that the virus was contained in the United States and “it’s pretty close to airtight,” Mr. Kudlow delivered a more ambiguous private message. He asserted that the virus was “contained in the U.S., to date, but now we just don’t know,” according to a document describing the sessions obtained by The New York Times.

The document, written by a hedge fund consultant who attended the three-day gathering of Hoover’s board, was stark. “What struck me,” the consultant wrote, was that nearly every official he heard from raised the virus “as a point of concern, totally unprovoked.”

The consultant’s assessment quickly spread through parts of the investment world. U.S. stocks were already spiraling because of a warning from a federal public health official that the virus was likely to spread, but traders spotted the immediate significance: The president’s aides appeared to be giving wealthy party donors an early warning of a potentially impactful contagion at a time when Mr. Trump was publicly insisting that the threat was nonexistent.

Interviews with eight people who either received copies of the memo or were briefed on aspects of it as it spread among investors in New York and elsewhere provide a glimpse of how elite traders had access to information from the administration that helped them gain financial advantage during a chaotic three days when global markets were teetering.

The memo was occasionally breathless and inchoate. It appears to have overstated the gravity of some administration officials’ warnings to the group and included dire projections from the Centers for Disease Control and Prevention, without clear attribution, that do not appear to have come from the gathering. The Times is publishing only the passages from the memo whose accuracy it has independently confirmed.

But the memo’s overarching message — that a devastating virus outbreak in the United States was increasingly likely to occur, and that government officials were more aware of the threat than they were letting on publicly — proved accurate. 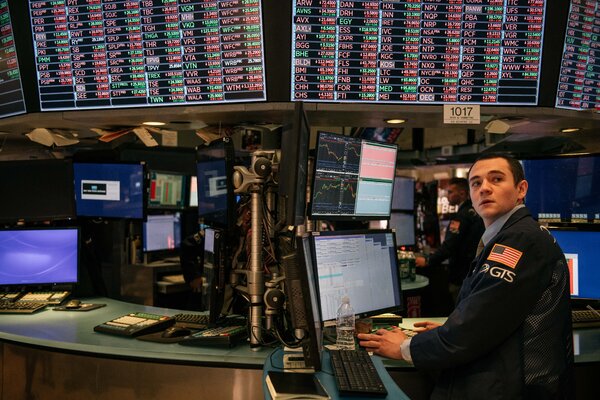 To many of the investors who received or heard about the memo, it was the first significant sign of skepticism among Trump administration officials about their ability to contain the virus. It also provided a hint of the fallout that was to come, said one major investor who was briefed on it: the upending of daily life for the entire country.

“Short everything,” was the reaction of the investor, using the Wall Street term for betting on the idea that the stock prices of companies would soon fall.