AstraZeneca has been forced to defend its coronavirus drug’s safety after 11 EU countries announced this week that they were halting the use of the vaccine. Seventeen millions doses of the Anglo-Swedish jab have been given out in the UK and EU, with 37 cases of blood clotting have been reported among those vaccinated. Dr Cox was interviewed on BBC Breakfast on Wednesday morning to discuss the AstraZeneca ban and warned Brussels’ move could have dire consequences.

He told the programme: “The damage to the confidence in the vaccine just seems a dreadful price to pay in order to signal some sort of yes we are looking at safety and we are airing on the side of caution.

“This isn’t airing on the side of caution.

“It’s throwing caution to the wind.”

The reports of clots have spooked EU countries into the move despite the bloc’s own medicines agency, EMA, has insisted the rate of blood clotting is below what would normally be expected among the general population.

JUST IN: Andrew Neil lashes out at EU over vaccine row – ‘When madness strikes’ 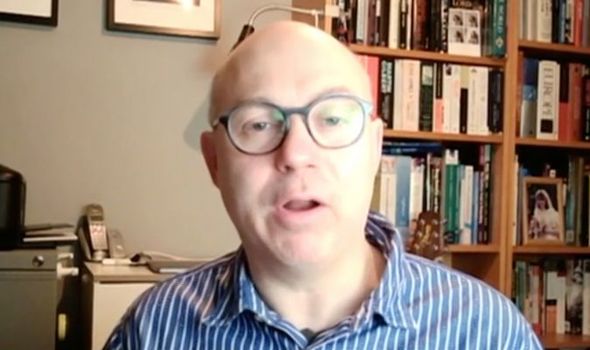 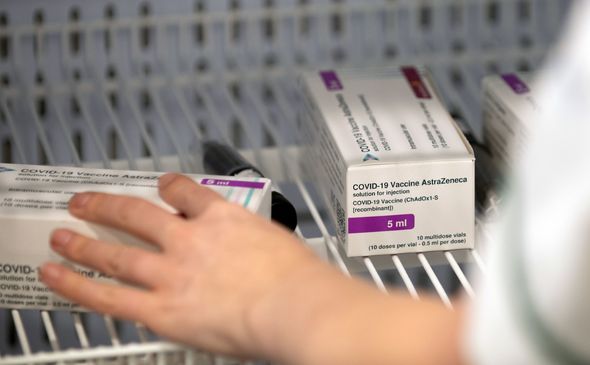 The EMA has repeatedly stated that the benefits of the vaccine “outweigh the risk of side-effects” while the organisation’s chief Emer Cooke has warned member states against making persistent attacks on the AstraZeneca jab.

She told a news conference on Tuesday: “At present there is no indication vaccination has caused these conditions. We’re still firmly convinced the benefits of the vaccine outweigh the risk of side-effects.

“We are worried that there may be an effect on the trust of the vaccines, but our job is to make sure the products that we authorised are safe and can be trusted by the European citizens.” 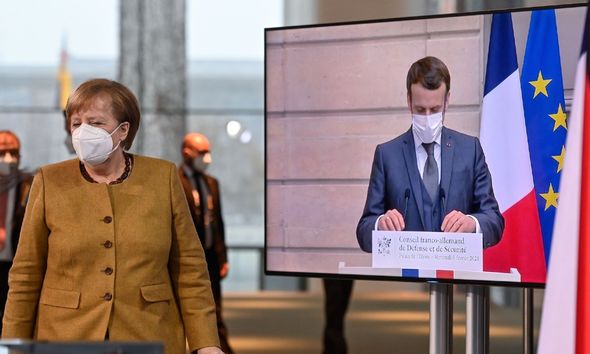 The decision has been slammed as a “political one” as experts warned the move puts lives at risk. 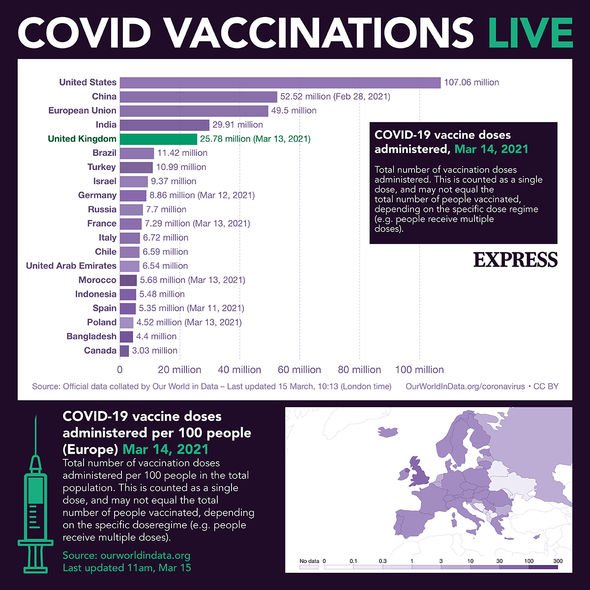 Meanwhile, the Italian MEP Paolo Borchia said: “The EU’s handling of the COVID-19 crisis involving the centralisation of the vaccine negotiations and drawing up the final contracts has been very damaging.

“The cherry on top is the unmitigated disaster that the attempted EU hampering of the AstraZeneca vaccine has been.

“I think that they’re exaggerating the AstraZeneca story – the biggest issue is that the EU is behind the UK and US in the vaccination campaign.

“Most of the rest is huffing and puffing as people want results and freedom, not podium statements in Brussels.”