Mr Barnier, the EU’s Brexit trade deal negotiator, conceded Britain’s Covid vaccine programme showed how individual states can act faster than the bloc in rolling out life-saving jabs. While he stopped short of praising Boris Johnson’s Government for the Covid vaccine rollout, he admitted the EU had “faults” with its jab programme.

Mr Barnier was asked in an interview whether Britain’s success in rolling out coronavirus jabs was an “extraordinary advert” for Brexit.

The former negotiator refused to engage in “one-upmanship”, and said it was “too early to draw conclusions” on Covid responses around the world.

But, Mr Barnier admitted: “It’s true that there were faults (on the EU side) at the start.

“Why? Because we wanted to decide for 27 and not alone.

“Perhaps there are issues regarding Europe where we should give back competencies to countries, to regions, to do ‘subsidiarity’, and in other areas consolidate competencies.” 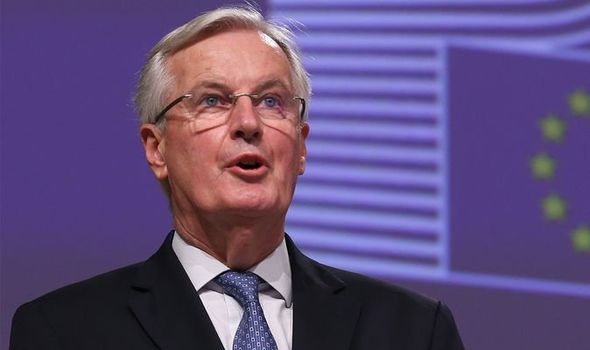 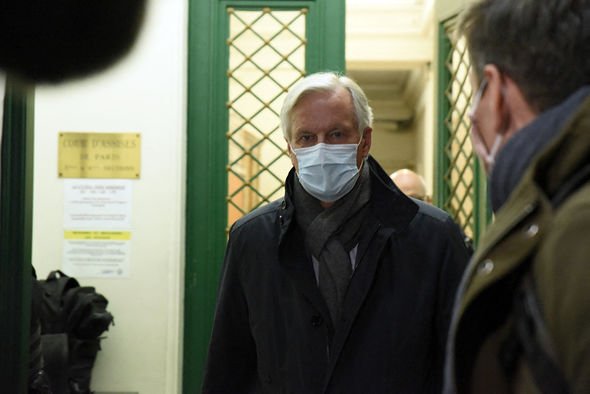 Speaking to news outlet France Inter, the former negotiator went on to say the EU should learn a lesson from the vaccine rollout, and said the bloc clearly has issues with “administrative problems”.

He told the outlet: “I recognise that there were administrative problems, bureaucracy.

“There was an almost ideological mistrust of public-private partnerships. 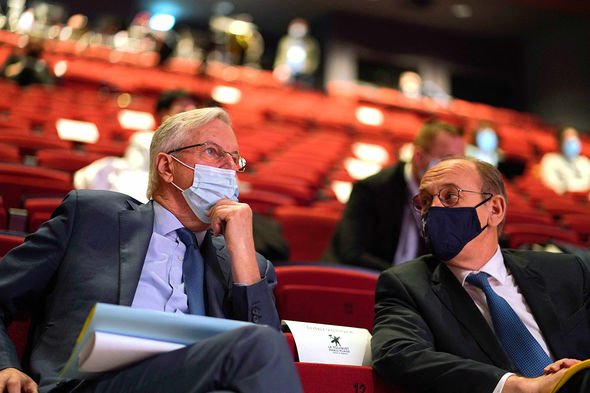 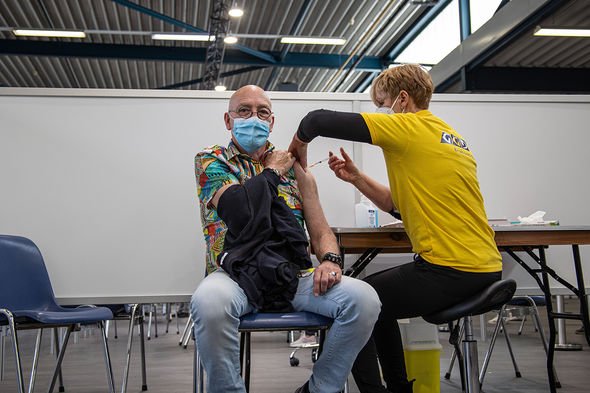 Under EU law, member states are permitted to grant temporary authorisation for a medicinal product in response to the spread of infectious diseases.

The bloc chose to negotiate Covid vaccines supplies as one.

In January, Ursula von der Leyen, European Commission President, said: “The only framework we are negotiating in is as 27.

“We do this together and no member state on this legal binding basis is allowed to negotiate in parallel or to have a contract in parallel.”

EU states are allowed to secure vaccine deliveries from companies the bloc as a whole does not have contracts with, which includes Russia’s Sputnik V and China’s jab.

In January, AstraZeneca informed the bloc they would be cutting their expected deliveries to EU states by 60 percent due to production issues, which sparked fury in Brussels.

But by April 30, around 141 million vaccine doses had been administered across the bloc.

The European Medicines Agency has approved the Pfizer, Johnson & Johnson, Moderna and AstraZeneca vaccines for use, with the EU securing millions of doses of the jabs.

Serbia and Hungary, which have two of the highest amount of vaccines administered per population size, bought Russian and Chinese jabs. 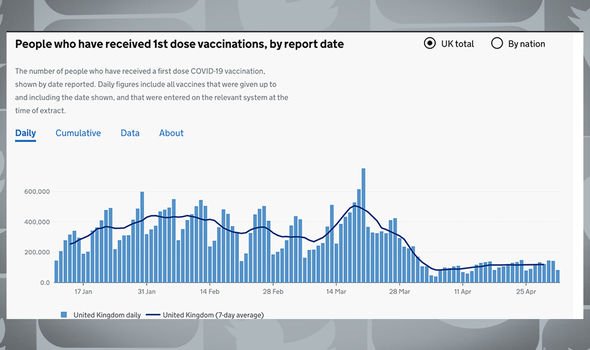 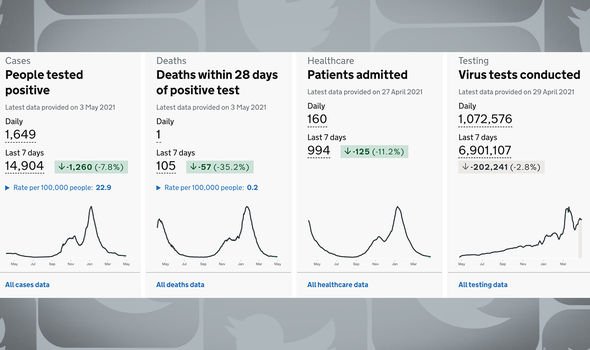 However, the UK still leads the bloc in terms of vaccines administered per population.

Yesterday also saw another 1,649 cases and 1 death within 28 days of a positive coronavirus test.