Laura Kuenssberg's show 'got off to a challenging start' says Brine

Mr Davie appeared in front of the Digital, Culture, Media, and Sport Committee meeting on Tuesday to discuss impartiality at BBC when he was challenged by Mr Brine. It comes after Mr Lycett mockingly praised the new Prime Minister Liz Truss during the debut episode of the BBC’s Sunday With Laura Kuenssberg.

Mr Brine told the Committee: “I would say that [Ms Kuenssberg’s]show got off to a challenging start in terms of major appeal outside of SW1, and on this whole issue of impartiality, by the Joe Lycett debacle,” Brine said.

“Now, whatever your opinion… for a brand new show which really wants to get off to a good start, when you’re booking a pundit to go on, Joe Lycett is not an uncontroversial figure.

“You talk about the conversations that go on after output, how about a conversation that goes on before output? Where somebody says, ‘You know what, new show, new start, new term. Let’s not book Joe, because we know what Joe is going to deliver.’”

Read more: Truss believes she is the heir Margaret Thatcher now she must prove it 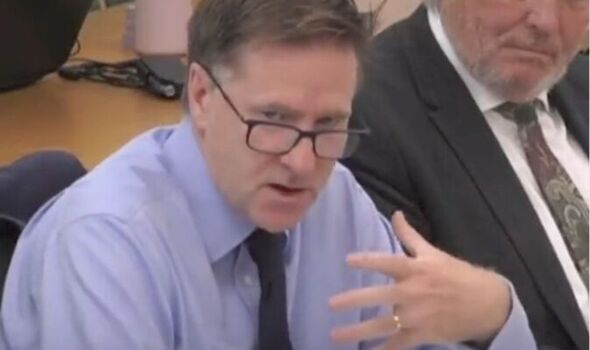 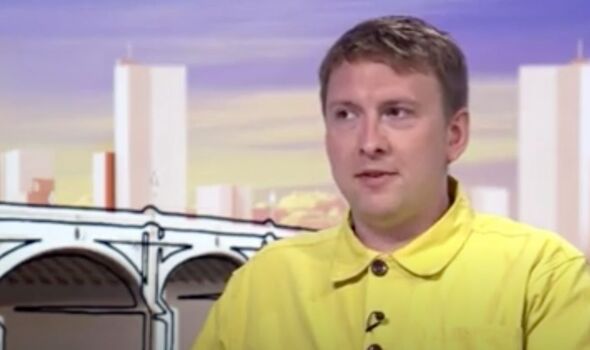 He continued: “Somebody who’s ungenerous to the BBC could say you knew exactly what Joe was going to deliver and that’s why you booked him.”

Mr Davie has said Laura Kuenssberg conducted herself in an “exemplary fashion” during her new politics show.

The first episode of the BBC’s Sunday With Laura Kuenssberg made headlines after the stand-up jokingly claimed during the programme he was “very right-wing” and that he felt “reassured” following Truss’ live interview in the studio.

Mr Davie said he did not think having Mr Lycett booked for the show displayed “BBC bias in the slightest” as he felt “the audience saw it for what it was”.

Lizz Truss appointed as Prime Minister by the Queen

He said: “We can debate exactly what you debated about whether it was the right booking, but what I will say is Laura conducted herself, as the BBC host, I thought in an exemplary fashion in a slightly difficult situation. We move on.”

Mr Davie added: “I don’t think it displays BBC bias in the slightest. The audience saw it for what it was”, later describing it as “bemusing”.

Birmingham-born Lycett has become known for performing a number of public stunts in recent years to raise awareness of issues such as single-use plastic.

The comedian also fronts Channel 4’s consumer rights show, Joe Lycett’s Got Your Back, where he takes on large corporations on behalf of the consumer.

Don’t miss:
POLL: Should Liz Truss call a general election right away? [POLL]
For the sake of Britain we now have to get behind Liz Truss [COMMENT]
‘Smashed it babe!’ Leftie comedian weighs in after Liz Truss landslide [INSIGHT] 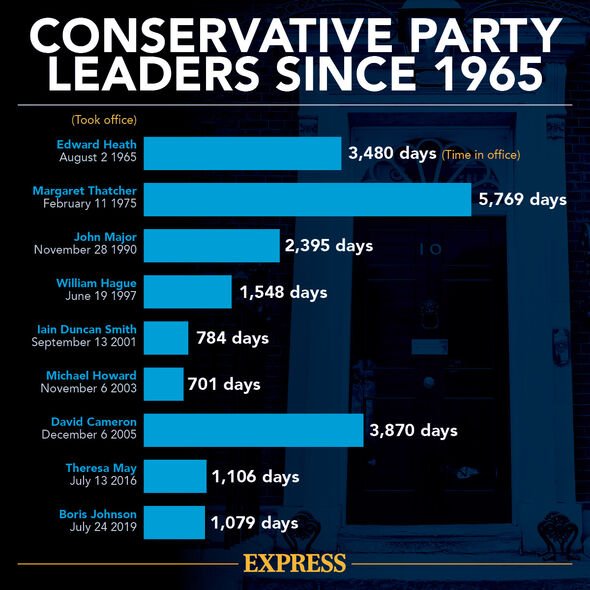 Reflecting on the impartiality of the BBC’s content as a whole, Mr Davie said: “We do have hundreds of thousands of hours of output… and overall, I think we are delivering well, I do think that and it’s important that we’re proportional about this.”

A committee member spoke about how sports pundit Gary Lineker, one of the BBC’s highest earners, has on occasion voiced his opinion on political matters on social media.

Mr Davie said he has had discussions with Mr Lineker over the years about him following BBC impartiality guidelines and feels he has made a “massive improvement to where he was a few years ago”.

“I’m very supportive of Gary, I think he’s a brilliant presenter, and I think it is work in progress in terms of where he draws the line, but we’ve had a good conversation, I think he understands the guidelines,” Mr Davie said.