It comes after Scottish Education Secretary Shirley-Anne Somerville announced pupils will have the right to directly appeal grades given out by teachers this year. But opposition MSPs claimed Scots could experience another 2021 exam results crisis after it emerged students’ grades could be lowered if they appeal teacher awards.

More than 124,000 results were downgraded during a botched SQA moderation process in August 2020.

They were introduced after COVID-19 forced the scrapping of exams.

As a result, teacher estimates were reinstated on Highers, Advanced Highers and National 5s. 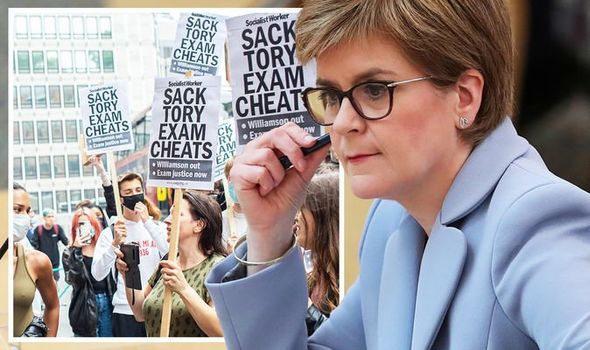 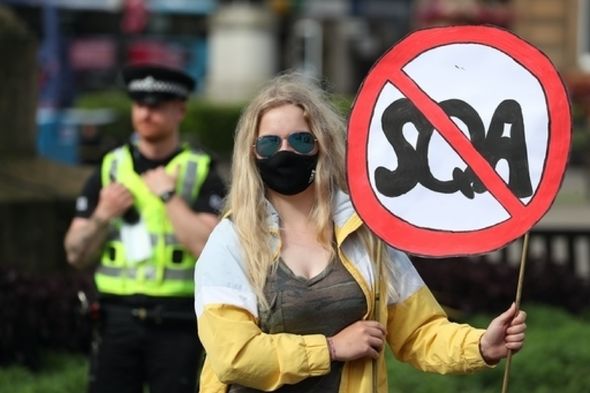 Ms Somerville announced this year that due to the COVID-19 pandemic, official exams were cancelled for a second straight year, and replaced with a system of teacher grading.

Unhappy pupils will be given the chance to appeal to the Scottish Qualifications Authority (SQA) directly, breaking with the usual process of schools submitting appeals on their behalf.

However, Ms Somerville acknowledged that SQA assessment papers and marking scripts have been accessed by thousands of pupils online prompting fears that some students may cheat on assessments.

Oliver Mundell MSP, Scottish Conservative education spokesman said the findings were “alarming” adding it showed the total failure of SNP Ministers to address pupils’ concerns before they sat exams in “all but name”. 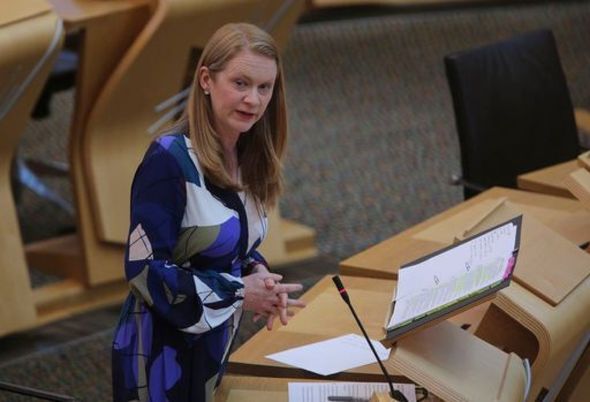 Speaking in Holyrood, Mr Mundell added: “Last year’s exam chaos was unacceptable but the failure to learn the lessons is unforgivable.

“For us to be in a worse position a year on is a betrayal of our young people. 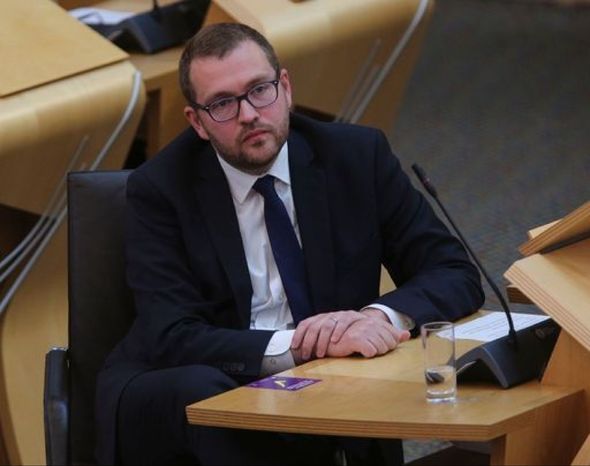 He added: “Many young people have already completed the assessments, and the statement today confirms that those are high-stake examinations.

“Exam papers have been shared and exams have been retaken to improve grades and, through all that, teachers are struggling on to do the best for their pupils.”

Speaking in Holyrood, the new Scottish Education Secretary said pupils could appeal based on disagreement with the grade given, allegations of administrative error or on the grounds that the Equality Act was breached.

In an effort to speed up the process, pupils will be able to register their desire for an appeal from the end of this month, when they are provided with their provisional grades, while priority will be given to those whose qualifications are needed to confirm university or college places. 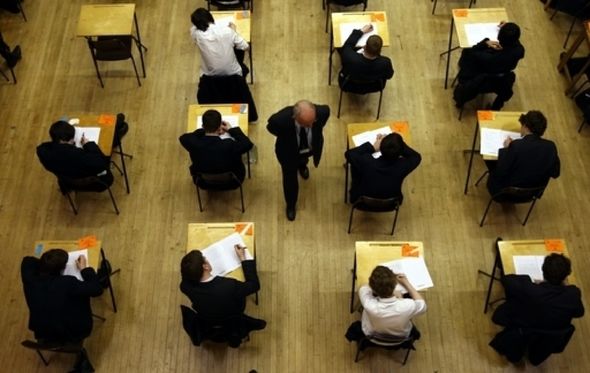 The SQA, Scotland’s exam body, had missed six deadlines to explain how pupils could appeal grades on results day.

Ms Somerville announced a planned date for the release of part of a controversial report into Scotland’s education system.

Mr Swinney, who was sacked as Education Secretary last month, announced last year that the Organisation for Economic Cooperation and Development (OECD) would be called in to assess the country’s education system.

What started as a study of the controversial Curriculum for Excellence (CfE) eventually saw the entirety of Scotland’s exam system put under the spotlight.

The initial report into CfE, Ms Somerville said, would be published on June 21, while the study of exams would come in the early autumn.