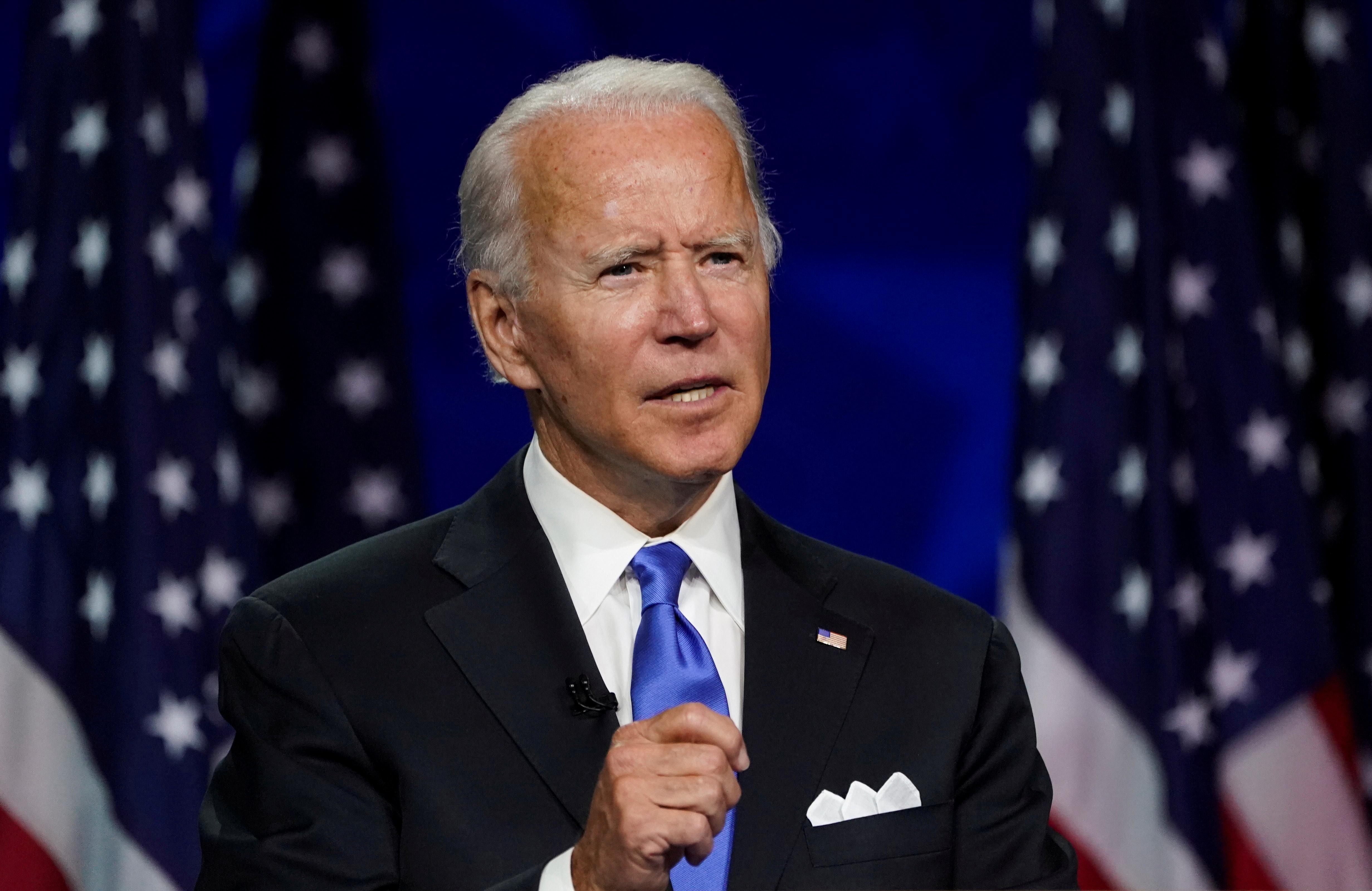 (Reuters) – Democratic presidential nominee Joe Biden spoke on Wednesday with the family of the Black man shot by police in Wisconsin, and emerged from the conversation calling for justice and condemning violent protest in Jacob Blake’s name.

Kenosha, Wisconsin, has been rocked by civil unrest and violence since Sunday, when police shot Blake, 29, in the back at close range in an incident captured on video. Blake is paralyzed and is being treated for his injuries.

“I spoke to Jacob’s mom and dad and sister and other members of the family just a little bit earlier, and I told them justice must and will be done,” Biden said in a video posted to his campaign’s social media accounts.

He said he agreed with Blake’s mother, Julia Jackson, who said violence in the streets does not reflect her son or family.

“Protesting brutality is a right and absolutely necessary but burning down communities is not protest,” Biden said. “It’s needless violence. Violence that endangers life. Violence that guts businesses and shutters businesses that serve the community. That’s wrong.”

A 17-year-old identified as Kyle Rittenhouse was arrested and charged with homicide on Wednesday in connection with gunfire that killed two people and wounded a third during a third night of protests on Tuesday.

Republican President Donald Trump on Wednesday said had spoken with Democratic Wisconsin Governor Tony Evers, who he said agreed to accept U.S. law enforcement support to deal with the unrest. The president has not publicly discussed Blake’s shooting.

Biden’s running mate, Senator Kamala Harris of California, said on Wednesday that she took part in the conversation with Blake’s family.

“There are still two systems of justice in America,” she said at a campaign event.