As millions of Americans lack enough to eat, the administration is rapidly increasing aid — with an eye toward a permanent safety net expansion. 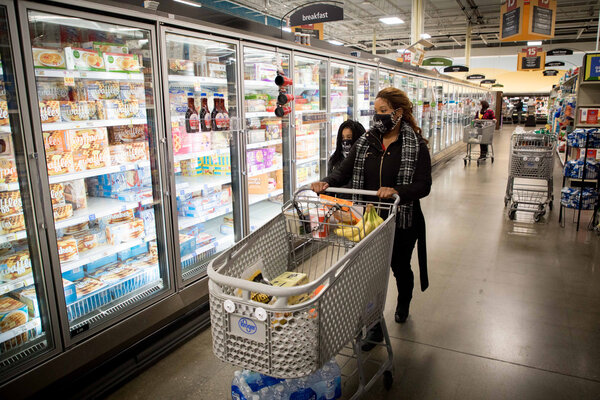 WASHINGTON — With more than one in 10 households reporting that they lack enough to eat, the Biden administration is accelerating a vast campaign of hunger relief that will temporarily increase assistance by tens of billions of dollars and set the stage for what officials envision as lasting expansions of aid.

The effort to rush more food assistance to more people is notable both for the scale of its ambition and the variety of its legislative and administrative actions. The campaign has increased food stamps by more than $1 billion a month, provided needy children a dollar a day for snacks, expanded a produce allowance for pregnant women and children, and authorized the largest children’s summer feeding program in history.

“We haven’t seen an expansion of food assistance of this magnitude since the founding of the modern food stamp program in 1977,” said James P. Ziliak, an economist at the University of Kentucky who studies nutrition programs. “It’s a profound change.”

While dollars and decisions are flowing from the Agriculture Department, the tone has been set by President Biden, who issued an executive order in January telling aides to “address the growing hunger crisis” and later lamented the car lines “half a mile each, just to get a box of food.”

The push reflects an extraordinary shift in the politics of poverty — driven, paradoxically, both by the spread of hardship to more working-class and white families and the growing recognition of poverty’s disproportionate toll on minorities. With hunger especially pronounced among Black and Latino households, vital to the Democrats’ coalition, the administration is framing its efforts not just as a response to pandemic needs but as part of a campaign for racial justice.

“This crisis has revealed how fragile many Americans’ economic lives are and also the inequities of who is struggling the most,” said Stacy Dean, who is leading the effort as a senior official at the Agriculture Department after a prominent career as an anti-hunger advocate. “It’s an incredibly painful picture, and it is even more so for communities of color.”

Like other policies being pursued by the White House — including a temporary child allowance that is expected to cut child poverty nearly in half — the effort to reduce hunger reflects a new willingness among Democrats to embrace an identity as poverty fighters that they once feared would alienate the middle class.

To understand what the new policies mean at the kitchen table, consider the experience of Dakota Kirby, 29, a single mother in Indianapolis who lost her job as a caregiver for an elderly woman at the start of the pandemic. Having recently started the job, Ms. Kirby assumed she could not get unemployment benefits and did not apply.

That left her relying on nutritional aid and a trickle of child support to feed a 6-year-old daughter and a year-old son. 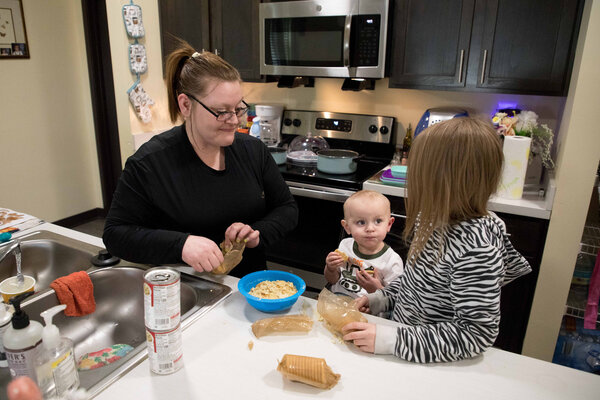 “It got a little rough there,” said Ms. Kirby, adding that she hesitates to complain since “there’s families that have it way worse.”

Even when she budgeted carefully, her $509 a month in food stamps ran out within three weeks. She trimmed her portions and skipped meals, so the children could eat. She got help from a food bank until her children rebelled at butter beans and tuna. She pawned her television set, but still came up short at the checkout line.