WILMINGTON, Del. (AP) — President-elect Joe Biden has introduced his one-time Democratic primary rival Pete Buttigieg as his nominee for transportation secretary, saying the 38-year-old can be “a new voice” in the fight against economic inequality, institutional racism and climate change.

Buttigieg, the former mayor of South Bend, Indiana, would be the first openly gay person confirmed by the Senate to a Cabinet position. Biden hailed that milestone Wednesday while saying that by the time he’s done filling out his new administration’s top jobs, it will have more women and people of color than ever, including “a Cabinet that is opening doors and breaking down barriers, and accessing the full brains and talent we have so much of.”

“We need someone who knows how to work with state, local and federal agencies,” Biden said, noting that highways are in disrepair and that some bridges “are on the verge of collapse.”

Beyond standard transportation fixes, which are easier to promise than for administrations to get through Congress, Biden wants to rejuvenate the post-coronavirus pandemic economy and create thousands of green jobs by making environmentally friendly retrofits and public works improvements.

The president-elect noted that much of the nation, including his home state of Delaware, faces the risk of rising sea levels. A more immediate challenge, though, will be enforcing Biden’s promised mask-wearing mandate for airplanes and public transportation systems to slow the spread of the coronavirus.

“At its best, transportation makes the American dream possible, getting people and goods to where they need to be, directly and indirectly creating good-paying jobs,” Buttigieg said. “At its worst, misguided policies and missed opportunities can reinforce racial, economic and environmental injustice, dividing or isolating neighborhoods, undermining government’s basic role to empower everyone to thrive.” 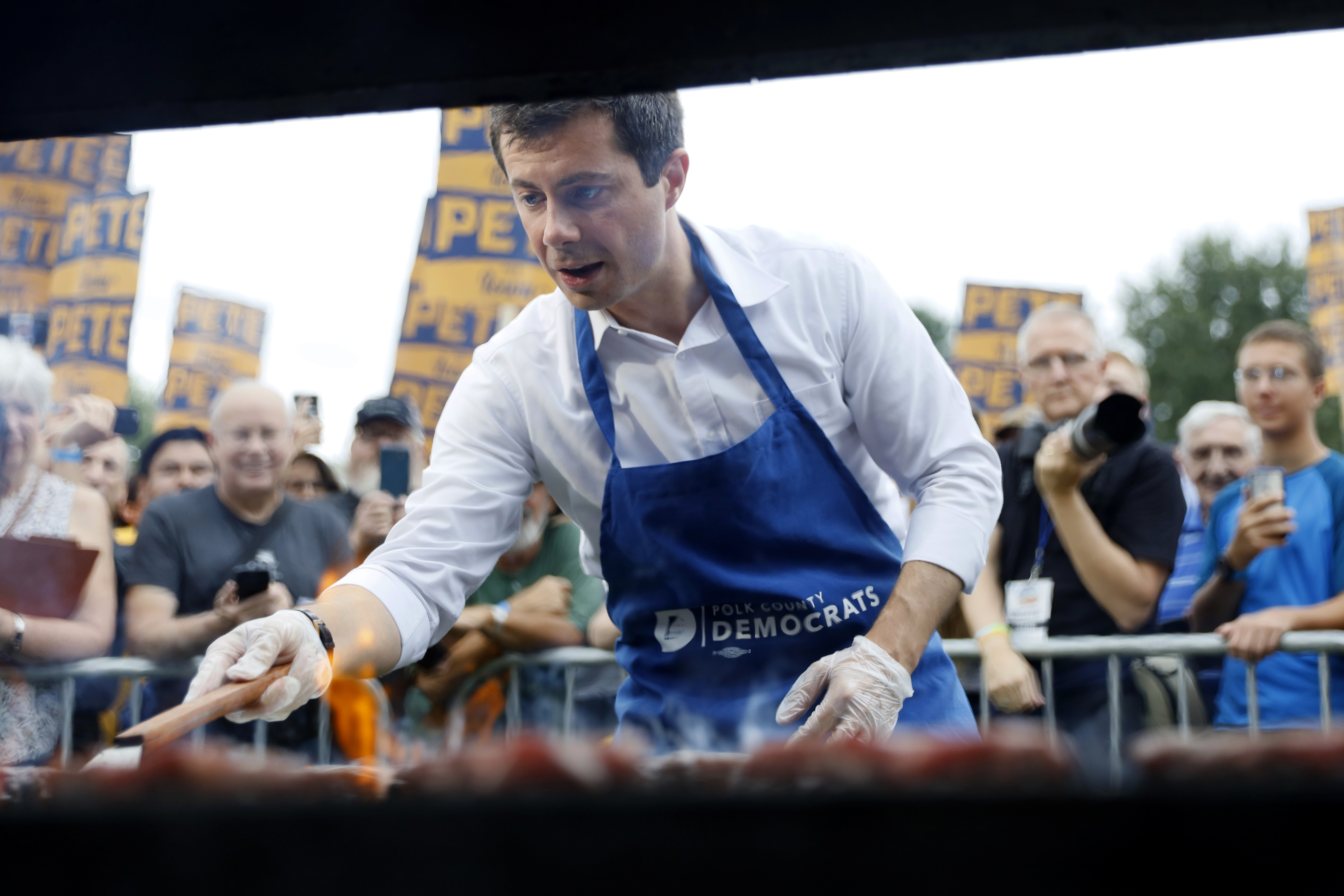 Buttigieg mentioned his affinity for trains while acknowledging that he would be only the “second-biggest” Amtrak enthusiast in the administration, given that Biden rode the rails for years between Washington and Wilmington, Delaware, while serving in the Senate.

Buttigieg also mentioned that he proposed to his husband, Chasten, at Chicago O’Hare International Airport.

Buttigieg was the only Cabinet choice, after Biden’s defense secretary nominee, retired Army Gen. Lloyd Austin, to appear at a solo announcement ceremony rather than be introduced with other picks. Vice President-elect Kamala Harris joined via videoconference from Washington because of a snowstorm.

Others weren’t as thrilled.

“I don’t know him at all,” Maine Sen. Susan Collins, a pivotal Republican in the closely divided Senate, told reporters in Washington. She instead brought up Rahm Emanuel, a former Chicago mayor and chief of staff to President Barack Obama. Emanuel was mentioned as a potential candidate for several Biden Cabinet posts but drew strong backlash from progressives.

“I think Rahm Emanuel would have been a strong choice,” Collins said.

As Biden, Harris and Buttigieg talked about how they got to know one another during the contested Democratic primary, it was easy to imagine the 2024 campaign beginning to take shape as the Cabinet introduction unfolded. Biden, 78, has said he sees himself as a bridge to a new generation of leaders such as Buttigieg.

If Biden opts not to run again in 2024, Harris would be his political heir apparent. But that may not stop Buttigieg and other rising Democrats from launching primary challenges.

During the primary, Buttigieg was initially written off as the leader of a small town competing against far more established figures. But he zeroed in on a message of generational change to finish the first-in-the-nation Iowa caucuses in a virtual tie with Vermont Sen. Bernie Sanders.

In the primary, Biden took a shining to Buttigieg

Buttigieg’s campaign stumbled, however, in appealing to Black voters who play a critical role in Democratic politics. As the primary moved into more diverse states such as South Carolina, Buttigieg faltered and quickly withdrew from the race. His relatively early backing of Biden ushered in a remarkably swift unification of the party around its ultimate nominee.

In the primary, Biden took a shining to Buttigieg, who he said reminded him of his late son, Beau Biden, a former Delaware attorney general who had urged his father to make a third run for the White House. Beau Biden died in 2015.

“Its impact will reverberate well-beyond the department he will lead,” added Annise Parker, president and CEO of the LGBTQ Victory Institute.

But the South Bend chapter of Black Lives Matter denounced the nomination. The group had made its displeasure with Buttigieg known during his presidential campaign, following the 2019 South Bend shooting of a Black man by a white police officer.

“We saw Black communities have their houses torn down by his administration,” BLM’s South Bend leader Jorden Giger said in a statement, referring to Buttigieg’s effort to tear down substandard housing. “We saw the machinery of his police turned against Black people.”