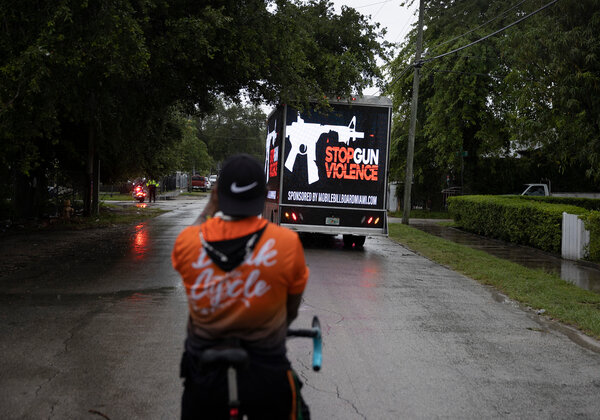 President Biden is expected on Wednesday to announce new efforts to tackle gun violence, providing money to fund police departments and propelling the White House into the politically contentious debate over how to address a rise in violent crime in many U.S. cities.

The president will also direct the Bureau of Alcohol, Tobacco, Firearms and Explosives to revoke the licenses of gun dealers “the first time that they violate federal law” by failing to run background checks.

Mr. Biden’s speech at the White House, scheduled for 3:30 p.m., comes amid a national reckoning over racism and policing. City leaders are grappling with dueling calls to both improve oversight of their police departments and address soaring homicide rates that administration officials fear will continue through the summer.The president, who ascended to the presidency in part by vowing to prioritize the concerns of Black voters, now must address Republicans who accuse him of being soft on crime, as well as the progressive wing of his own party that is pushing reform.

Mr. Biden does not feel that reforming the police and tackling crime are conflicting goals, the White House press secretary, Jen Psaki, said on Tuesday. “We believe that a central driver of violence is gun violence,” she said, adding that the president “also believes that we need to ensure that state and local governments keep cops on the beat.”

On Wednesday, the administration announced that state and local governments could use their designated $350 billion of coronavirus relief funds to hire police officers to pre-pandemic levels, pay overtime for community policing work, support community-based anti-violence groups and invest in technology to “effectively respond to the rise in gun violence resulting from the pandemic,” according to a statement from the Treasury Department.