(Reuters) – Two former presidential rivals endorsed Joe Biden on Friday in the latest sign that the Democratic establishment is coalescing around the former vice president to stop the candidacy of Bernie Sanders, who ratcheted up attacks on his rival ahead of crucial contests next week. 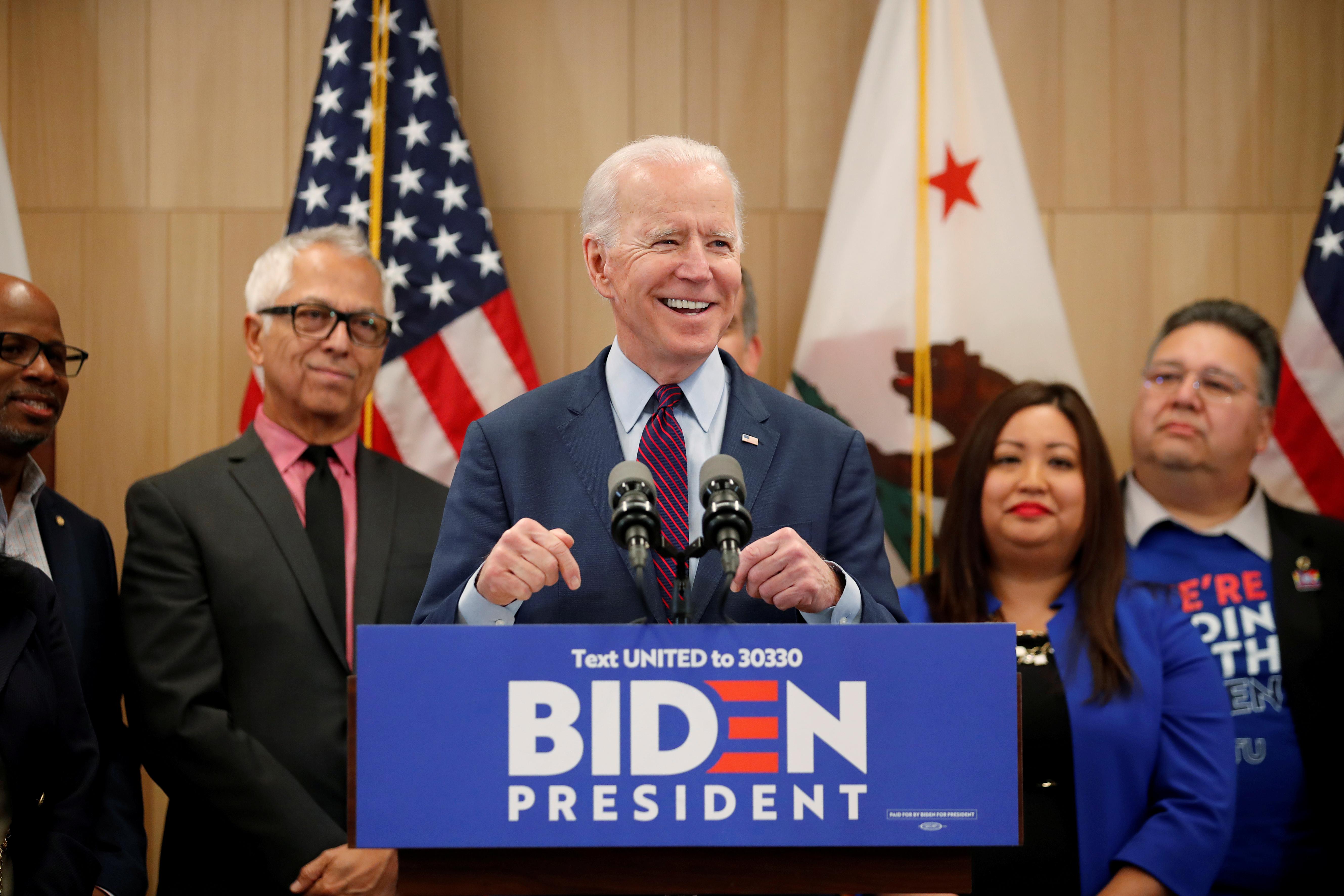 Former Massachusetts Governor Deval Patrick and John Delaney, a former Maryland congressman – both onetime 2020 candidates – backed Biden, as did a slew of other Democratic officials in states soon to hold primary elections.

Sanders, who is desperate to regain some momentum after Biden’s strong Super Tuesday showing this week, launched a full-throated attack on his rival, assailing Biden over his record on trade, abortion, gay rights and Social Security.

The pair contest six Democratic nominating contests on Tuesday, including the big prize of Michigan, with 125 of the 1,991 delegates needed to win the nomination at stake.

Sanders, a U.S. senator from Vermont who until recently the front-runner in the party’s race to face Republican President Donald Trump in November, now trails in delegates. A big win for Biden in Michigan would deliver another major blow to Sanders’ hopes of becoming the nominee.

Ahead of Michigan’s primary, the state’s lieutenant governor, Garlin Gilchrist II, backed Biden, as did part of the state’s United Food and Commercial Workers Union, and former U.S. Senator Carl Levin of Michigan.

At a news conference in Phoenix on Friday, Sanders dug deep into Biden’s 40-year record. He criticized Biden for having opposed the rights of gay people to serve in the U.S. military and for voting against federal funding for abortions, stances the former vice president has since rejected.

“I was there on the right side of history, and my friend Joe Biden was not,” Sanders said.

Sanders lambasted Biden for supporting trade deals he said had been “a disaster for Michigan” and accused Biden of trying in the past to cut Social Security, the government-run pension and disability program.

Biden, who denies ever advocating cuts to Social Security, snapped back in a tweet on Friday: “Get real, Bernie. The only person who’s going to cut Social Security if he’s elected is Donald Trump. Maybe you should spend your time attacking him.”

Sanders, 78, said he would support Biden, 77, if he becomes the Democratic nominee but insisted that only he, not Biden, could “energize the American people” enough to beat Trump.

Warren’s exit meant that what had been hailed as the most diverse field of candidates in U.S. history narrowed to a race for the nomination between two white, septuagenarian men. Tulsi Gabbard, a congresswoman from Hawaii with virtually no chance of winning, is the only other remaining Democratic candidate.

On Friday, the Democratic National Committee, which oversees the party’s presidential debates, released new qualifying thresholds for the next debate in Arizona on Mar. 15. Candidates will need at least 20% of delegates awarded so far, essentially excluding Gabbard, who has won less than 1 percent. 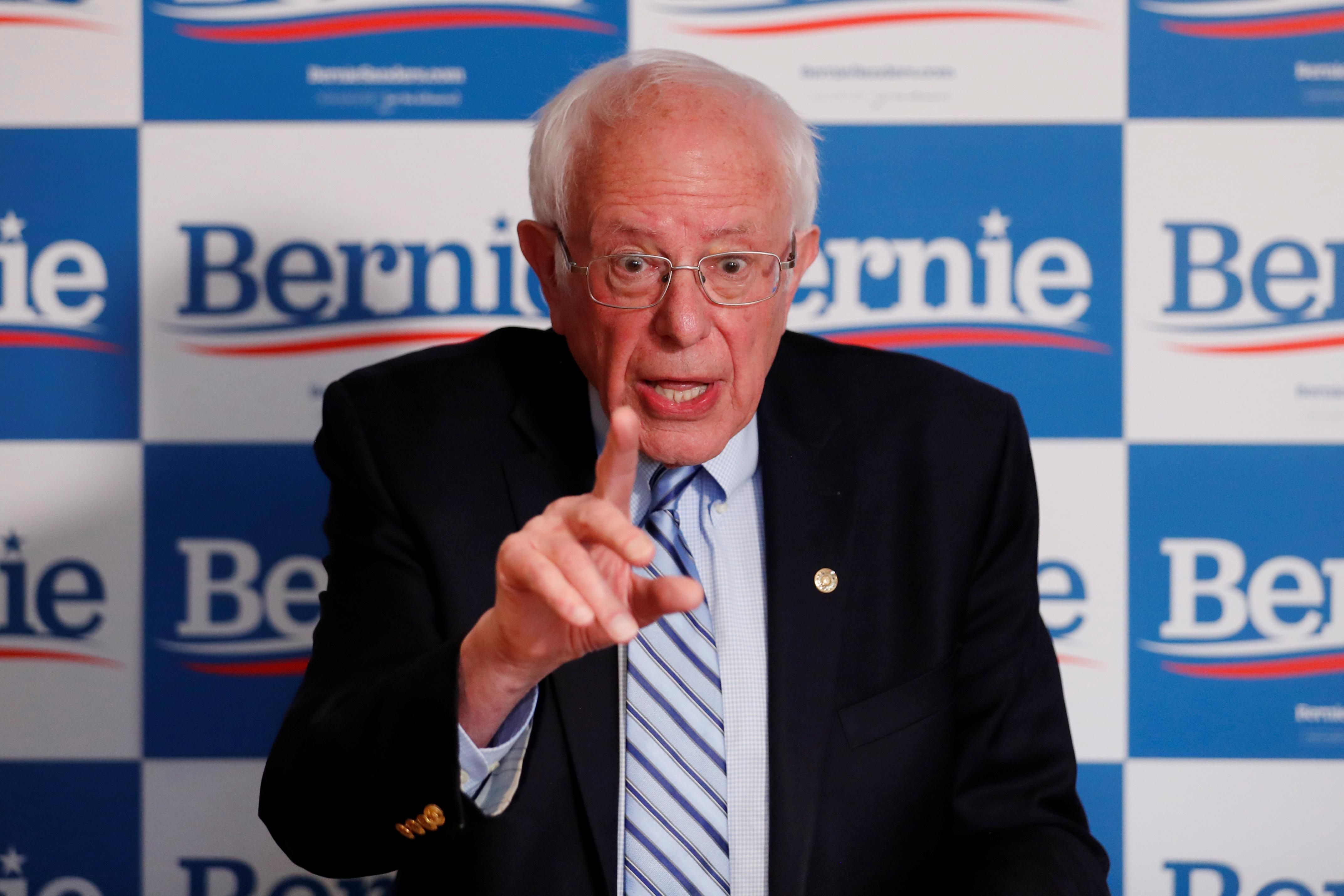 Biden also received endorsements on Friday in other states with upcoming primary contests, including from Seattle Mayor Jenny Durkan in Washington state, and Ruben Gallego, an Arizona congressman.

Chicago Mayor Lori Lightfoot and Senator Dick Durbin of Illinois are expected to soon announce endorsements of Biden, according to a source familiar with the matter. Illinois and Arizona vote on March 17, along with Florida and Ohio.