In an interview on ESPN, President Biden discussed the restrictions passed by the state’s Republicans last week and encouraged baseball fans to abide by social-distancing protocols. 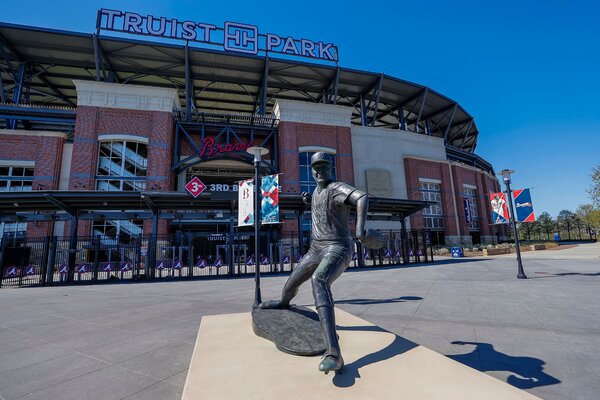 WASHINGTON — President Biden said on Wednesday that he would “strongly support” Major League Baseball moving its All-Star Game from Atlanta after the executive director of the players’ union said he was open to discussing such a move after Georgia Republicans passed a law last week to restrict voting access in the state.

“The very people who are victimized the most are the people who are the leaders in these various sports,” Mr. Biden said in an interview on ESPN’s “SportsCenter” the night before Opening Day. “And it’s just not right.”

His comments came on the same day that major companies like Delta Air Lines, Georgia’s largest employer, sharply criticized the legislation in the face of mounting pressure from activists, customers and Black executives. The law introduced stricter voter identification requirements for absentee balloting and limited drop boxes in predominantly Black neighborhoods, and it expanded the legislature’s power over elections.