The billionaire former New York City mayor has concentrated largely on Florida in the general election. But his private polling found President Trump vulnerable in two of the country’s biggest red states. 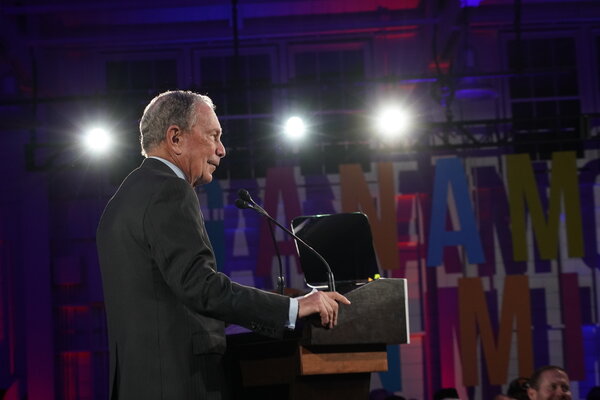 Michael R. Bloomberg is funding a last-minute spending blitz to bolster former Vice President Joseph R. Biden Jr. in Texas and Ohio, directing millions toward television advertising in two red states that have shifted away from President Trump in the general election.

A political adviser to Mr. Bloomberg said the billionaire former mayor of New York City would use his super PAC, Independence USA, to air intensive ad campaigns in all television markets in both states. The cost of the two-state campaign is expected to total around $15 million.

The decision by Mr. Bloomberg reflects just how much the electoral landscape appears to have shifted in the final few months of the presidential race, as Mr. Trump’s mismanagement of the coronavirus pandemic has intensified his unpopularity and further alienated crucial voting groups like women and suburbanites.

Mr. Biden’s campaign has treated Ohio as a competitive battleground for some time, even though Mr. Trump carried it by a wide margin in 2016, and more recently, the Democratic ticket has been putting some time and money into Texas. Senator Kamala Harris of California, Mr. Biden’s running mate, is planning to visit the state on Friday.

Howard Wolfson, one of Mr. Bloomberg’s closest aides, said the former mayor had recently asked his team to run a round of polls to see whether Mr. Trump had unexpected vulnerabilities that could be exploited in the campaign’s closing weeks. Up to this point, Mr. Bloomberg’s general-election activities have focused on Florida, where he has pledged to spend $100 million supporting Mr. Biden.