EU sources confirmed the political leaders will speak over the phone if negotiators are unable to break the deadlock in London. Insiders have claimed it will be a “genuine challenge” to make progress after French interference left the wrangling over the trade talks on the brink. The Prime Minister will be working from country retreat Chequers this weekend.

One Brussels insider said the call will take place “if it stays like this”, in reference to the current impasse in the talks.

Chief negotiators Lord Frost and Michel Barnier are set to announce their decision to bring in the leaders later tonight. 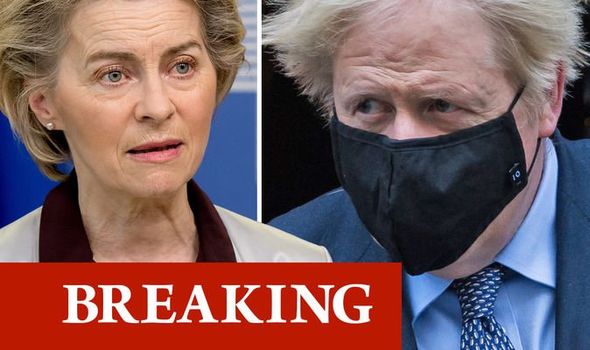