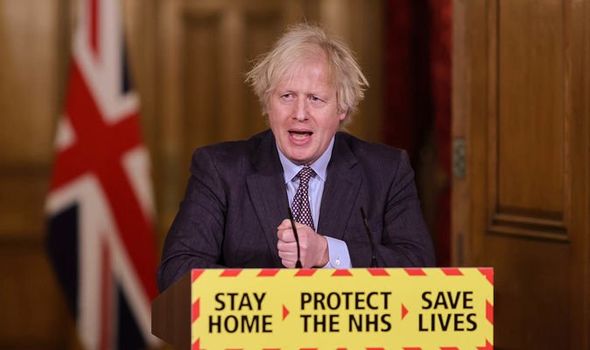 “We are now travelling on a one-way road to freedom. And we can begin safely to restart our lives and do it with confidence,” he said. With an upbeat quip, he added: “The crocus of hope is poking through the frost.”

Under his plan, the phased ending of lockdown in England will begin on March 8 with all schools reopening and people allowed to socialise with one other person from outside their household.

It will be followed by a gradual opening up of the economy over the next four months to most restrictions being scrapped just before midsummer.

At least five weeks will separate each stage to ensure four key tests covering the speed and effectiveness of the vaccination programme, the pressure on the NHS and the emergence of news mutant coronavirus strains.

The Prime Minister said his Government will do “whatever it takes to protect jobs and livelihoods across the UK” with further financial help on top of the £280billion already committed expected in Rishi Sunak’s budget next week.

“It is thanks to the vaccinations that there is light ahead leading us to a spring and summer which I think will be seasons of hope, looking and feeling incomparably better for us all and from which we will not go back,” the Prime Minister said at a Downing Street news conference last night. 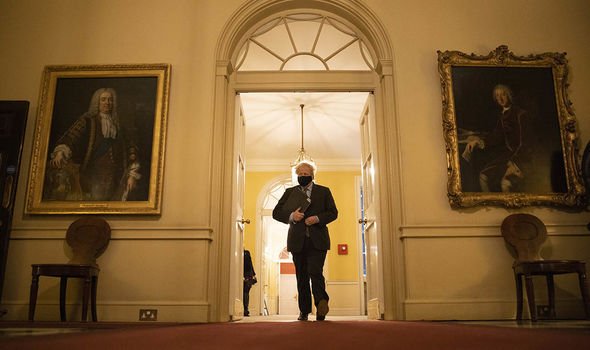 But he warned the easing of restrictions will lead to a rise in hospitalisations and deaths from Covid.

“No vaccine against any disease has ever been 100% effective,” the Prime Minister said.

“So whenever we ease the lockdown, whether it is today or in six or nine months, we’ve got to be realistic and accept that there will be more infections, more hospitalisations and therefore – sadly – more deaths, just as there are every year with flu.”

Government scientific advisers forecast a third wave of the virus that could kill more than 100,000 more people, a document released from Whitehall last night showed.

Mr Johnson insisted the key dates in his road map were the earliest possible moments for lifting restrictions and could be pushed back if four new tests covering vaccinations and infection rates are not met.

He said he would “rather trade some haste for certainty” in setting his timetable. 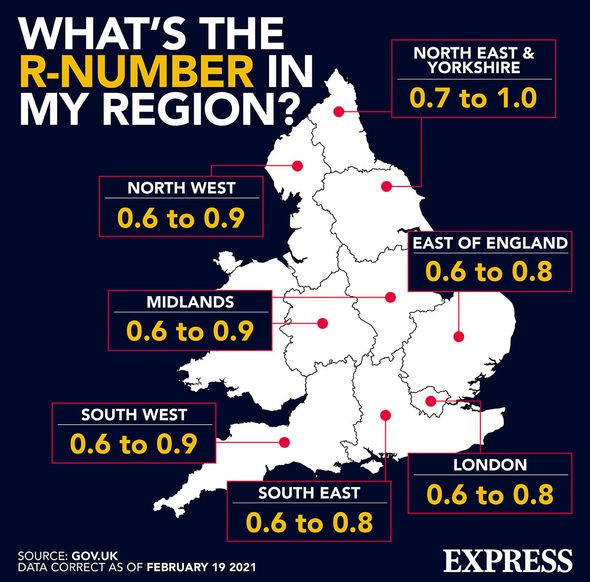 Announcing his long-awaited road map out of lockdown to MP at Westminster, the Prime Minister said: “I say that today the end really is in sight and a wretched year will give way to a spring and a summer that will be very different and incomparably better than the picture we see around us today.”

He committed his Government to a new “stretching target” of offering a first vaccine dose to every adult in the country by the end of July.

The four step plan for England sets out the earliest dates rule changes will take place.

But Mr Johnson warned that any big changes, such as a risky new strain of the virus or spike in cases would put the breaks on progress.

Analysis of current covid data means the step one, which is split into two phases, can go ahead.

By the time the first rules are eased everyone over 70 or clinically extremely vulnerable will have received protection from their first dose of the vaccine.

The first step in lifting lockdown will come on March 8 with the reopening of all schools a limited relaxation on the ban on socialising.

Two people will be permitted to meet outside for a chat, a coffee or a picnic but no household mixing will be allowed indoors.

Every care home resident will be able to nominate a single named visitor who can make regular visits.

Up to 30 mourners will be able to attend a funeral but just six can attend weddings and wakes.

Throughout the first phase, the Government’s message to the public will remain: “stay at home”.

From March 29 and to coincide with the Easter holidays, outdoor socialising rules will be relaxed to allow two households to mix or a group of up to six people to get together.

Outdoor sports such as tennis and basketball courts will reopen and grassroots sport outside can resume.

But holidays will still be illegal and travel must be kept to a minimum.

The stay at home legal order will end but employees must continue to work from their properties if they can.

Step Two in the roadmap is due to come into force on April 12 with the call to “stay at home” to be replaced with a new appeal to “stay local.”

All shops will reopen and increased outdoor socialising will be allowed.

Restaurants will be able to serve customers outside and pub beer gardens can reopen, but groups must still either be up to six strong or made up of two households.

Mr Johnson said he is ending the “Scotch egg debate” by axing the rule that drinkers must have a substantial meal.

The 10pm curfew has also been dropped after complaints it did not work and harmed the sector.

But drinkers and diners must be served at their table.

The Prime Minister, whose blond mop is becoming increasingly wild, said he was “glad to say” hair salons will reopen.

Libraries and museums can open their doors once again but the focus is mainly on reopening outdoor attractions, such as zoos and theme parks, because the evidence shows the risk of transmission in the open air is low.

Indoor gyms and swimming pools will restart but only for individual or household exercise.

Campsites and holiday lets can reopen for single households.

Step Three, due to come into force on May 17 at the earliest, will allow indoor mixing to take place.

Families and friends will finally be able to reunite indoors

Outdoor restrictions on group mixing will end and a limit of 30 people on gatherings introduced instead.

Pubs and restaurants will be able to serve customers indoors, cinemas, hotels and children’s play centres can reopen.

Small indoor performances and larger outside events, such as sport and music concerts, will be allowed at a restricted capacity.

International travel may be possible.

Mr Johnson has set an ultimate goal of ending all Covid restrictions – Step Four in his plan – from June 21.

All limits on social contact will be removed in the final phase of the PM’s “road to freedom” timetable.