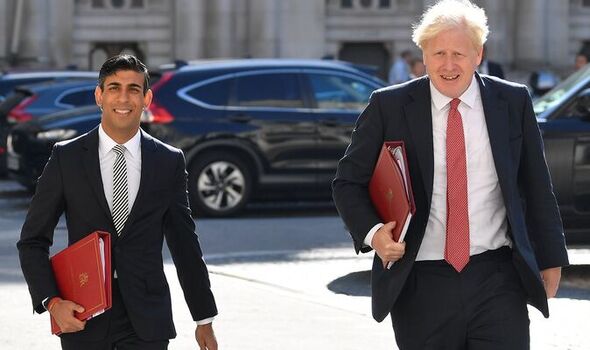 The Chancellor faced claims of a “conflict of interest” after it emerged he held a US residency green card after entering No 11 and his wife is a non-dom. Mr Sunak asked for Lord Geidt, who investigated allegations about the Prime Minister’s Downing Street flat redecoration, to be brought in to assess if he properly declared his interests.

A No 10 spokeswoman said Mr Johnson had “agreed to the request for Lord Geidt to undertake this work”.

Mr Sunak was keen to show he was getting on with the job yesterday as he named the final two sites in Darlington – Brunswick and Central Park – in the running for the Treasury’s outpost in the North East.The Government has reached a third of its target to have up to 300 Treasury roles based at the location.

More than 2,000 Civil Service jobs have already been moved out of London as part of the “levelling up” agenda.

Mr Sunak said: “It’s fantastic so many talented people here in the North East and beyond have taken the opportunity to work in the heart of government with more than 110 Treasury staff now in post.

“Our new campus is creating jobs for local people.That allows us to tap into a diverse range of skills and talent from right across the UK to better reflect the communities we serve.”