Vaccine passports: Expert warns of ‘push back’ from public

The Prime Minister, who used his Easter message to promise “brighter days ahead”, brushed off warnings from backbenchers as he gave the scheme the green light. A Liverpool comedy club will be the first to test the system next week. It will then be used at a handful of larger events, including the FA Cup Final and the World Snooker Championship in Sheffield.

Pubs, restaurants and businesses will not require passports for now and the Government says some sectors, including essential shops and public transport, will remain exempt. But the scheme is likely to be rolled out further, with officials suggesting it could help see the end of social distancing.

Those attending the trialled events will need a Covid ­certificate that will show they have been vaccinated or have already had the virus and so have natural immunity.

A recent negative test will also show on the certificate and allow entry.

The certificate can be displayed on a phone but the NHS is working on ­non-digital alternatives.

The Government is also in talks with the organisers of the Brit Awards, scheduled for May 11, so it could possibly become an event used in the scheme.

The evidence will be reviewed after the events to assess transmission risks in ­different settings.

Mr Johnson said: “We have made huge strides over the past few months with our vaccine programme and everyone in the country has made huge sacrifices to get us to this stage in our recovery from Covid-19. 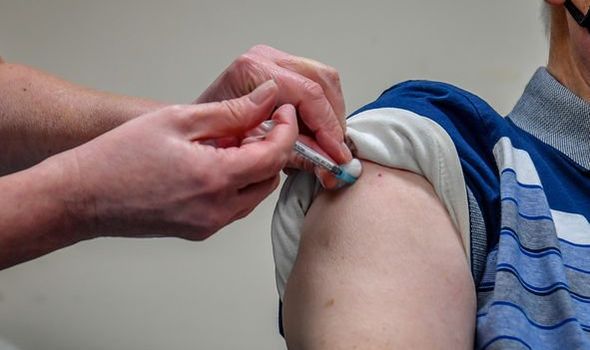 “We are doing everything we can to enable the reopening of our country so that people can return to the events, travel and other things they love as safely as possible – and these reviews will play an important role in allowing this to happen.”

The plan to go ahead with vaccine ­passports comes despite the threat of a major rebellion in Parliament on the issue, with 40 Tory MPs joining a cross-party group of 70 in signing a letter opposing the idea.

Labour leader Sir Keir Starmer has also described the proposal as “un-British” and raised concerns about personal freedom, indicating that his party may join rebels in opposing the scheme.

In a bid to quell the rebellion, it had been indicated that the scheme would be in place for less than 12 months.

But a Downing Street source has refused to confirm this time limit, saying: “That is pure speculation. We just don’t know yet.” 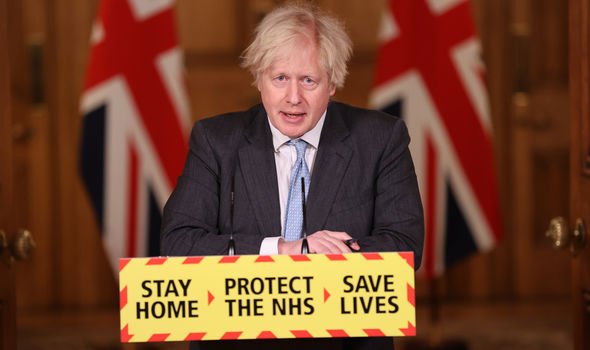 Amid fears that the passports would create Checkpoint Britain, a number of Tory MPs have made it clear they will join opposition parties to oppose them.

Sir Graham Brady, who chairs the ­powerful 1922 Committee of backbench Tory MPs and who has backed the Sunday Express’s Protect Our Freedoms campaign, said: “With high levels of vaccination protecting the vul­nerable and making transmission less likely, we should aim to return to normal life, not to put permanent restrictions in place.”

North West Leicestershire MP Andrew Bridgen warned: “Vaccine passports would be divisive, effectively creating an underclass of people who are not ­vaccinated, many of whom won’t be ­vaccinated for medical reasons.

“It is a major infringement of civil liberties.”

He also warned: “Parliament needs to be vigilant. The reason they are not ­talking about pubs and shops at the moment is because they know they won’t get it through Parliament.

“We need to make sure this is not the thin end of a very authoritarian wedge.”

Former Lib Dem leader Tim Farron also criticised the idea of vaccine passports, saying: “What we have got is a government that talks a lot about liberty – that is core to its narrative. 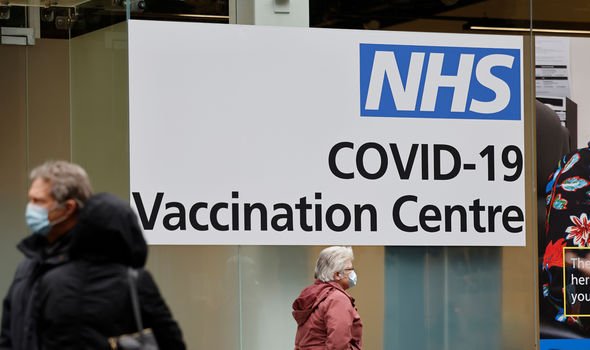 “But the minute the rubber hits the road they are not ­liberals or libertarian. They are authoritarian in their instincts.”

The Institute of Economic Affairs think-tank warned that the passports are part of a package of measures which are in ­danger of turning Public Health England into “The Office of Health Coercion”.

The passport scheme is part of a series of reviews being carried out with the aim of lifting the current restrictions.

A social distancing review will consider the “safest approach” to allowing closer contact between friends and families.

It will also look at ways of increasing transport capacity and reducing distancing requirements at work.

It is understood that the outcome of the Covid certificate trials could have a ­bearing on changes to social-distancing regulation. The Government also confirmed it will press ahead with the traffic lights ­system for foreign travel.

International travel will not be allowed until May 17 at the earliest. 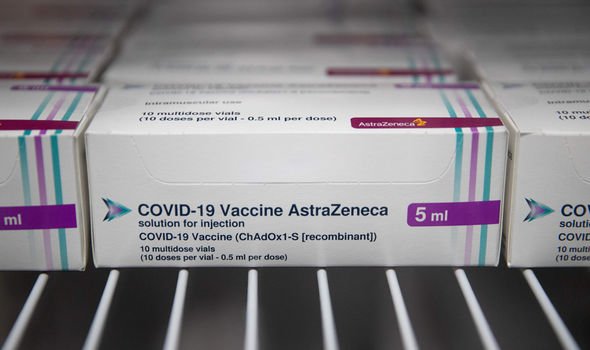 When the “Stay in the UK” message is removed, countries will be given red, amber or green ratings, depending on how they have been handling the pandemic.

There will be no isolation requirement for travel from ­countries in the new green ­category, although pre-departure and post-arrival tests will still be needed.

The “red” and “amber” restrictions would remain as they are now, with the requirement to enter quarantine or self-isolation upon return.

In his Easter message, Mr Johnson praised the work of Christians during the pandemic and acknowledged that the past 12 months have been “very tough times”.

But he added: “As ever, the arrival of Easter brings with it new hope and, this year more than ever, it brings the promise of brighter days ahead for us all.”

His optimistic tone came as the number of people who received their second dose passed five million.

The Prime Minister confirmed: “We’ve reached another milestone in our vaccination programme with over five million people now having had their second jab.

“I urge everyone to take up their second dose as soon as they are offered it.”

There were a further 10 deaths, the ­lowest since September 10, and 3,423 new cases reported yesterday.

Although there have been further warnings linking the AstraZeneca jab to rare blood clots, experts have suggested the risks are “minuscule” and that the vaccine remains safe.

Public health expert Professor Linda Bauld, of Edinburgh University, said there is no ­evidence that uptake of the jab is slowing. She said: “The Medicines and Healthcare Products Regulatory Agency is still consistently saying there’s no cause for concern and that is absolutely the message to people. It doesn’t look from the behavioural response and the surveys I’ve seen that it’s affecting uptake in the UK – and that’s really important.”

Dr Chris Smith, consultant virologist at University of Cambridge, added that the risk of clots happening is around one in 2.5 million, and side-effect risks were no higher than risks from other vaccines such as flu or polio.

He said: “You are much better off having the vaccine rather than catching coronavirus.”