The Prime Minister risks causing raised eyebrows in Brussels after inviting the right-wing populist for talks. The EU sees Hungry as a disruptive member of the trade bloc and has criticised the country for eroding democracy, the rule of law and press freedoms.

The country has regularly been vocal in criticism of the European Commission, frustrating unity among the group.

Mr Orban is a close ally of Russian president Vladamir Putin and has twice blocked the EU from issuing statements condemning China for actions in Hong Kong.

He has also previously praised Mr Johnson for delivering Brexit.

Ahead of his visit today the Hungarian leader said the EU was “weaker” without the UK and said he wanted “to build a new bilateral cooperation”. 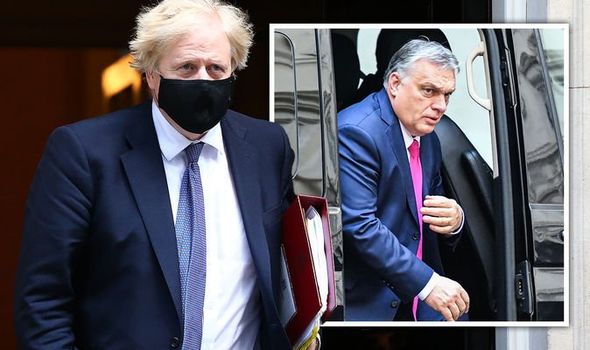 Last year he also described Mr Johnson and then-US President Donald Trump as “the most courageous, the most dynamic and the most ready to effect change” politicians in the world.

So far only Ireland’s president, Micheal Martin, has visited Britain since the UK’s exit from the EU.

Mr Martin held a summit on problems with the Northern Ireland Protocol with Mr Johnson at the Prime Minister’s Chequers country estate.

The decision to invite Mr Orban as the first EU leader to Downing Street since Brexit could increasing friction with the rest of the bloc.

Mr Johnson risks being seen to endorse those looking to undermine the European Commission.

Last year European Commission vice president Věra Jourová accused Mr Orban of “building a sick democracy”, in comments that highlighted the extent of the disintegration of relations between the EU institution and the member state. 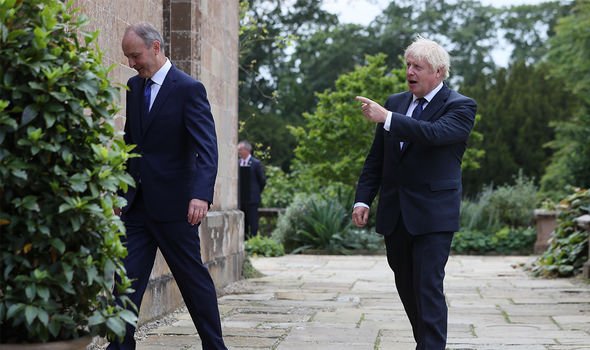 In a letter to Ms von der Leyen Mr Orban said the vice president’s comments were “not only a direct political attack against the democratically elected government” but also a “humiliation” to both the country and its people.

Mr Orban’s visit has been criticised by the Labour Party, with shadow foreign secretary Lisa Nandy demanding the Prime Minister take a “robust stance” in talks.

She said the Hungarian leader was one of Europe’s “most regressive” and claimed he undermined “the values the UK Government says it wants to defend”. 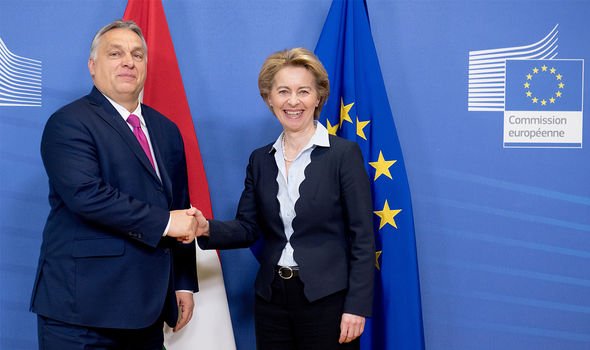 Mr Orban has been criticised for remarks on “Muslim invaders”.

He has also described migrants as “a poison”.

At today’s meeting, the Prime Minister is expected to bring up these human rights concerns.

“On all human rights issues we do not shy away from raising them, the PM has condemned those specific comments,” he said.

However, he defended the decision to invite Mr Orban to the UK.

He said: “As president of the Visegrad group of Central European nations later this year, co-operation with Hungary is vital to the UK’s prosperity and security.”

The official added the meeting would “promote UK interests in these areas and discuss issues in the wider region”.