Home » Politics » Boris to the US! NEW poll shows departing PM is STILL the most popular in America

The monthly tracker poll by the Washington DC based Democracy Institute for Express.co.uk has revealed that Mr Johnson remains easily the favourite foreign leader and one who almost three in 10 Americans (29 percent) want in the White House. The clear result is despite his woes in the UK. Mr Johnson  anounced his departure on Thursday after dozens of ministers quit his government over the Chris Pincher scandal.

The Prime Minister, who is marking his final weeks in Downing Street, was born in New York and would therefore qualify to run for the Presidency.

But more likely is that he could, according to some MPs, seek a media career over there following the end of his political run in Britain – where he also took on the role of Foreign Secretary and London Mayor.

Mr Johnson is still far ahead of Emmanuel Macron, who sits in second place on 20 percent. 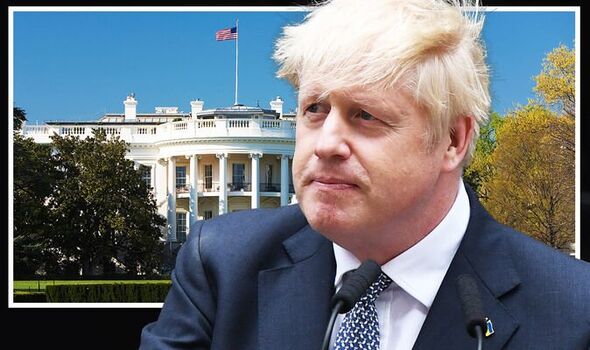 Democracy Institute director Patrick Basham explained that Mr Johnson’s popularity currently stems from his international fame but also the strong stance he has taken on Ukraine.

The Prime Minister has been instrumental in bringing the international community together to oppose Putin’s invasion of the Eastern European country.

Mr Basham noted: “Boris is the least unpopular of a list of comparatively unpopular and unknown foreign leaders.

“He’s better known than any of the others and the sense of him is probably still a little out of date so the bloom isn’t entirely off the rose with Americans who are aware of him.

“He is seen the most in favour of being very active in Ukraine – he has got a lot of coverage here in America in terms of leading that fight and being against negotiations.” 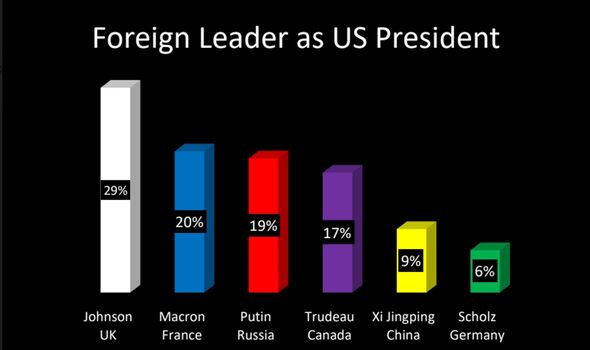 He went on: “That plays well with some, not all and the other options- Macron, Trudeau, Scholz – are either not well known or seen as too close to Biden.

“Trudeau in particular. He has been getting a lot of negative coverage.

“He’s a much younger, much more glamorous Biden.”

The 1,500 likely US voters were asked which foreign leader they would like to see in the White House.

DON’T MISS
Roe v Wade anti-abortion ruling will propel Trump into White House [REVEAL]
Nobody is too big to be fired and Boris should remember that well [INSIGHT]
POLL: Should Boris leave office now? [REACT] 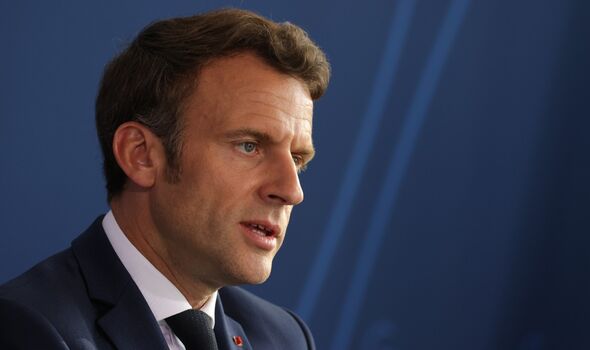